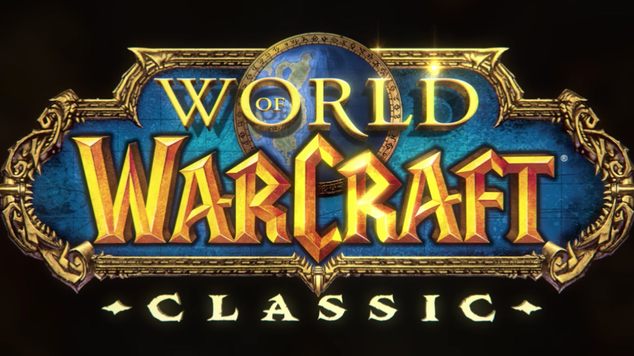 WoW Classic Is Important For The Genre, Not Just Blizzard
Can World of Warcraft Classic reinvigorate the MMO genre?

The announcement that Blizzard would be releasing a Classic World of Warcraft server set the internet alight. Millions of players revelled in the potential nostalgia of returning to Azeroth to start a new adventure, without much of the baggage that World of Warcraft has become known for.

Like many I find the thought of returning back to a simpler version of World of Warcraft undoubtedly appealing, and I have unfinished business with many of the core classes. However, there’s a wider issue at stake with the release of a classic server and that’s the long term future of the massively multiplayer genre.

I’ve written in the past about the health of MMOs and while the likes of Elder Scrolls Online or EVE carry on merrily, it’s fair to say that much of the industry - certainly big name publishers and developers - have turned their back on the once golden child. Although companies such as ArtCraft Entertainment, City State Entertainment and Intrepid Studios are flying the flag, their products are never likely to reach the dizzying heights of World of Warcraft.

Although it’s highly unlikely the release of World of Warcraft Classic will reinvigorate an entire genre in the face of stiff competition from MOBAs and Battle Royale, there will be those eagerly anticipating the results of Blizzard’s experiment. Where the modern MMO strives to offer players more and more, with complex systems, huge land masses and a never-ending supply of loot, World of Warcraft Classic will immediately buck this trend.

Make no mistake, by modern standards WoW Classic will feel bare-bones. Balance was wonky, crafting simple, dungeons linear and everything took considerable time. For me and many others, that’s a huge reason for returning. If nothing else, and if WoW Classic is a success (highly likely), it will prove to the AAA studios that less absolutely can be more.

The charm of World of Warcraft at launch wasn’t just because it was shiny and new (though the Blizzard polish certainly helped), but because it was devilishly simple with a beautiful game world. Irrespective of all that developers now throw at the genre (you only have to play Guild Wars 2 to see how bloated it has become), players didn’t seek as much content because most of what was on offer provided its own longevity. Without a lack of immediacy (remember having to travel just to enter a dungeon, or queue for PvP?) the game and its content protracted itself.

I’m not suggesting that WoW Classic will offer limitless entertainment (players will inevitably reach “end game” and cry for more), but the days of MMOs that encourage team-work, communication, face to face discussion and physical travel are long gone. Everything players love about MMOs has been sanitised in favor of immediacy; much to the detriment of the genre.

We don’t yet know what patch WoW Classic will offer, and it would be incredibly unfair on Blizzard to suggest that they haven’t vastly improved on what the game originally offered. In the process of attempting to appease its insatiable player base however, the soul of what made World of Warcraft appealing was lost. I don’t want to instantly teleport into Dungeons. I don’t want to avoid chatting to players face to face. I don’t want my Guild to be meaningless. I don’t want to queue for PvP anywhere in the game world. I don’t want leveling to be trivialized. I want immersion.

I’m under no illusions that World of Warcraft Classic, in comparison to many of the titles on offer today, will feel rough around the edges. Out of the gates, balance was wonky (if downright terrible), quests were simplistic, having to constantly eat and drink a source of frustration, and some dungeons were far too linear. Despite that, has much really changed in the genre?

Combat may have gotten quicker and slicker as time has passed, but I wouldn’t consider any other elements the competition are offering, vastly superior to that of vanilla WoW. If anything, the game still retains some of the best classes of all time, a seamless world (how many can boast that?) and an infrastructure that truly supports a variety of playstyles.

Even if it transpires that World of Warcraft Classic really has aged badly - too badly for me to enjoy - I still hope that it does well enough that the genre is reinvigorated to a simpler time. It’d be nice to know that AAA developers are once again casting their eye over the genre.