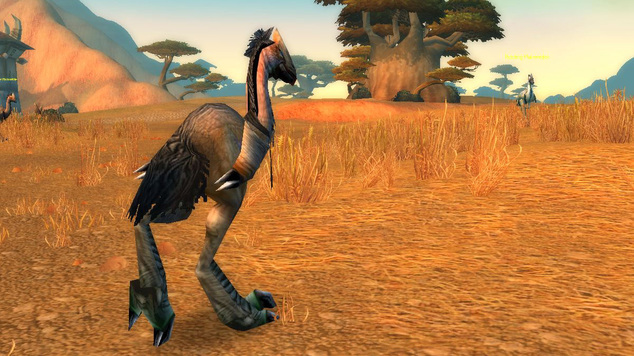 One of the biggest things about Classic WoW is how you do not feel like some Hero. You instead feel like some poor wanderer that is doing daily chores that anyone asks of you, just for a few silver. No enemy is a cakewalk, and even the lowly Plainstriders of the Barrens can pose a serious threat.

While leveling a Shaman in the Classic WoW beta, I, as a level 12 Tauren Shaman, with gear that I mostly acquired at levels 1-5, encountered the most ferocious beast. The encounter saw me spend my entire mana pool on four lightning bolts and a flame shock. The Plainstrider, who I will now refer to as Bob, shrugged off three of the four lightning bolts, resisting them as if I was throwing Play-Doh. At this point I was concerned. I have to use my staff with Rockbiter in almost every fight, but Bob had entered my melee phase with much higher HP than any other mob before. Once I began my one swing (every 3.1 seconds), I knew I was in trouble.

Bob must have trained in Karate all of its life because it just kept parrying my attacks. Bob was relentless, pecking my HP lower and lower as I failed to land a blow against the monster of a Plainstrider. After 15 seconds I realized that Bob could not be defeated. As a final resort, I started to run, but Bob was fast. As my HP dwindled I had one last hope: I dropped my Earthgrab Totem, hoping to slow down my pursuer. I turned to see if it worked, and as I did, I saw one word fly up my screen. Resisted. At this point, I knew I was done for. I watched in terror as Bob landed his final peck, killing me.

Some say that Bob still roams east of the Crossroads to this day, waiting for any adventurers who are foolish enough to challenge him.