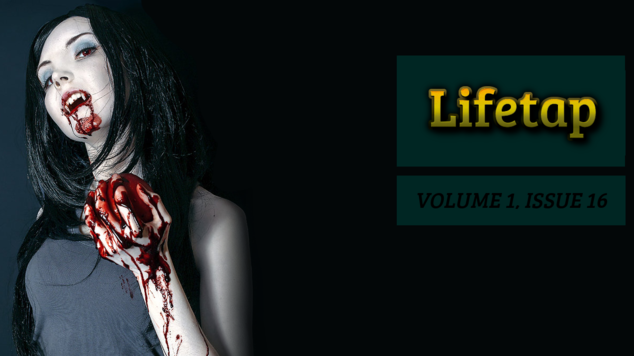 Basking in the Warm Glow of Screencheat

Lifetap Volume 1, Issue 16 – Basking in the Warm Glow of Screencheat

Today Sardu takes a closer look at Screencheat, the upcoming first-person shooter from Samurai Punk where everyone on the map is invisible. Due out next month on October 21st, a new infographic details beta stats, while Skylatron gets the scoop on what makes the game tick during a brief PAX Prime 2014 interview.

Amidst all the high profile triple-A titles being released over the next few months, there are also a number of lesser known indie titles that are equally deserving of attention. One of these gems is based on a very simple twist on first-person shooters known as Screencheat. We had our first opportunity to play Screencheat during PAX Prime earlier this month, and felt it was one of the best new titles to be found in the Indie Megabooth this year.

If you’re not familiar with Screencheat, the premise is pretty simple. Screencheat is a 2-4 player split-screen multiplayer FPS that can be played either locally or online where everyone on the map is invisible. There are currently eight weapons, each getting progressively more ridiculous than the last. For example, you can wield a hobby horse and use it to run down other players, or light them on fire with the candelabra. 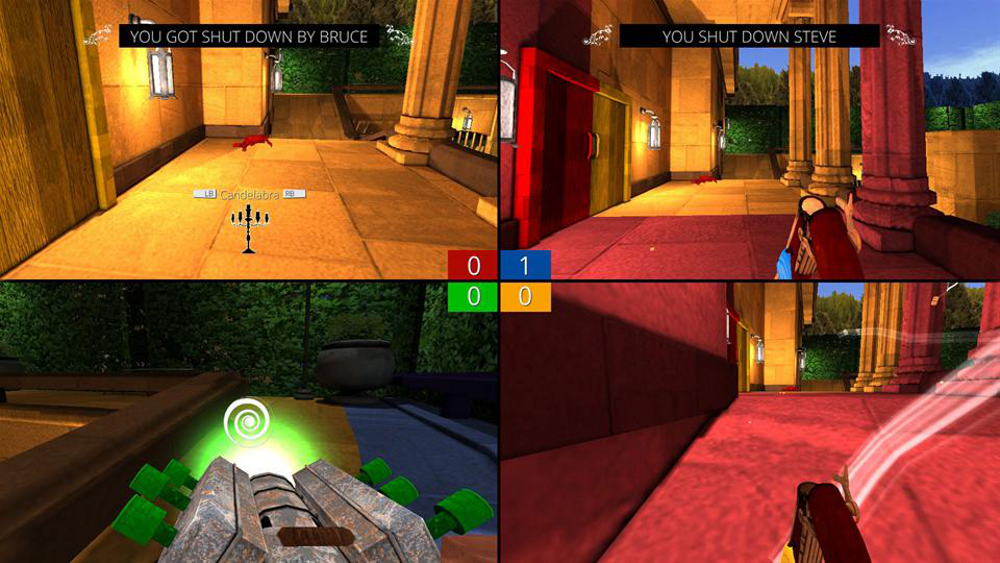 While you can’t see your enemies on the map, you can see their current location due to the use of split-screen. I used to spend a lot of time playing Unreal and Quake back in the day, and while I found much joy in refining my sniper skills, getting a kill in Screencheat feels like an even bigger victory since you’re constantly aiming at invisible targets.

Having recently wrapped up beta, developers Samurai Punk and publisher Surprise Attack games whipped up an infographic that details some of the statistics on the game: 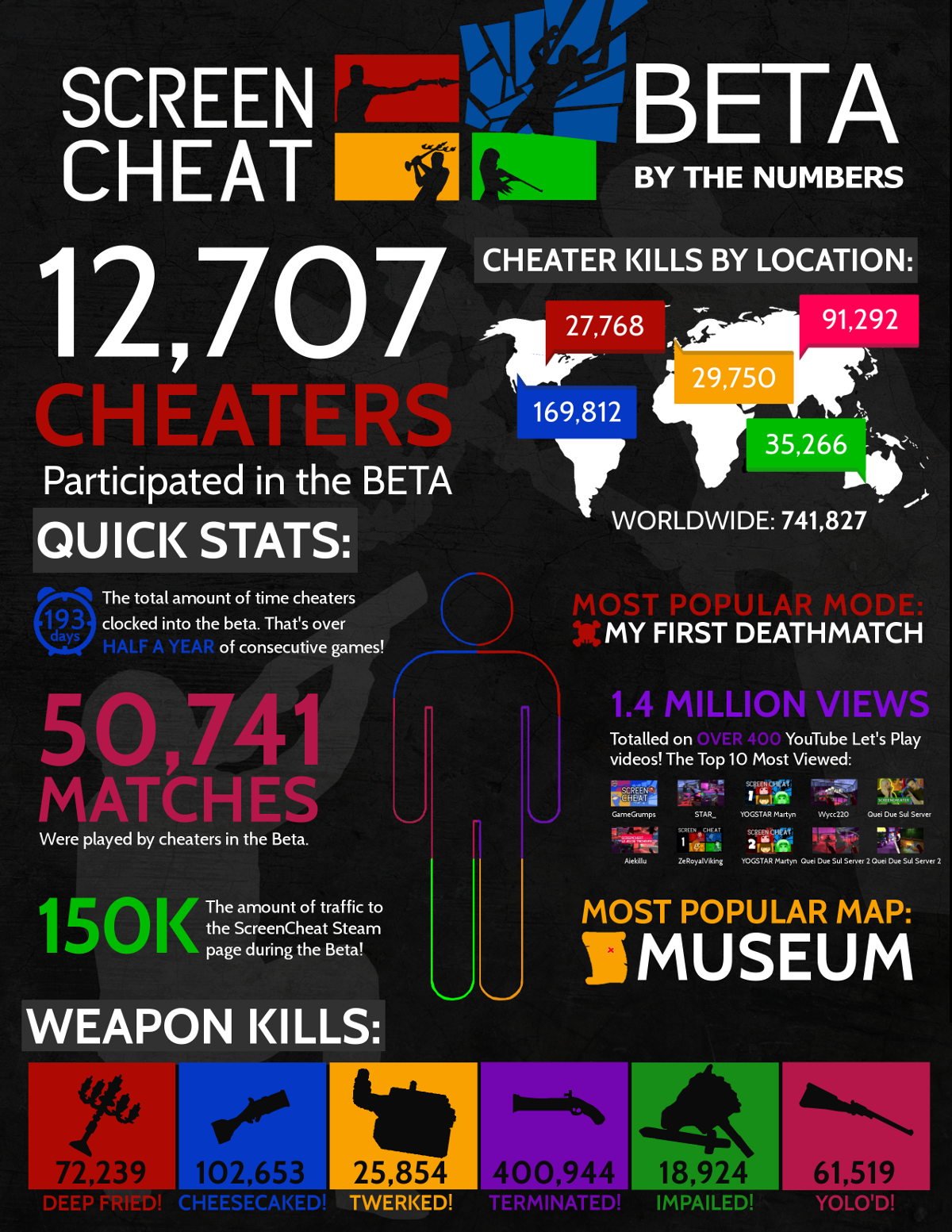 Following our hands-on session with Screencheat during PAX Prime, Skylatron did a brief interview with the folks from Samurai Punk to talk about some of the humor found in the game, among other things. This one was intended to run immediately following the event, but initially it appeared as though the file was corrupt and wouldn’t be usable.

As luck would have it, earlier this morning I managed to salvage the footage and package it up for your viewing enjoyment. While it’s not the prettiest of event videos, it’s worth a watch if you’re unfamiliar with the game, or already looking forward to the launch next month.

Screencheat is due to drop next month on October 21st and will be playable on Windows, Mac, and Linux. Be sure to hit up the official site for more info, or you can scamper on over to your friendly neighborhood Steam where you can pick the game up at a 34% discount through launch next month. At $9.89 it’s totally worth picking up if you’re looking for a fun, offbeat FPS unlike anything else you’ll play this year.

To read the latest guides, news, and features you can visit our Screencheat Game Page.