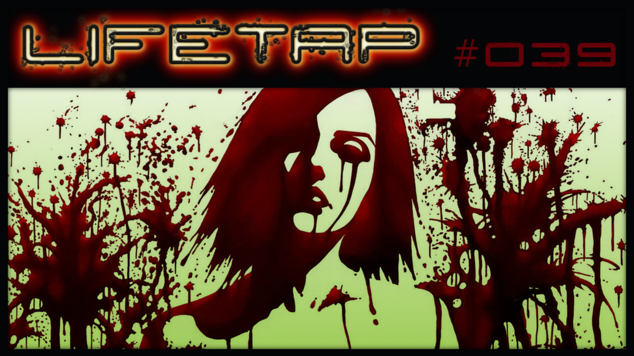 Brave New Virtual Worlds
For the first blood-curdling issue of Lifetap in 2015, Sardu sets out to explore the topic of crowd funded MMOs

For the first blood-curdling issue of Lifetap in 2015, Sardu sets out to explore the topic of crowd funded MMOs, inspired by his recent foray into the Early Enrollment period of Pathfinder Online. Today’s issue of Lifetap is brought to you by the letter R, and thanks to generous donations from the Society of Imaginary Friends.

It wasn’t all that long ago that core MMO gamers were up in arms about the concept of monetizing beta access. The Nerd Rage Chamber Orchestra would reach cacophonous crescendos at the mere mention of selling beta access, be it through premium key distributions or otherwise. For example, does anyone remember how much forums would light up brighter than a 1000 foot tall bonfire when beta keys would hit Fileplanet.com as premium-only offerings?

While it really wasn’t all that long ago in the grand scheme of things, a lot can change in terms of baseline consumer acceptance in the span of five or six years. Just look at the radical turnaround of the Old Spice brand thanks to some clever marketing campaigns. For as far back as I can remember, Old Spice was considered that horrid grumpy old man cologne you’d purchase in gift sets as a last ditch effort during the Christmas season or on Father’s Day. Now when I think of Old Spice, things like this instantly spring to mind:

The same era that produced so much venom at the mere mention of paid beta access also induced hysteria in the vocal minority if you dared evoke the dreaded micro-transaction buzzword. What’s interesting in the case of micro-transactions is that it was a case of monetization strategists correctly implementing a business model that fell directly in line with what would become the predominant consumption model for mobile devices and tablets not long after.

The perception has done a full 180 degree turnaround, to the point that people rage against the subscription model machine as much as they once supported it. In the current climate of PC gaming, anything short of making client access and ongoing access to video games as a service completely free is bound to bring out the pitchforks from the current generation of online gamers. Of all the records World of Warcraft will go down in gaming history for, who would have guessed that the longevity of its subscription service would be one of them?

One of the safest bets you can offer to potential pre-Alpha adopters via founder’s packs is access to the Alpha program once it spins up. Some – though not nearly enough, in my opinion – will be cautious enough to stamp access at the proper start of the Beta phase, or limit Alpha access only to the highest tier(s) of backing in limited runs. But at the end of the day, we’ve adopted – as a culture – the acceptance of paying the equivalent of a full retail box copy price to access largely unfinished software that will eventually be offered as a free download.

The hook here is that it is intended to help insure that your voice will be heard during the development process; that your feedback can have a more direct impact the final product. The hidden conceit that seems to get glossed over is that it also basically means your input on non-crowd funded gaming projects means squat. That developers don’t listen to your feedback, and that they’re going to make the game how they intended in the original design documents regardless of what gamers have to say about the matter.

The sad truth is that’s how the system has traditionally worked. Ye who funds the project, helps influence and determine its final outcome.

That funding used to come predominantly from wealthy investors who oftentimes understood very little about the actual MMO you were attempting to create. Here is an example:

Ten people with deep pockets tell you that voice acting is expensive and stupid. You don’t need it in your product and you had better listen because this group has helped fund your development. You have to make a choice: listen and change your product, but lose out on a potentially larger audience that you originally were targeting. If you don’t listen, you already know those 10 folks are vocal and demanding enough that they’ll cry foul and you run the risk of damaging the market potential of the product if funding is pulled.

This can very quickly devolve into the exact lose / lose situation that studios are attempting to avoid by circumventing the major publishing and investment backer pyramid scheme.

Dawn of the Dead Funding Model

Touching on the transition into crowd funded projects seemed to be very fitting for the first issue of Lifetap in 2015. This year is dominated by major MMO and online game projects that are being funded through founder’s pack and early access programs. A quick glance at the list of titles on our current Most Anticipated Games of 2015 poll and you can see the very real trending in that direction. 7 out of the 15 titles listed have already begun or expressed the intent to fund development through a variety of crowd funding initiatives.

While there are certainly pros and cons to this trending, on the whole it is giving us more power as consumers than we once had. In the old paradigm, all we could do is sit and patiently wait for a finished product to drop, all the while watching as hype grew to epic proportions. Expectations were rarely met, and hardly ever exceeded, giving the perception that the market for new MMOGs has dwindled over time rather than grown.

For the sake of full disclosure, and as a final note before I scamper off to resume working on various projects in my secret underground laboratory, I’ve recently begun my journey into Pathfinder Online as a project backer via the Early Enrollment period that kicked off earlier this week. Time permitting, I’ll be sitting down with the game over the weekend and will be offering up my thoughts on the current state of the game sometime within the next week.

In the meantime, I’d encourage everyone to ride your magic pogo sticks over to our Most Anticipated Games of 2015 poll to cast your vote(s) for the title you’re most looking forward to this year. At the time of this writing, Shroud of the Avatar is leading the pack by a large margin, and helps illustrate the influence of open development on fan engagement and support.