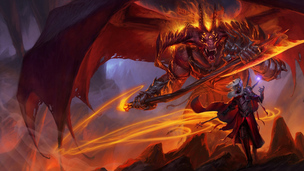 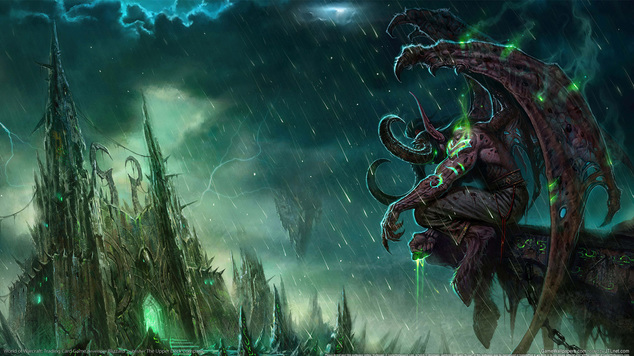 Crossing Lines and Blurring Expectations
Another edition of the Gravity Well is in and Alex, a.k.a. Veluux talks cross-genre gaming, featuring Sword Coa

Welcome to another edition of the Gravity Well, the place where I store all my high-density thoughts and hopefully either pull you in or force you to course correct in some way. While it doesn't quite possess the power of a collapsing star, it occasionally comes close - as my wild thoughts on game design destroy any hope you might have of escaping in the same dimension or capacity in which you currently exist.

Today I want to dive into one such topic that might warp your mind and make you question the laws of the gaming universe:

In case you weren't aware, two of the most successful game genres today (and the two that we feature heavily here at TenTonHammer) originally started out as cross-genre hybrids.

Both MMORPGs and MOBAs found their origins as curious game experiences caught between genres.

MOBAs are probably the more obvious of the two. As one of the most popular and heavily populated genre's today, and arguably reason that eSports are even on anyone's radar, MOBAs have changed the gaming universe dramatically. What originally stemmed out of a handful of map-mods from the realm of Real-Time Strategy, these ideas quickly caught fire as a totally unique gameplay experience.

Players took hold of the controls in a familiar RTS isometric viewpoint and guided a single champion to victory in a short, but epic little arena team brawl. It played like RTS, but felt like Action-RPG, all while rocking to the beat of classic Hack & Slash. MOBAs were the love child of action and strategy, with just enough role-playing elements to give themselves a unique identity in terms of overall gameplay.

While online battle arenas did exist in various forms prior, none of them felt quite this good and satisfying. Players seeking strategy, skill, team-tactics, and micro-RPG evolution finally had a place to call home. And not only was it an engaging experience, it created in a format where people could really compete. It turned team-based action gaming into a legitimate sport, as teams from popular MOBAs around the world started going pro and competing in world championships.

Riot Games has arguably been leading the charge with League of Legends - a DOTA-mod inspired game that has since grown into the world's largest online competitive game and never seems to stop innovating within its own play-space. Every new season, Riot tries to refine what it means to be a MOBA and how to make this new genre set itself apart from those which bore it into existence: RTSs and Action-RPGs.

I've talked about this in the past, but I just wouldn't feel right talking about the origin of MMORPGs without first declaring that MUDs were the true first-gen model of this genre. Later improved with updated graphical environments and a lot more mechanical automation, MUDs were the beginning of something miraculous. They were the infusion of classic table-top RPG games like Dungeons & Dragons being merged with wide-world of the internet and the unique borderless multiplayer social environment that it offered.

MMORPGs as we recognize them today were a huge upgrade to that experience, visually, boasting some of the most memorable social RPG experiences many gamers today often reminisce about. Initiated with Meridian 59 and later improved by MMORPG grandfathers like Ultima-Online, Lineage, EverQuest, and Asheron's Call; this genre emerged to dominate the online-gaming environment - providing an experience that no other genre could emulate.

MMORPGs took the classic Table-Top RPG experience and infused with with the familiarity of epic hero-driven single-player RPGs in a way that rocked the gaming world to the tune of nearly a hundred million active MMORPG players (between all games combined). World of Warcraft remains the popular western juggernaut, and FFXIV arguably the current favorite on the eastern front; with many new and old MMORPGs battling for a growing audience of players world-wide.

More Than Meets the Eye

Today, it's easy to look back at the origins of these two game genres and see how they achieved their success... but only portion of designers and developers getting in on the ground floor to innovate by merging drastically different genres to form a completely new type of gameplay experience really understood the implications of what they were doing. Most people back then didn't have a clue (myself included); even many of the developers working on some of gaming's most revolutionary titles.

Most of us didn't see it coming, and how could we?

The reality is, that most of us weren't really looking - nor were we considering the implications of that early innovation; but oh, how times have changed! Today just about every single gamer has instant access to the latest news and information happening within our universe. Sometimes we even stumble across breaking news that the developers hadn't even intended to share just yet. Other times, games have been announced very early on and future-players have gotten to watch these projects blossom into greatness.

Even more telling than that, gamers today are growing more and more aware of how technology works - with the average player today having a much-improved understanding of the basics of all the technological wizardry that happens behind the scenes. Powerful tools, tutorials, and other elements of game design that were once reserved for serious developers are now available to the public at very affordable costs. The boom of the Indie gaming market is a testament to just how many passionate gamers are out there trying to create a dream-game of their own.

Scrying the Present for Future Impact

Just in this past year, a handful of new and emergent game concepts have flitted into my field of vision. I've talked at length about both EverQuest Next and Revival and how they plan to resuscitate the social experience that early MMORPGs sought to offer, so we'll leave those two titles alone for now.

But games like Sword Coast Legends and the newly discovered Labyrinth are acutely on my radar right now.

A Return to Action Role-Playing

When I first considered SCL and the impact it might have, I was worried by the complexity of the Dungeon Mastering tools for fledgling RPG players that might not understand the depth of plot, character, and scenario creation that classic Table-Top gamers adore. Likewise, I also feared that Table-Top gamers would be turned off by the amount of limitation that a graphical environment and so many automated mechanics inherently carries.

However, after playing hours of the single-player campaign with friends, I've come to the conclusion that those things will iron themselves out in time. The game itself is worth the cost of buying in simply on the single-player campaign alone. Add to that the potential of custom campaign creation that can happen on the side (and more complex adventures that can be crafted as time and future development will facilitate) make this game uniquely appealing.

Should it ever depart from its current status as a cross-genre hybrid and emerge to create a unique genre of its own, I won't be surprised. I'll certainly be excited though, as the Forgotten Realms is hands-down one of my all-time favorite fantasy settings ever created. Only time will tell how impactful this game can become.

Getting Lost in a Labyrinth of Fun

In addition to the games listed above, a new Kickstarter concept (a form of crowd funding that I truly loathe for game projects) has recently launched that isn't just shyly stepping out there in the world of hybrid-genre gaming.

Labyrinth, as it has been titled, is boldly declaring itself a cross-genre game and appears very confident in their unique creation. After seeing a demo and sitting down with some of the developers and creators behind the project, I find it very hard to locate flaws in the experience - and it's still pretty early in the process. As a game theorist who continues to find myself growing more and more critical (and personally picky) about the games that I am interested in - I find myself intrigued by what they're doing.

The game itself is a unique marriage of strategic dungeon crawling and collectible card gaming goodness. Already, the mechanics appear solid - and the art/graphics borderline phenomenal. Labyrinth is brilliantly and beautifully attacking a weak spot between Strategy, Action-RPG, and CCG/TCGs without being overly aggressive and reckless.

Most curious of all, I will be watching how the asynchronous multiplayer "PvP" (which is truly feels more like PvE) grows and develops and whether or not it can attract the massive audience caught up in the addictive asynchronous multiplayer mini-games that dominate the browser-based game world. I don't believe critics can easily dismiss the appeal of catering to casual gamers.

If balanced properly, hopefully the creators of Labyrinth will be able to pull the kind of player-base that League of Legends and World of Warcraft have by finding a unique way to provide a fun and compelling experience for both casual and serious gamers alike.

If you're curious to learn more about Labyrinth and what it's unfolding to become - be sure to tune into TenTonHammer Talks tomorrow afternoon as Jeremy and I sit down with the creators to discuss the nuances of the game and answer questions from the live audience. The show airs regularly every Friday at 3PM Eastern for about an hour on our offical Twitch.tv channel: TenTonHammerNetwork.

Thanks for reading this edition of the Gravity Well! Hope you join me tomorrow and have a great weekend!