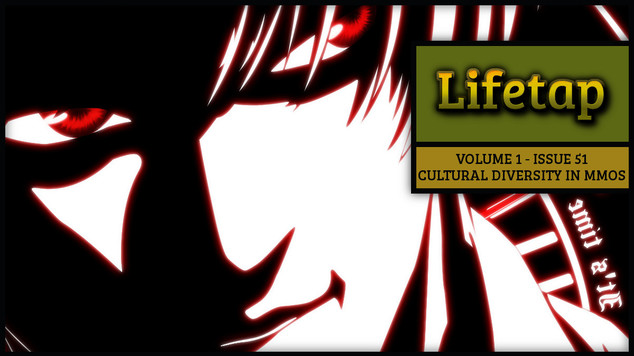 Cultural Diversity in MMOs
Racial selection in MMOs used to have a real impact on gameplay. In more recent releases, not so much. In the l

The MMO industry, as a whole, has undergone many radical changes over the years when it comes to the more immersive aspects of gameplay. As corporate interests game into play and budgets became increasingly more bloated, so too did expectations for financial returns. One of the many byproducts of this has been the widespread sanitization of many genre staples that have left more recent titles feeling like pale imitations of the original concept.

One thing seemingly left on the cutting room floor is the concept of proper cultural diversity in MMOs. I’m not necessarily talking about the purely cosmetic layer, or hints of storytelling logic, but true and impactful choice when it comes to selecting to play as a given race.

There are many root causes for the shift away from things like proper racial skills, enhanced stats, or even factional awareness of character race by NPCs. The latter does tend to be at least somewhat present in titles released following World of Warcraft, but in a very diluted form as a means of injecting artificial replayability, or to justify having a tacked-on PvP system.

Major culprits for this shift in philosophy include the perception of imbalance and what that means for player retention, and ongoing budgetary concerns.

Perceptions of imbalance somewhat speaks for itself. If there is one thing we’ve learned over the years about MMO gaming communities, it is that they don’t like the idea that another player may have any form of advantage based on game mechanics. Combine that with the mindset that you should always aim for the best possible configuration for a given class, and you can indeed have a recipe for disaster.

Grant one race an advantage while wielding a sword, and you’ll have a segmented community. Some will be pissed off that the race they prefer playing will never be as good at swinging a sword no matter how skilled they are as a player. Others will automatically assume that if you are going to wield a sword, you obviously have to select the race that can do so best.

The real bummer is that kind of thing used to be perfectly acceptable. Why should a race of diminished stature like gnomes be able to do as much raw damage with a sword as a lumbering ogre? It shouldn’t, plain and simple.

This used to be offset by giving that race an altogether different advantage. Ogres are dumb so they can’t ever master schools of magic as effectively as a highly intelligent race like gnomes. It sounds very simple, and has worked out well in older MMOs. It was an immersive layer that is missing in recent titles, and I consider the genre to be worse off for it.

Interestingly enough, the same concept is still present in online gaming, even if not readily apparent on the surface. Your choice of tank in World of Tanks helps provide an advantage while assuming a specific role. The same logic applies to character selection in pretty much any MOBA on the market. So why don’t proper MMORPGs continue to embrace the concept?

One could argue that your tank or MOBA hero is more akin to class selection in an MMO. While that might be partially true, those choices are still providing an out-of-the-box advantage in one direction or another for having made that choice in the first place. One hero moves faster than another, or can absorb more melee damage. How is that any different than an ogre being able to hit for more damage with a sword?

Guild Wars 2 is a prime example of a game that went 80% of the way towards injecting proper cultural diversity, but then backed off when it came to that final 20%. Racial skills exist, but they are largely pale imitations of other existing skills, and simply aren’t worth adding to your skill bar in all but maybe one or two cases. The sylvari turrets at least attempt to provide something more meaningful and unique for having chosen to play that particular race, for example.

Otherwise, the choice of race in GW2 boils down to cosmetics, some basic storyline variance at lower levels, and perhaps visibility or targeting concerns in PvP. That’s pretty much it. Otherwise the game takes the melting pot approach and artificially injects it into the core storyline of the game. Mighty heroes setting aside their differences and banding together to slay the evil dragons and all that nonsense.

It comes as no great surprise that newer independent projects like Project Gorgon are at the forefront of bringing back some purpose to racial selection. The capitalist mindset of larger studios and publishers will always dictate that you follow pinball logic when creating an MMO. In other words, you follow the path of least resistance if you want your product to appeal to the widest audience possible.

The result is a very stagnant slice of culture that will continue sitting with its thumb up its butt until someone comes along and shows a new or more interesting direction to take. Then we’ll suffer through another decade of stagnation while that concept is beaten to death by 10,000 imitators as tends to be the case more often than not.

Pro Tip for Publishers: Originality will make you more money than regurgitation. Easier said than done – believe me, I know – but don’t be so scared to take some risks every once in a while at the very least.

The same applies to giving players a more meaningful gameplay experience in MMOs. Many of us are sick of the one-upmanship surrounding active combat systems at this point. Consider things like revisiting proper cultural diversity and pushing that forward instead. Some gamers are bound to bitch about perceptions of imbalance, but I consider those to be dialogs worth having.

As a final note, there are definitely some other major triple-A titles that have attempted to factor in race selection in meaningful ways in recent years. The Elder Scrolls Online is one of them, though it is still a diluted version of what might have been.