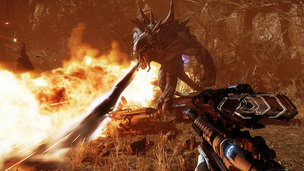 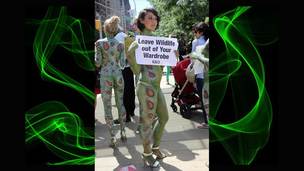 PETA Protests Against Evolve
PETA has petitioned for more humane treatment of the “Monster” in the recently released game, Evolve.
Column
Evolve 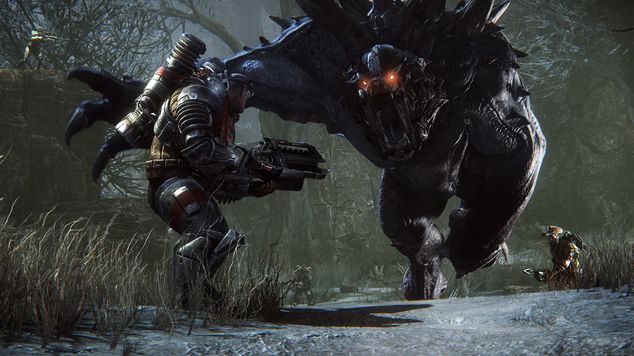 Evolve Is Dying
Evolve is hemorrhaging players and is about to implement observer mode. When there's barely any players to watc

It might have just announced an observer mode, but Evolve is well and truly struggling for players. I championed the game and think its a brilliant multiplayer experience. The problem is that the paying public disagree to the point where finding a game is becoming more and more difficult.

When Evolve launched, it was in the top ten games played on Steam. Averaging around 35,000 players, it never reached the heights of Counter Strike or Left 4 Dead 2. Instead and as I predicted, despite being a solid game its crashed out of the top 10 and is now sat with an average of 2,500 active players. Even Left 4 Dead 2, Turtle Rock Studio’s previous game, sits around 10,000 players. What went wrong with Evolve?

If anything and despite me loving the game, I’d have to say it’s pretty dull. It’s not an entirely original setting, the Hunters are horrendously stereotyped and even the creatures, despite being brilliantly designed, don’t quite have an allure like the Infected. If there’s anything else, I’d also say that the game modes on offer in Evolve are just too simplistic. There’s not enough for Hunters to do besides chase the Monster and there’s not enough for the Monster to do, for large parts of the game, besides Evolve. It needed more depth to objectives and it needed stronger gunplay. Unfortunately, Evolve is also an unforgiving game and if you find yourself on the receiving end of a particularly skilled Monster, you’re in for a whole world of pain. Worse, if your team of Hunters are coordinating properly you might as well call it a day. Sadly, that’s the thing that I love most about Evolve but it’s also likely what pisses off so many players.

Even with the addition of Observer mode, it’s going to have absolutely no impact on the amount of players participating in matches, or watching it on because if the existing owners of the game find it too boring to play, they aren’t then going to watch it, are they? Who honestly cares about a Daisy cam or jumping between character cameras? It’s such an entirely pointless addition to the game when there are larger problems that need rectifying.

Can Evolve stop the loss of players? I really don’t think so at this point. Its had its reviews (some good, some bad) and many players have already abandoned the game after only a few weeks. Games are already taking a long time to matchmake and I’m finding more and more want to play Hunters over the Monster because they don’t want to pursue the constant need to Evolve. Worse, players are finding their Hunters are too simplistic to offer a huge level of depth: the depth of Evolve comes from working together, not necessarily your individual play.

If there’s anything Turtle Rock can do to stem the tide, it’s to expand the Hunt game mode and actually implement side objectives for the Hunters as well as for the Monster to complete. There’s a whole story revolving around the planet being under siege from Monsters as the colonists struggle to survive and yet you do nothing for them besides hunting the Monsters. Hunting Monsters is fun, but when a player is capable of actually stealthing as they should, there’s a drop in game speed that leaves people wanting to eat their own eyes.

Honestly, who gives a shit about an observer mode when it's a struggle to even find a match.

PETA Protests Against Evolve
PETA has petitioned for more humane treatment of the “Monster” in the recently released game, Evolve.