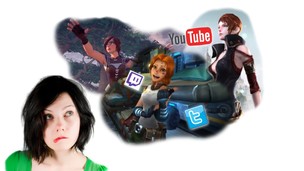 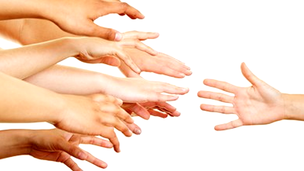 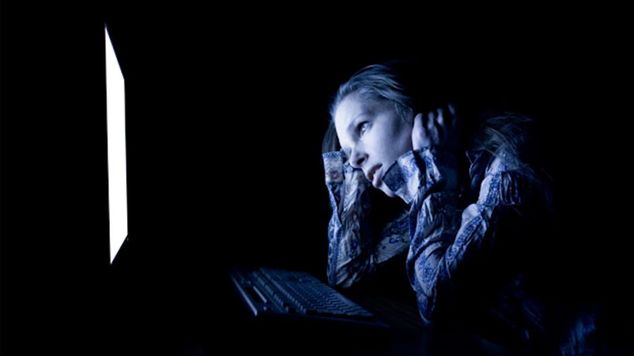 It happens slowly. Sometimes it takes a while before you notice that it’s hit you, but eventually you realize that life’s been knocking on your door and you just don’t want to come out to play anymore. Solitude is safer. If you avoid all but the most essential things (like going to work so you can keep your job and occasionally eating something that approximates food so you don’t slowly starve to death), then you don’t have to deal with doing things, such as socializing or participating in the hobbies or activities you used to enjoy. Put simply, when you’re alone you don’t have to pretend that you give a shit.

I’ve suffered from depression. Not just the occasional blues, but full-on clinical depression—the kind that requires the help of a good psychologist and some SSRIs. (That’s Selective Serotonin Reuptake Inhibitors, for the uninitiated.) I’m intimately familiar with Zoloft, Buspar (an anti-anxiety drug) and Wellbutrin (a non-SSRI anti-depressant.) Fortunately, I haven’t needed any of them in a while.

As a depression sufferer, I’m far from alone. 9% of adult Americans suffer from some form of depression. But is it worse for gamers? Can gaming make us depressed, or keep us depressed?

There’ve been studies. A 2010 longitudinal study (a study following the same participants over an extended period of time) found a correlation between compulsive gaming and depression in Singapore students (the children studied were in third, fourth, seventh and eighth grade). Researchers learned that the more impulsive the children were, and the more uncomfortable they were in social situations, the more likely they were to spend excessive time playing video games to the detriment of their grades and relationships.  They were also more likely to suffer from depression, anxiety and social phobias. The study showed that pathological gaming (loosely defined as consistently excessive gaming resulting in negative consequences) preceded depression in the students. In other words, the destructive gaming habits happened before the depression and other issues set in. That doesn’t prove that gaming causes depression, but it’s a connection worth considering.

What is Pathological Gaming?

Is there such a thing as gaming addiction? Anything done compulsively or in excess, to the point where it interferes with one’s everyday life, is problematic. The American Psychiatric Association’s Diagnostic and Statistical Manual of Mental Disorders (DSM-5) refers to “internet gaming addiction” as a “condition requiring further study.” This means that although it’s not officially on the books as a clinical disorder now, it’s certainly on the APA’s radar.

Problem gaming looks similar to any other addiction. The gamer is preoccupied with gaming, withdraws from family and friends, develops a tolerance (is able to play for longer and longer periods of time), and sets aside other activities he used to enjoy. He’ll feel as though he needs to cut back on the amount of time spent playing video games, but isn’t actually able to. Despite problems with work, social life, or spending, he’ll continue gaming.

Eventually, he’ll try to deceive family and friends to cover up for the amount of time spent gaming. And yet, despite the risk of losing friends or missing out on important opportunities, he’ll continue to use gaming as an escape from things like guilt, personal problems, anxiety... and depression.

In the comments following my article last week on gaming and narcissism, my coworker Vendolyn (Ten Ton Hammer’s awesome news editor) brought up the topic of the depression trap. Here’s what she said:

One thing I have seen happen in gaming is how it can keep people in a depression trap. I've seen friends who aren't happy with their lives, so they spend all of their free time playing games, which then makes real life unbearable. I call it gaming depression— something I struggled with myself. I think there has to be a healthy balance.

Of course, a healthy balance is the key to just about everything in life, but when it comes to impulse control things get tricky. Phil Owen interviewed Dr. Douglas Gentile (the researcher from the Singapore study) for Kotaku on the subject of gaming addiction and depression. Gentile said that although his study indicated something the researchers weren’t expecting—the fact that depression followed gaming and not the other way around—he doesn’t quite believe gaming actually caused depression. He described gaming addiction and depression as potentially comorbid—different conditions existing simultaneously.

We use gaming as a coping mechanism, even when we know that it’s ineffective or even making things worse and keeping us stuck. Unable to wrestle our emotional and physiological symptoms into submission, we do the one thing that lets us avoid them for a while—we escape into a virtual world. Unfortunately, though, the real world and the burdens of our symptoms are still waiting when we come up for air. And those burdens might force us to escape into gaming for longer and longer periods. Avoidance then begins to result in real-world consequences like damaged relationships and even job loss. Although we recognize excessive gaming as a contributing factor to our problems, it also becomes the only way to temporarily escape them, an emotional negative feedback loop.

Phil Owen’s article in Kotaku not only provides insight from researchers, but insight into his own downward spiral into depression and using gaming as a coping mechanism. He wrote:

SWTOR was my morphine. It did not fix me, but it delayed the inevitable and made me comfortable.

But is there a way out?

My own struggles with depression led to gaming in excess. I’m over that hurdle now, and I don’t want to go back. Although my gaming isn’t at problem levels, I do still do see myself turning to the internet more often than I want to out of boredom or habit, and I know that’s something I want to change. In fact, I believe that’s the first step for those looking for a way out of any negative cycle—accepting that things have gotten out of control, and knowing that you want to make a change.

I’m a writer and a gamer, not a psychologist. (Although I’m fascinated by psychology. Maybe you’ve noticed.) I can’t tell you what to do, but I can tell you what helped me. Once I realized that I wanted to make changes, I found that they key to pushing forward (right after accepting the problem) was reminding myself why I wanted to change in the first place. For me, the reason was that I wanted to be a better mother to my kids, and a better partner to my husband. I wanted to stop squandering my talents and do more of the things I knew I was capable of. I didn’t scold or use guilt as a weapon against myself, I simply acknowledged that my recovery was a work-in-progress, and I congratulated myself when I made some.

I also sought help. In the years that I struggled with depression, and the baggage that comes with it, I’ve had the guidance of some caring and brilliant people. Not only did I rely on friends and family for support, but I got into the trenches with a talented and compassionate counselor who helped me see the way out.

If you’re struggling with depression, and you find yourself escaping into gaming more and more, know that there are people who care and are willing to help. Reach out to understanding friends and family. Seek the assistance of medical professionals, starting with your doctor. (The National Institute of Mental Illness (NAMI) also has a great list of resources.)

Above all, don’t be afraid to ask for help when you need it—it’s not a sign of weakness, but a sign of strength. Weakness is giving up and sinking into the mire; strength is calling out for someone to throw you a rope so you can pull yourself to safety.