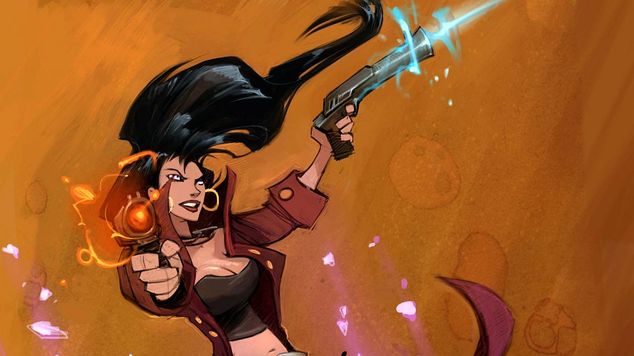 Grinding Monetization - Doing a Better Job Monetizing Free-to-Play Games
David has a look at how free-to-play game monetization can be better and should be better, before the industry

I think we can do free-to-play even better than we have it right now. I think, honestly, WildStar might be one of the best ways to go about it, as it is on the PTR currently, and depending entirely on how the subscription plays out. However, I think we can innovate a lot in how MMOs take our money for things. There is a lot of current examples out there that work really well. The best, most consumer friendly free game is the original Guild Wars, where the only thing you could buy was costumes, which I assume was enough to fund Guild Wars 2.

I think the first thing any system has to get rid of is lockboxes / keys, and the RNG involved with it. Everything offered has to be offered as-is. You need to be able to buy it with real cash too, and not space money. The conversion between space money and real money makes it impossible for me, someone who is match challenged, to figure out how much something costs without working it out in my head. If you can't buy it directly with real money, then the space money should follow the real money cost (100 space money per $1).

Pay-to-Win I think should be on the table, in any system, but only on the condition that it's a low point of entry in order to be a payer to winner, and not an infinite whale system. I think, a subscription that gives a benefit in endgame PvP is totally alright. I think that purchasing classes that are better at endgame PvP is alright. As long as the barrier to entry is cheap and the benefits are balanced. For instance, if a system where to have it where you simply bought your class, then all of the premium classes should be balanced. An example of this is Warhammer 40k: Eternal Crusade.

I think, that honestly, buying your class and having a small limited selection of classes that are free, but underpowered, is a great way of going about it. The free classes are obviously for demo purposes, but a one time purchase of a class gives it to you forever, and fits well in the MOBA theme. This though, I think, is impossible to balance and a big fear of mine in WH40k. I like the concept, but there is this temptation to make something more powerful than everything else, to get people to purchase it.

Again, pay-to-win is a possible component in my perfect monetization scheme. Not purchase a $100 weapon or $300 in lockboxes, but just a simple if you're a subscriber you get 10% more power in PvP. You could even go as far as to make it possible to seed in even amounts of premium and free players, so that it's even fairer. I'm okay with this concept, it makes money, honestly, and that means there is less things to push onto the player.

I think the perfect system also needs it where the community has a strong voice in how much money should be made. If the community wants the game to not have updates, are okay with how it is, and it's still growing then I think there should be less options / things should cost less. Sort of like Star Citizen, with how the community wanted more features, and paid for them.

Ultimately, I don't think there is a more perfect scenario than Guild Wars 1, but I think we can iterate on what's out there, and hopefully not always stick to the same formula moving forward. Any developers reading, please be more creative with your shops. Players, demand more from monetization and make sure that it's working towards not only the success of the business and people's careers, but also the players. Because players are what's going to make or break a game.