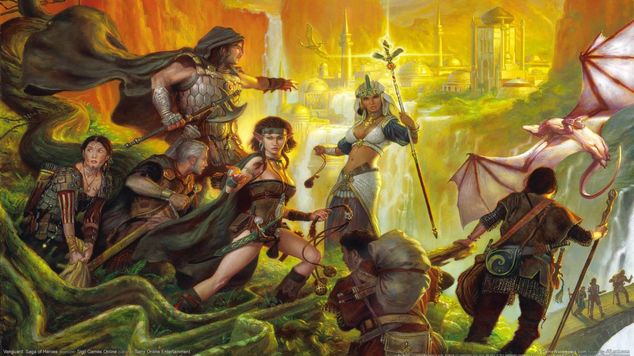 I hate Vanguard. I hate it, I hate it, and I hate it and I've never ever even downloaded it and logged in. I hate it so much, because to me, it set a horrible precedent and turned a bull market into a bear market and made players very unresponsive to new games. The entire fiasco started a trend of flash in the pan titles that tried to pick up the pieces that Vanguard left the industry in, but so far it's still a major uphill battle for developers - so much so that games like Destiny, which are MMOs, just don't call themselves that word anymore because let's face it - it's almost a curse.

Sure, WoW has done great and is successful, and lots of other MMOs like SWTOR and Star Trek are doing just fine,  but that's because most of them quit being MMOs. They're like, MMOs in terminology, but identify more so as an online game - which is pretty much what MMO means to me now - online game, because few online games only connect you to a few players. 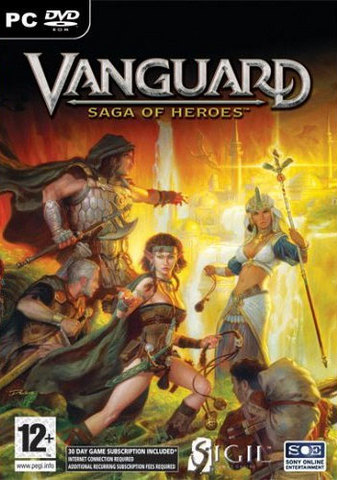 I would apologize to the developers and say I don't mean to be mean, but at the same time I kinda don't, because someone has to take some blame for that game. I mean yeah I don't want to be mean, but the truth here is that Vanguard was a bad thing.. It's been what eight or so years? I don't know, I don't keep a Vanguard timeline on my wall or anything. I just really want to say tho,  about eight years.

Quick Note: I'm attempting to outline why the launch failure of Vanguard put a bad taste in gamer's mouths and sort of set this idea that a game has to deliver at launch or else.

Here's what happened. When WoW launched, there was a lot of people who are Blizzard fans (which is a much bigger number than MMO fans of one specific game) who jumped into the game. The game had been fine tuned for that audience, this mass market we love Halo group. Those who loved the traditional MMO model sat around ticked off for however long until Brad came along and was like yo come play this game.

They all banded together, this crew of I would guess more than 100,000 fans, this huge mob ready to embrace the traditional MMO, and they went through every high and every low, and the game was for all intents and purposes way beyond its time in not only the depth it was aiming for, but the features it had.

Then of course, it launched, and it was a massive flash in the pan. Within a month no one wanted to deal with it or think about it. The performance was poor, the gameplay was buggy, and it just was an overall mess and not what the playerbase wanted. It was pretty much the first major failure of a AAA MMO that specifically targeted the pure MMO fans and it left a bad taste in everyone's mouth for the longest time.

Afterwards, people asked more questions, they were less likely to buy into an MMO without reading reviews and finding out more information, and it turned what was a bull market at the time into a bear market, and players became a lot less interested in the core MMO.

Now the fault doesn't rest just with Vanguard, many of the MMOs who came after had many of the same failures and issues, but at the same time, games like WildStar I feel don't get the real college try they deserve or even the community support because everyone has this attitude that every MMO that launches must just be as terrible as you could ever imagine. A lot of games need community support, they need the community to be with them as they launch (just like WoW had), and they need players helping to fix bugs and directing where content goes. A lot of players don't want to stick around for that, just because so many MMOs have failed, how is this one going to be different?

So, yeah, at the end of the day I really don't like Vanguard. I didn't really buy into it, I seen the writing on the wall, and I saved myself from that emotional rollercoaster of seeing what was (to me at least) this really awesome concept just crash and burn within seconds.

That's not to say that MMOs all fail or even most fail, most every modern MMO that has launched in recent years has done great - they all learned from the mistakes of the past and built games that were resistant to player influx or adapted. Just look at Star Trek Online which was originally a flash in the pan but now hosts a ton of players and a healthy community. Things are definitly on an uptick as that bad taste leaves players mouths, but still, I really wish Vanguard hadn't have happened - or even better, had been the game everyone wanted.

If you hate Vanguard too, let me know in the comments section below. If you think I'm an idiot, let me know too, you're more than welcome to voice your opinion here.