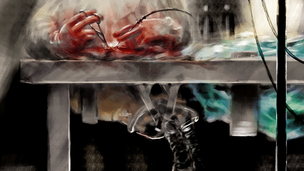 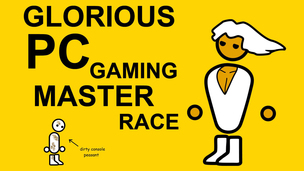 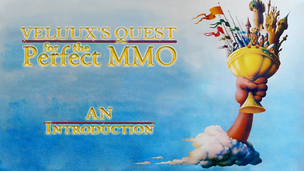 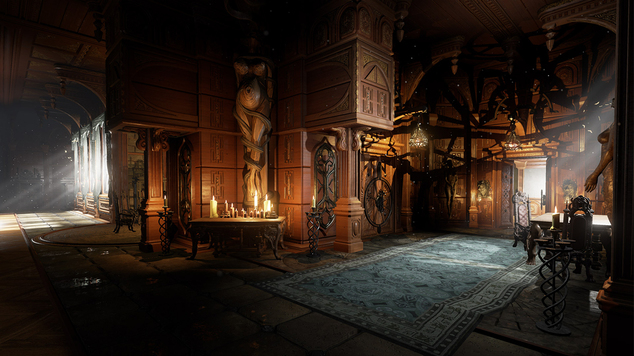 Insight - Reviving a Dead World
In this first edition of Gravity Well - Insight, Veluux looks at the game Revival and how it will dramatically

Ever since a friend showed Revival to me, I just haven't been able to look away. It's just one of those games that, while ambitious, just feels awesome and actually looks acheivable.

Sure, it won't be everyone's cup of tea; but I believe there's a much bigger audience looking for a game like this than most people imagine. I don't think it will get anywhere close to World of Warcraft type numbers, but it doesn't need to. Revival isn't the kind of game that requires servers to be filled with thousands of players to feel compelling, fun, and alive.

In a nutshell, Revival is an immersion-focused RPG experience set in a dark (H.P. Lovecraft inspired) low-fantasy setting. The game is embracing the concept of being a virtual world that actually feels like a virtual world. The team has even gone so far as to establish very early on in the design and marketing process the Rule of the World:

"First and foremost, it means that nothing that goes into Revival can detract from the experience of being in Theleston, the world of Revival. Don’t mistake us; Revival is a game and there will be some systems that “feel gamey,” but given the choice between two potential features, systems or mechanics, we will always prefer the one that makes the game world feel more like a real place, however fantastic. This isn’t a game where you’ll find “Level 12 Blade Lords.” Instead, it’s a world where you’ll meet other people and they will possess skills they worked to cultivate, be they combat skills, crafting skills or something else. You’ll know a Blade Lord by the way he or she wields a sword, not by the words hovering over their heads or the specific outfit being worn. The real world doesn’t work that way and neither does Revival."

Another core principle of the game being utilized is non-combat progression alternatives (like real-world trade, politics and diplomacy, and active crafting) to the extent that combat is actually only one small slice of the Revival Game pie. That combat will also be heavily skill-based, which means that a player will be paying attention to their opponents and allies around them and to those characters animations and movement - rather than paying attention to hotbars, cooldowns, and other "out of character" information.

In Revival the world will also be permanently changing and evolving in real-time rather than via content updates. While the team does still plan to add substantial updates, expand the physical world, and bring online new features and content - those things aren't essential for giving players new things to do. The world itself will be alive and organic and shift and change based on how the players are interacting with it. That alone, should give the team the much needed flexibility to work on impactful updates and features to add that should never feel rushed to appease the player-base.

The Future of MMORPGs

For quite a few years now I've noticed the trend of MMOs losing that "RPG" element. More and more often immersion gets siphoned out of games with the addition of convenience, accessibility, and content expansion. These all continue to erode the size, scope, and depth of nearly all MMO"RPG" games. You might find it odd that I listed content expansion as a negative factor that detracts from the scope and depth of a game, but it's true. The bigger and more full these worlds get, the more the developers feel the need to streamline access to each area, and guide players into all the nooks and crannies. Those things make virtual worlds shrink dramatically, and completely sap whatever immersion they once offered.

I've been long-waiting for a game to come along that finally understands the need to not make everything so convenient. There are so many tiny conveniences we're now used to that totally take away from the idea of logging into a virtual world and just experiencing it for what it is. I feel that all the text and graphical bars being used to convey information are doing modern technology and innovation an injustice. There are lots of ways that a mob's health, type, and level-of-difficulty can be illustrated without showering them in a rainbow of words, colors, and info-bars. 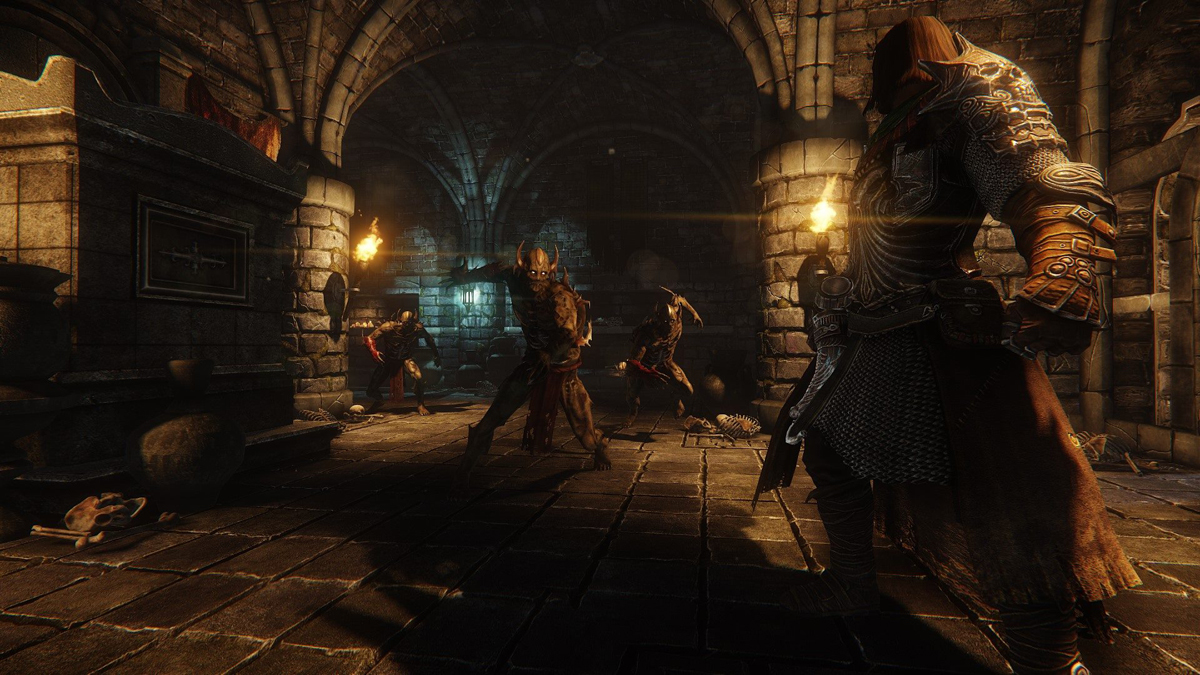 Additionally, upgrading the AI systems themselves is also a huge move that should have happened 5 or 10 years ago. For far too long Artificial Intelligence for NPCs and Mobs has been extremely lacking. For whatever reason developers have consistently been applying the same line of thinking to how mobs operate year after year after year. Scripting, Leashing, and Aggro are staples in the MMORPG scene, and almost every current title uses all three of them in much of the same way MMO developers have used them for the past decade.

Revival plans on shaking this up with the innovation of a behind-the-scenes tagging system for gating content and altering player/computer character interactions. Rather than relying on players to actively (and consciously) select new quests and grind through level barriers to reach new content, these things will happen automatically as tags get applied to player-character files that change what content a player has access to, as well as how NPCs and mobs react to encounters with any given player. It's such a simple concept that doesn't require a ton of advanced AI wizardry to pull off. Emergent AI like this is essential for MMORPGs moving forward - as old AI methods have become so systematic and predictable that players are consciously gaming them and planning around all this out-of-character information.

While following EverQuest Next I've become addicted to the concept of new AI - to the point that upcoming games which still plan to utilize traditional AI are getting harder and harder to be optimistic about. It doesn't mean that those games can't or won't be fun and entertaining, but I think that dynamic AI is more in tune with the concept of a persistent, evolving world that MMOs (specifically MMORPGs) have long been trying to capture.

I see it as a necessary ingredient moving forward in the genre; and I believe that developers and publishers of future titles that don't move forward with AI will continue to see increasingly diminished returns on their products that... let's be honest: just don't feel like the living worlds they claim to be.

Try as they might, that's not something they can accomplish with so many static elements and mechanics in a game. Traditional models require player interaction to serve as the driving force for breathing life into a game, which is good... but that reliance is proving problematic as more mechanics are infused which continuously undermine players impact on each other's experience.

If only a small percentage of the game requires players to interact with one another and that is the only section of a virtual world that makes it feel alive, it shouldn't surprise developers that the majority of their game feels static, hollow and empty to active players. Most developers keep trying to shove in new content as if that will somehow fix this problem and breathe new life, but all it really does is increase the percentage of the game world that ultimately feels dead and empty after a single run-through.

Their efforts to make these games feel vibrant and alive are actually doing the exact opposite, which I suppose works as long as people aren't aware of it. I've caught on to this self-desctructive form of content-creation and it's just something I can no longer ignore.

Revival doesn't currently face this problem, and hopefully the systems they've built and are planning to implement are the first real step that can provide a solution to this decade old problem of unimmersive content injections that slowly erode the initial compelling experience most MMORPGs start out with.

If this concept and game intrigues you as much as it does me, I've teamed up with a few friends to produce a weekly livecast show that talks in-depth about this game, it's features, and how the development process is going so far. Below is just a small taste of what we're doing with that show, check it out if you have the time.