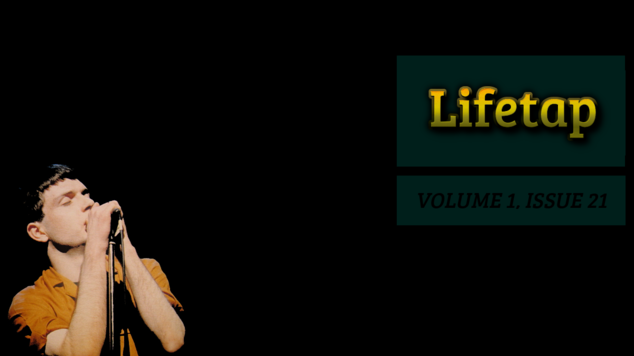 Joy Division and the Brilliance of Alien: Isolation

In today’s spine-tingling episode of Lifetap, Sardu recounts his initial journey into the deep, dark waters of Alien: Isolation and ponders whether MMO developers will ever be able to properly pull off survival horror in a similar manner. Special musical guest Joy Division also finds its way into the mix today in Lifetap!

For those of you who have been following Lifetap from the beginning, you’ve no doubt picked up on my tendency to link a given topic to a song or musical group in some way. As a bonus I’ll often toss the video for the song in question at the end of the column. This is oftentimes also a subtle nod to a bygone era of the web when people used to toss in abstractions as metadata at the end of blog posts such as “current mood” or “currently listening to”.

Today I decided to flip my usual format on its ears by opening with a musical point of reference, and weave it directly into the topic of today’s column.

With that in mind, ladies and gentlemen, it is my great honor to present today’s special musical guest, Joy Division!

Given the band's reputation, musically, Joy Division's Isolation is a far brighter and happier affair than what you can expect to find within the tight corridors and ventilation systems of Alien: Isolation. Then again, the first line of the song is somewhat fitting nonetheless: "In fear every day, every evening…" From there, it goes on to set the listener up for a very heartfelt apology of sorts.

Coupled with the lyrical phrase, “Mother I tried please believe me, I'm doing the best that I can” one might also wonder if the song was at least a partial influence on the title of the video game. If nothing else, it’s a pleasant coincidence considering the fact that Joy Division’s Closer LP was released shortly after the original Alien film, and the initial premise of Alien: Isolation is that the protagonist sets out at the beginning of the game to find her mother – Lieutenant Ellen Ripley – who has been missing for 15 years.

Chances are, I’m just finding connections where none really exist, but it can be fun to ponder the possibilities either way.

Developers Creative Assembly deserve a lot of credit for two major achievements with Alien: Isolation. The first is how expertly the player is dropped into a setting that feels 100% authentic to the time period that spawned the Alien franchise.

Your first steps in the game evoke a very strong connection to the interior of Alien’s Nostromo, and the technology you come across throughout the game has that authentic timestamp of what we considered to be the look and feel of space age tech back in the late 1970’s and early 1980’s. Which is to say, there is a very tactile and practical sensibility to tech, as opposed to what you might find in a franchise like Mass Effect, for example. 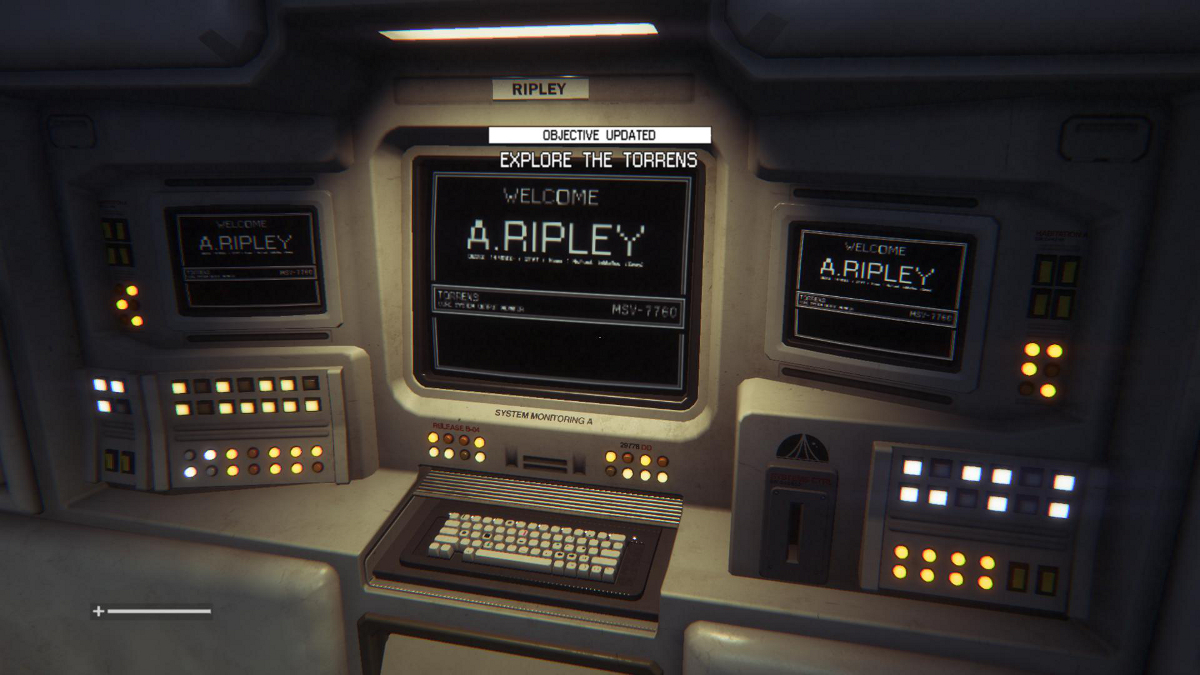 The second great achievement – and one that smacks you in the face right in the game’s title – is the sense of isolation that has been a missing ingredient of late in the survival horror genre. When you have open communication channels with main characters (Dead Space), or are in contact with other humans too frequently (F.E.A.R.) you tend to feel a sense of artificial security that dampens the atmospheric tone of a given setting.

Following a brief introduction, you’ll find yourself very much alone as you maneuver through the earliest stage of the game. The lack of combat moments and sparse interactions with the environment lend themselves well to setting a very distinct tone and mindset for the player so that once you finally do come in contact with another human, you’re already set up to feel as though you can only really rely on yourself to figure out what the heck is going on, and ultimately survive.

To further explore this aspect of the game, rather than breaking the same old ground, instead I’ll inject the following excerpt from Lewis B’s recent hands-on impressions of Alien Isolation:

I fully appreciate that Creative Assembly have had to take some creative liberties in order to make the concept work and very much unlike me, I’m willing to overlook it. The reason why is because the game is so genuinely frightening. Horror games are few and far between and while I don’t have the stomach to play them, it’s clear that Alien: Isolation is shaping up to be one of the best video games to ever come out of the franchise. You can tell that the studio have complete admiration for the source material and it shines through. What I also absolutely love is the small touches to keep players immersed: no HUD to distract the player and a lovely depth of field effect when you bring up your scanner (to prevent you being able to view both the scanner and the distance clearly).

I’m still in the process of playing through Isolation so will weigh in with some more in-depth impressions later this week. In the meantime, the game has sparked another train of thought that I’ll briefly touch on before closing out today’s issue of Lifetap.

Given how adeptly Isolation keys into its namesake as a gameplay mechanic, it will be interesting to see if MMOs like H1Z1 will ever truly be able to earn their survival horror genre classification. Social interactions in a game like H1Z1 are crucial to the experience but ultimately detract from that sense of insecurity a more isolating experience evokes.

Interestingly, I’ve witnessed how these things can play out before. Prior to the launch of The Secret World, Funcom established a special beta server for media participants. Apart from those times the other editors from Ten Ton Hammer would log on to explore the game as a group, I spent the majority of my time in-game without coming across other humans.

This lent itself quite well to the atmosphere of the game, and also to the survival horror vibe of certain early areas of the game. Once the official launch came around weeks later, TSW suddenly became a vastly different MMO experience for me, as the injection of hundreds of players on a map greatly diminished any lingering sense of dread or underlying anxiety of isolation that keyed into the survival horror enthusiast recesses of my gamer brain.

Will we ever see an MMO that properly taps into that sense of isolation to set the stage for survival horror, or will it always safely remain within the realm of single-player games? Chances are that’s a chasm that will never be crossed, but you never know.

To read the latest guides, news, and features you can visit our Alien: Isolation Game Page.