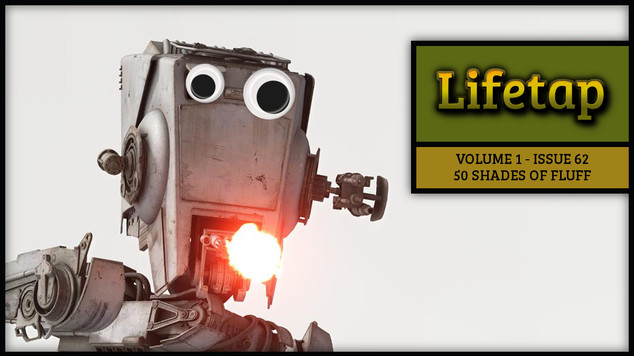 Lifetap: Battlefront’s Excessive Level Grind
While leveling systems may be the glue holding MMO progression together in most cases, they’re still a bit too

Character leveling and progression tend to be lumped into the category of game systems that make the average MMO gamer’s socks go up and down. That is, when they’re not as front-loaded and full of grind as what awaits unsuspecting players in Star Wars Battlefront.

The core game has 50 levels specific to multiplayer advancement, and while you can still earn some credits during other game modes, none of the others outside of multiplayer will have any direct impact on your leveling progress. At present I’m perhaps 1-2 matches away from hitting rank 20, and apart from a few new cards or traits I might eventually want to pick up, I’ve basically unlocked everything I’m interested in possessing at this point.

That leaves me with 30 levels of… what to look forward to?

At the high end, the potential unlocks are purely cosmetic. Unless I wake up one day and decide that I really, really want to play as a female twi’lek during missions on the side of the rebels, the progression system in Battlefront is pretty much 30 levels of fluff for me at this point.

Given how simple builds are to wrap your head around and manage, coupled with the disparity of worthwhile unlocks in the mix, I’m left wondering why Battlefront needed to ship with a full 50 levels when it could have been reduced to something more reasonable like 25 or 30. And while it might be easy to assume that the logic behind this will become clear once the “expansions” are released, the need to avoid spoilers for the upcoming Star Wars film have left a massive wall of blanks waiting to be filled in.

While I’m personally not a fan of day one “season pass” offerings for content I don’t even know if I’ll want yet, that is a much bigger topic best left for a rainy day. One thing I would note for now, however, is that I don’t see the value of pushing the “expansions” so heavily in the Battlefront client when you give players zero incentive or reasoning for making the purchase. 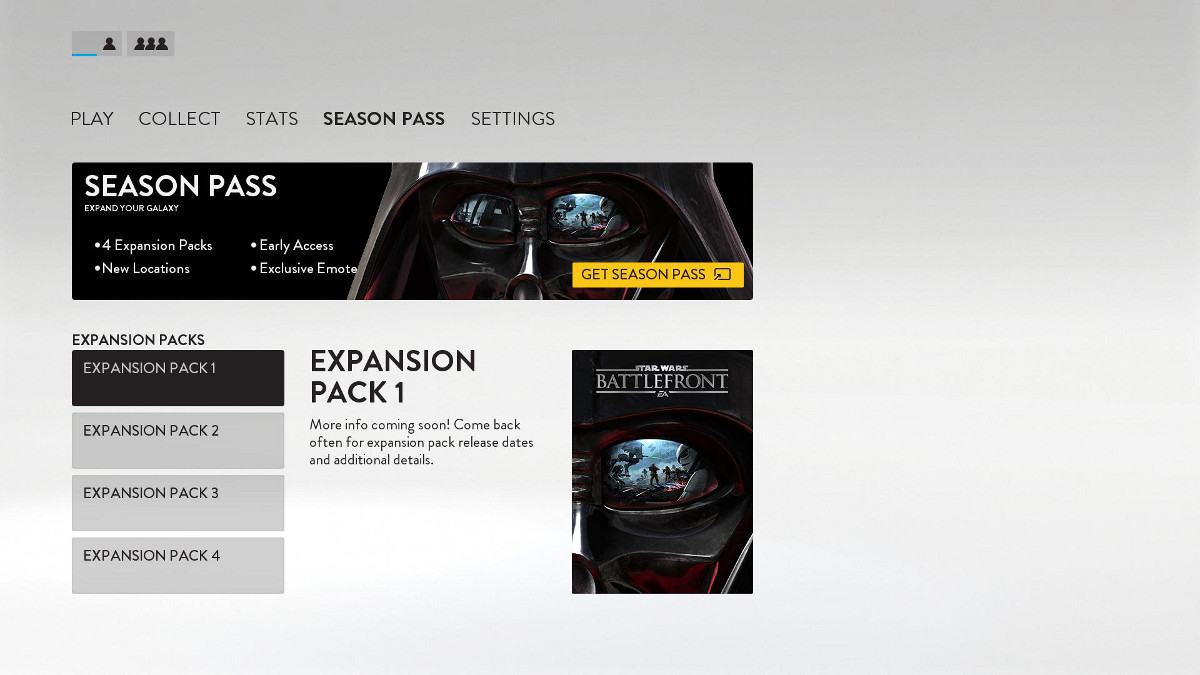 I’m a huge fan of objective-based gameplay in modern shooters. Recent entries like Nexon’s Dirty Bomb have been staples in my Steam diet over the past few months, and the same mindset permeates my existence in things like World of Warcraft’s battlegrounds.

While many gamers focus on things like K/D and win/loss ratios, my primary focus tends to be on any objectives present on a given map. On the surface, I would consider this to be one of Battlefront’s greatest strengths. In other words, most multiplayer modes factor in some form of PvE objectives or control / capture mechanic which is right up my virtual alley. And given my playstyle, it’s not uncommon for me to lead the charge for my team when it comes to earning top marks for focusing on objectives. 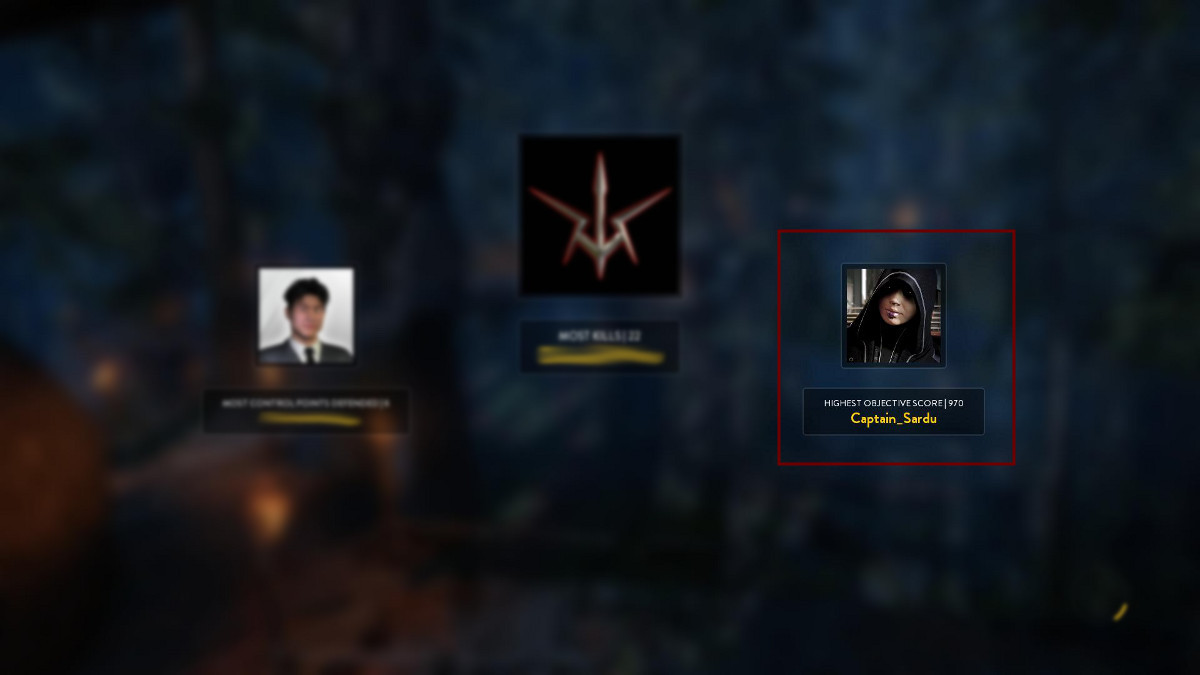 The sticking point then ends up being how players are rewarded for their participation in a given match, and how heavily it favors offensive play over things like tactics, or simply playing smart. Defending a point in Supremacy is basically like saying you’re happy at the bottom of the leaderboard rankings, and certainly don’t mind the lower returns towards progression. The system naturally favors and rewards aggressive players with massive kill counts, giving me violent flashbacks to just about every horribly implemented match reward system in existence. Kind of like healing your group in MMO battlegrounds and arenas. You may be a primary factor in your team’s success, but all the glory goes to the guy scoring the headshots you were spamming heals on to keep alive the entire time.

Battlefront's leveling system is wholly based on your performance in a given match, awarding both XP and credit based on multiple criteria, with combat clearly being the primary factor. Playing smart and defending points means seeing less combat than the frontline offensive team, so you're going to level slower as a result. And with a paltry win bonus of 500, it's no wonder that most players tend to focus on showing off their mad shooter skills on Twitch or whatever considering you'll easily earn multiples of the win bonus via combat alone, regardless of your team's victory or defeat.

My only other real sticking point with the system is how the Trait cards are handled and introduced. The buffs they provide can make a substantial difference to your survivability, yet you won't have access to this card type right away. The unlock will require a fair amount of play, and the cards don't necessarily come cheap at 7000 credits each. At the same time, this is the type of system that rewards regular, ongoing play by giving you an advantage over new players. And it really does show in the match results from what I've experienced so far.

Ideally, all players would have a basic starting set of Traits to choose from to keep progression horizontal, but this is one more aspect of Battlefront that is far from ideal in its present form.

If there is any upside to the leveling system in Battlefront, it would be that it is a very low pressure situation. Unlike an MMO where the purpose of leveling is to help insure that you’re primed and ready for more challenging endgame encounters, in Battlefront I feel zero pressure to level up beyond a certain point. In my case, I've already reached that point within the first couple of days, so from here it’s smooth sailing.

Eventually I’ll hit level 50 and no doubt be sitting on a mountain of credits with nothing to spend them on. In the meantime, the ride has been an enjoyable one so far, albeit one that is primarily a nostalgia trip rather than being a bold new chapter in Star Wars history for me.