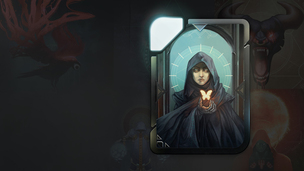 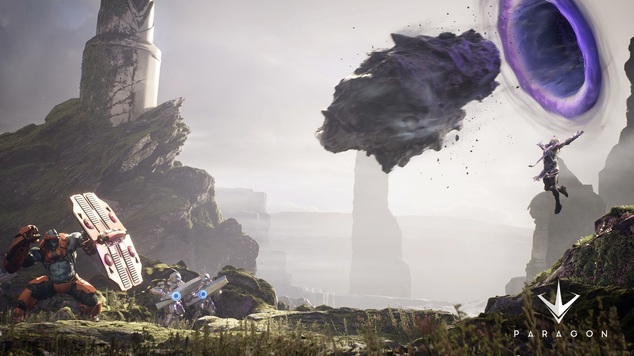 Paragon: Are You As Excited As Me?
With early access starting very soon, Paragon is shaping up to take on not only SMITE, but every other MOBA out

In the last few months I’ve found myself drifting further and further away from Gigantic. In part due to the uncertainty surrounding the project but also due to the gameplay and whether or not it can offer enough depth without the use of items and minions. I’m not suggesting the gameplay isn’t fun, but its depth is entirely reliant on just your opponent rather than anything else. That’s somewhat of a problem, especially when most players - certainly for the time being - are pretty terrible.

Even Heroes of the Storm, as much as I love it, has never quite scratched my MOBA itch simply because I found myself playing SMITE first. For all that Blizzard does well, the third person movement and free aim of SMITE is exactly the sort of movement and aiming system I love. That’s where Paragon comes in.

For all the great things that SMITE offers, there are two things desperately missing: an appealing aesthetic and a Z axis. The very lack of being able to aim up or down not only restricts map design, but a sense of truly aiming. Paragon addresses both of these issues instantly and while much on the outside mirrors SMITE, it’s the simple fact that aim takes full precedent that appeals so much.

The thing that I loathe MOBA’s for is the fact that outside of limited skills that are “skill-shots” (those that require true aim) everything else is auto-aim. Basic attacks stick to targets regardless of how they move and while that isn’t neccesarily the case in SMITE, it still suffers maps that lack verticality due to the complete abscence of a Z axis. By implementing true aim, Paragon is not only opening up its map design to include ledges, ridges and cliffs (all of which are usable) but there’s no sense of being cheated as I often do in Heroes of the Storm. Your ability to compete is based solely on your ability to aim - that’s a very good thing.

When it comes to aesthetics, it would be hard to question just how good Paragon looks. Yes it has a “chunky” look we all know and love from Epic, but it’s much more refined than what we’ve seen in the past. Heroes such as Feng Mao or Steel look eye-wateringly good and best of all, across every Hero, there’s a real sense of “oomph” as you hit minions or opposing Heroes. It’s something I really miss about top-down MOBA’s and even in SMITE, it’s still lacking. Far too many skills have no impact and animations fail to truly reflect what’s happening to an opponent.

Despite all the above, my looking forward to Paragon hinges mainly on the fact that it’s also cross-platform. For too long PC players have had their pick of MOBA’s and yet it’s a game mode I suspect many console players would enjoy. The movement of Paragon certainly reflects many third-person action games and I suspect due to its pace, the divide between keyboard and mouse vs. controllers will be very narrow, if it even exists at all. Having the opportunity to play with my friends who don’t own a PC is exciting and it’s something I haven’t been able to do for a very long time. With SMITE already playable on console and thriving, it’s a good sign that Paragon can not only arrive on a solid network - before branching out onto XBox One - but to also muscle in on what is effectively unfettered turf. It might make for some very healthy competition, though I suspect the graphics and movement will likely swing many towards Paragon and away from SMITE.

I can’t wait to see what players think of the game once more people begin to pick up Founders Packs and expect lots of coverage from me very soon.