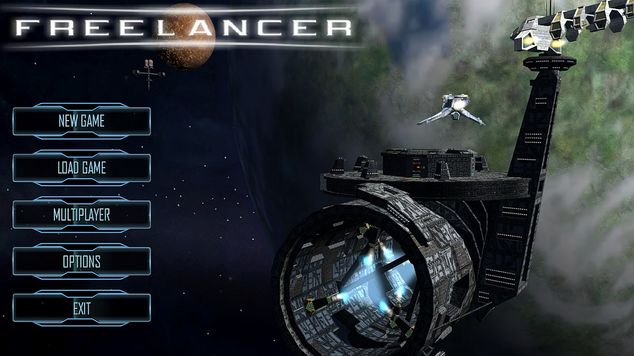 Returning to Freelancer in 2015 - HD Texture Packs and Space RPGs
David gives SWTOR a go and has some things to discuss about Freelancer, including how to play it in 2015 along

I've taken another break from The Elder Scrolls, temporarily, because the brown graphics have gotten to me and after a recent incident at home, I haven't really been able to stomach the lack of neon colors in my game, which is why I'm booting up Star Wars The Old Republic this week. ESO is a great game so far and I've really enjoyed it, but it's a game that I am ever so thankful is free-to-play.

That's a great thing about the free-to-play mechanic for these games. You can play them and then when you get fatigued, it's okay to put it down again for a little bit. Everything still waits for you and you can hop back in whenever you want. Anyway, tomorrow we'll talk about my impressions of SWTOR.

For now, let's talk about Freelancer. This is an odd game to mention because I was looking for a new HD game for my phone to test it out and landed on Galaxies of Fire 2 which was for all intents and purposes a retooling of Freelancer. However, like any mobile game, it ran into a paywall. You had to pay 120k credits for a tractor beam and if you waited too long, 170k credits. I had... 18,000 credits and default newbie everything and every guide to earn money had you buying the expansions, which I would be okay with doing if it wasn't something other than a paywall. 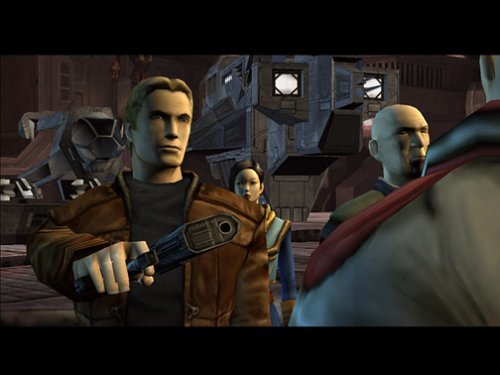 That wasn't fun. Paywalls aren't fun, but you know what is? Freelancer. One of the best games I've never completed, because I got on the bandwagon a bit too late (but I've logged a lot of time in multiplayer back in the day). That's alright now, there is a wealth of mods now to get you the high-definition graphics and space combat that can't be beat.

The funny thing about Freelancer is that it's the blueprint for literally every space sim since. I consider there to be two primary "wins" in space simulation, Freelancer and FreeSpace. EVE Online, at launch, was essentially the multiplayer components of Freelancer with a much bigger sandbox to play in, going so far as to even emulate the "security" of various sectors, where the closer you were to the center of the inhabited galaxy the safer you were.

I highly suggest anyone funding Star Citizen or really anyone who enjoys a good space sim to give Freelancer a go. To help up the visuals, here are some links to the unofficial patch and the HD texture pack. I make no guarantee these links are safe, so be sure to virus scan them and all that junk since I have no direct control of it.

There's a lot more, but that's a starting point. You can google "hd textures freelancer" for some other packs, but that's everything you probably need to get started. Oh and to note, most online servers have an ok and not ok mod list and will ban you if you run a mod outside of that, so be aware of that and probably have a backup of a clean install. I think most servers require the 1.4 patch, but it's always good to check (yes there are still servers running for the game and each usually have their own mods).

Freelancer is more RPG than space sim (as reviews at the time will tell you) which is why it's such a great game, because it discards all of the nuance of trying to fly a ship to just let you target things and blow them up (Strike Suit Zero does this really well, which is why I suggest it's so popular). You level up, upgrade your ship, and take on a ton of quests. It's a really good game and a pretty big departure from where Star Citizen is heading. I'm probably going to touch on this tomorrow, just to highlight the oddity that the progenitor of Star Citizen is about 10 billion light years away at this point (and if that is even a bad thing).

In addition there is a plethora of total conversion mods which let you play out all kinds of wild space simulation fantasies.

I have never beat Freelancer, because I've had a crash within the game twice that corrupted my save at two different points. However, this go around I've been making sure to have a few extra saves going so that I don't have the same issue.

Sadly I would make an analogy to Star Citizen as some kind of successor to Freelancer, but with the direction the game went from after the initial pitch, it's become it's own monster, something that's pretty far from the spirit of Freelancer. Earth and Beyond was much more freelancer than any of them, which is odd considering EnB was developed and launched before Freelancer was.

I think that's an interesting question to ask, Earth and Beyond was Electronic Arts version of essentially EVE Online in 2002 before Freelancer and before EVE. It was and still remains my favorite MMO of all time and had all of the core components of Freelancer. Trade routes, combat (including planetary), and exploration. Of course, it went defunct rather quickly.

Anyway, I suggest anyone give Freelancer a try. It's hard to get your hands on these days unless you have a copy sitting around, Microsoft doesn't sell it anymore so you'll have to pay a premium, but I think it's worth it.