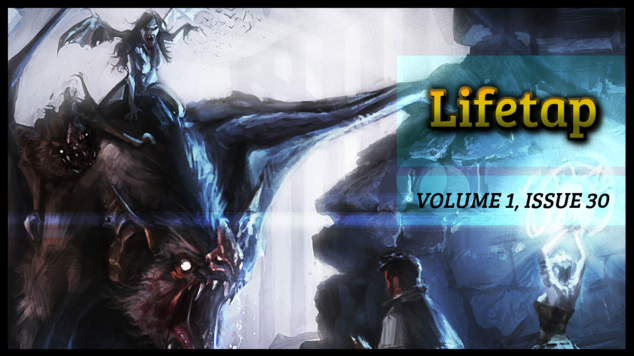 Lost Epic Review | It's worth buying?

In today’s chilling issue of Lifetap, Sardu takes a closer look at BioWare’s upcoming Shadow Realms and attempts to dispel any theories that it is simply a newer, better version of Funcom’s epic The Secret World. He also recaps his non-BlizzCon event weekend and much, much more!

There is a certain amount of irony to my surname. For the most part, I have a very bad relationship with water beyond regular hygiene practices and the fact that you need to drink the stuff to survive. Not that I place much weight in astrology, but there is also something to be said about the fact that my astrological sign is Leo, and we mighty lions do tend to abhor water.

This awkward love / hate relationship began as early on as humanly possible: I was actually born during a major flood. A few years later while on a camping trip with my family, I awoke to the sound of rushing water. As I rubbed the sleep from my eyes I sat up in horror as I realized that I was sleeping in a few inches of water that was spilling out from a detached hose a few feet from my head.

From then on, water and I attempted to keep a cordial relationship, but there were certainly some rocky moments here and there. It wasn’t until the summer after I graduated from college and nearly drowned in a lake that water became a true nemesis of my existence.

Why all this babble about my lifelong nemesis?

I woke up shortly after midnight last Thursday to begin prepping for my fourth trek to BlizzCon. All was well until I discovered water gushing out from underneath the sink in my bathroom. In a mad scramble I attempted to build a dam around the bathroom door in a vain attempt to prevent my nemesis from escaping. However, the bastard was already flowing down the hallway and into the rest of the house by the time I made a mad dash to shut off the main water valve. Naturally the thing required super human strength and the proper tools to turn, and unfortunately that’s not among my current suite of super powers. Things were not looking good by the time a plumber arrived 45 minutes later.

Long story short, as much as I’d have loved to attend BlizzCon this year, my nemesis was hell bent on preventing it.

Thankfully that didn’t stop Team Hammer from covering the largest MMO fan convention of the year. A complete listing of BlizzCon coverage from Ten Ton Hammer and eSportsMax can be found here, and we’ll continue our BlizzCon Blitz this week up through the launch of Warlords of Draenor later this week.

Shadow Realms vs. The Secret World

Low fantasy tends to be woefully underrepresented in online multiplayer gaming. Love it or hate it, The Secret World remains the biggest and boldest example of how online gaming can break away from its high fantasy trappings. While TSW certainly had its share of missteps – clunky combat animations, unnecessary PvP systems, and a miscalculated subscription money grab by EA to name a few – on the whole I’ve really enjoyed the game, and applaud Funcom for being one of the few MMO developers to attempt to bring gamers something truly fresh and unique.

BioWare is also no stranger to the challenges of overcoming a rocky MMO launch. Despite a cranky fan base back at launch, SWTOR remains one of the most profitable MMOs on the planet, and is a game that I still consider to be one of the best in the genre.

While my high hopes for a proper Mass Effect MMO will probably never come to fruition, I also assumed that BioWare would return to its roots moving forward and shy away from online multiplayer games. Then came the announcement of Shadow Realms earlier this year, and I’ve been closely following the game’s development ever since. 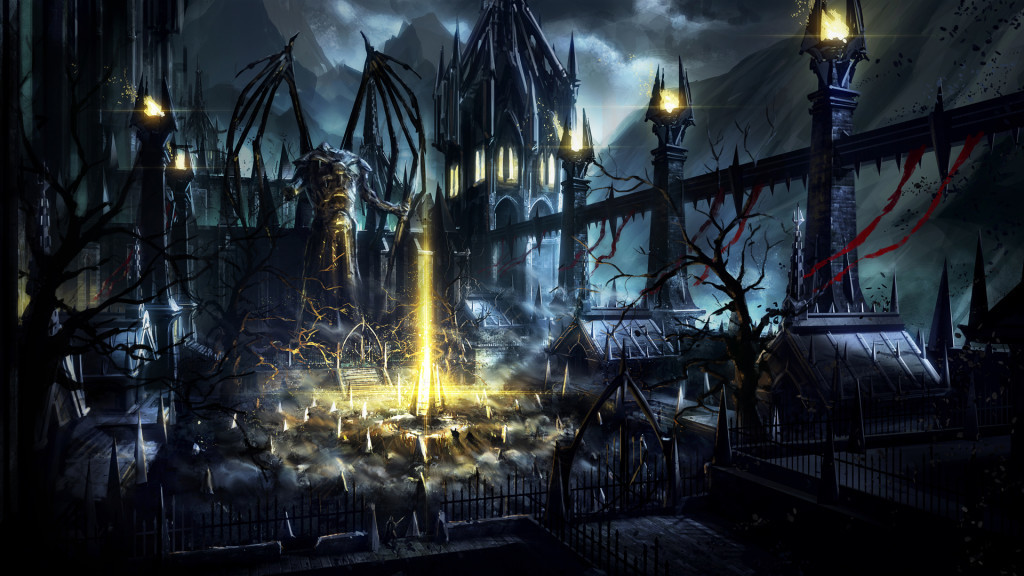 On the surface, there are certain comparisons that can be drawn between Shadow Realms and The Secret World, but for the most part these are all superficial. In fact, I considered it a great injustice when I read the following line in the Shadow Realms preview in the December 2014 issue of PC Gamer:

It’s a great premise that The Secret World badly mishandled back in 2012. It’s time for BioWare to do it right.

To be fair, the only commonalities between SR and TSW are centered on the idea of creepy, otherworldly things seeping into a more modern setting. Otherwise, Shadow Realms bears far more of a resemblance to a cross between Shadowrunner, Left 4 Dead and Watch_Dogs.

For starters, Shadow Realms isn’t attempting to be an MMO by any far stretch of the imagination. Instead, there will be the opportunity for online multiplayer moments to occur, similar to the system used in Watch_Dogs. It is also another title in the rising tide of not-so-massively multiplayer titles due out next year. Evolve, HUNT: Horrors of the Gilded Age, Gigantic, and Blizzard’s recently announced Overwatch are all titles that represent part of a greater generational reaction to the successes of games like Left 4 Dead, Borderlands, and Team Fortress 2. These titles also hope to capture the essence of what makes small group play so invigorating without devolving into just another “me too” MOBA.

If you haven’t paid much attention to Shadow Realms thus far, I suspect that the game will see much more exposure once Dragon Age: Inquisition ships next week. We’ll definitely be adding Shadow Realms to our “games to watch” list, so you can expect some regular coverage for the game moving forward. In the meantime, you can learn more about the game over on the official website.

The High End of Low is one of the most underrated studio albums from former kings of shock rock, Marilyn Manson. It was recorded during a period of upheaval for the band, during which Manson and longtime bandmate and friend Twiggy were attempting to regain their footing as a songwriting duo.

At any rate, the title of the album always makes me think of the overwhelming dominance of high fantasy in online gaming, even though it has nothing to do with any of that junk. For those of you interested, you can listen to the alternate version of the effective title track from High End of Low below.

To read the latest guides, news, and features you can visit our Shadow Realms Game Page.