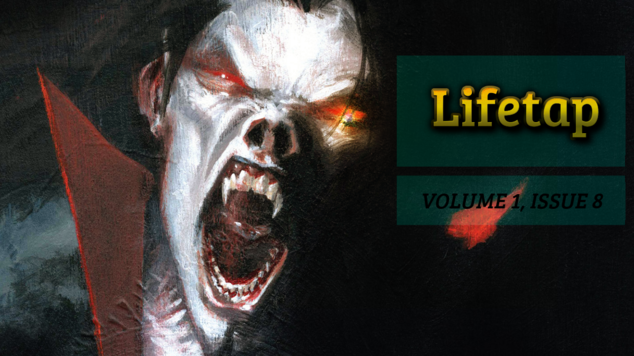 Lifetap Volume 1, Issue 8 - The Death of Physical Media and the Return of the MMO Expansion

We’re in an era when digital downloads, smaller DLC updates and free game clients have largely trumped physical retail presence in the MMO industry. It wasn’t all that long ago when publishers would focus a significant amount of energy to secure shelf space at the broadest spectrum of retail outlets possible. Preorder boxes were never exactly a norm, but still fairly common, and often came bundled with both physical and digital perks for early adopters who helped prove a valid market existed for an unknown franchise.

Now the game seems to be focused on fighting for positioning so that your virtual currency cards are displayed on the most prominent hooks possible. Last week during SOE Live, this point was driven home with the unveiling of limited edition Station Cash cards that offer additional perks beyond the usual currency swap.

Not exactly a cloth map, lore book, and commemorative coin, but at this point the MMO collector in me will take what he can get.

If I used my local Best Buy in a case study, all signs would point to PC gaming being on the verge of disappearing completely at physical retailers outside of major metropolitan areas. As the balance shifted towards digital distribution channels an odd side effect occurred that I honestly hadn’t anticipated: the aggressive shift away from proper MMO expansions.

In fact, the only physical expansions that can be found locally are paid product placement for World of Warcraft, The Sims 3, and Diablo III. The latter only existing because some jerk (well, me) began asking retailers if they were going to be getting copies of the collector’s edition. Initially the answer was no, but soon after I began pressing the issue a handful of copies managed to escape from the cold, dark confines of the regional distribution center.

At this stage, if Blizzard and EA opt to forego physical product placement for future PC releases in retail outlets, you can probably kiss PC gaming sections goodbye. It’s kind of scary to think that Warlords of Draenor could very well be the last physical MMO expansion we ever see in the industry.

Thankfully, this August has proven that proper MMO expansions are far from dead, and that virtual costume sales haven’t swallowed the concept entirely. At least not yet.

The Return of the Expansion

While I fully support the rising trend of more impactful game updates such as Living World in Guild Wars 2 or the more recent WildStar Ultra Drops, I still prefer getting my hands on a larger chunk of gameplay all at once rather than drip-fed through virtual tubes.

For MMO gamers like myself who prefer proper expansions, August 2014 has proven that there is still hope for the future. The following all occurred within a single week:

The above list contains one of the largest flurries of expansion-related activity in recent memory. Now if we could just get ArenaNet to talk about the first (“unconfirmed”) GW2 expansion when we see them next week during PAX Prime, we’d be all set.

Hopefully this month isn’t simply a flash in the pan, and the expansion era won’t be coming to a close anytime soon.

You would think most publishers would be willing to double down on expansions given the massive amount of focus being placed on sustainable franchises over standalone titles. Even when released digitally, expansions help keep a brand alive and offer new or existing players a reason to keep on playing a game that might otherwise have long since stopped being considered headline news for the upper tiers of games press sites.

Be sure to return for the next exciting issue of Lifetap, or you can catch up on those you may have missed so far by visiting our full Columns page and filtering for your column of choice. You can also find me on Twitter if you’re into that kind of thing, though I do enjoy receiving comments for those of you who equally enjoy sharing your opinions.