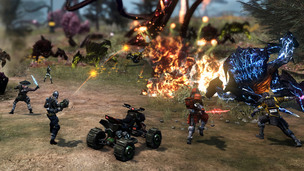 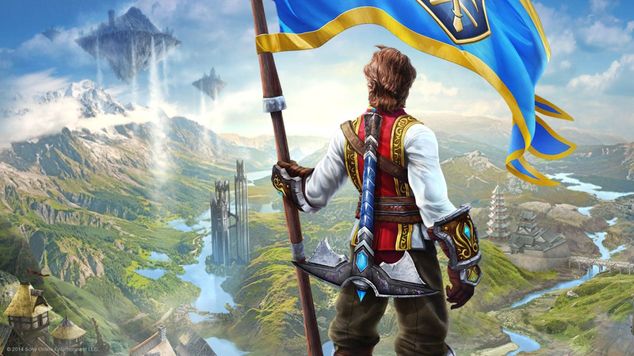 I said I wasn't going to say anything about Daybreak this week, but whatever, here goes. SOE was great - it was wonderful, and it was a pipe dream for a long time after the success of EQII went down. So here is the problem. The company didn't have any money for a long time outside of Sony making it rain 50 million or more a year to cover their deficits. They didn't have anything going on for a long time that made any money but DCUO and Planetside, two properties that so far haven't been touched too much.

EverQuest and EverQuest II, as good of games as they are, are so dated at this point that there isn't much of a playerbase and what is there probably doesn't want to buy anything new. So, you know, the whole let's close the customer service team down thing makes a lot of sense in a corporate world. Why rob from peter to pay paul when you can rob from peter, ignore paul, and let gamemasters go.

Okay, so, Daybreak lets go of the GMs for EQ1/EQ2, removes all possible ways to get items reverted, and basically says that unless the server crashes don't bother them. Now the community is pissed beyond belief that this amazing "SOE" level of customer service is gone. Well, here's the problem: it shouldn't have existed.

No matter what, these companies don't exist purely for you, they exist for communities (and to make money), and while that personal level of service is great - it's expensive. So expensive in fact for SOE that they should have purged it long ago, instead of letting these games cannibalize money because their marketing strategy was to appeal to long term fans who they hope would convert to new games and spend their money there.

Long term EQ fans are great, but these business decisions weren't, and as such they're being realigned painfully to what they should be. Talent is being fired, good talent, but this talent when combined with the other same talent was making unsuccessful properties by the boatload. You have to change it up, you have to inject some new blood, you have to make it something new.

A lot of people say that EQ:N is done and it might be, who knows, but as far as I know they still have the Storybricks tech they were working with, they still have a development team, and just because these very popular external facing faces were the ones let go, it doesn't mean tons of other talent in the team is gone and that the spirit of this project is going to fade.

We need to have realistic expectations of companies. On one hand, we'll throw a million bucks at people who throw up some whiteboard photographs and say this is hype let's do it guys, but we won't rally behind games we love to continue their success or align that energy into positive campaigns. While SOE was SOE, each quarter and every year the earning reports noted the failings of SOE, and yet the community didn't care - they focused purely on what was displayed. These new games, these new projects, these events.

Here is what I wish people would do - just think about this analytically and objectively, instead of saying that Nova is pulling the company apart and burning it down. They could very well be doing so - but come on, do you really expect a company to lose money to provide the hypest customer service in the industry to appease the few fans left playing these dated games?

I don't know, maybe I'm wrong and this is horrible and the sky is falling, but reading the comments I can see that the vast majority of commenters want Daybreak to be renamed Heartbreak and burn to the ground - I want to say just wait and see what happens and be a little bit more receptive to these changes, because if you don't and all hope is lost for Daybreak, then we might see nightfall and hearts break as they cannibalize everything leaving nothing but DCUO and PlanetSide II.

Let's give some leniency and some understanding. If EQ1/EQ2 aren't profitable, then letting them make it profitable is better than nothing and sacrifices have to be given. If this isn't acceptable, then I suggest everyone put their energy behind positive projects like petitioning for EQ1/EQ2 server rentals / source code licensing / kickstart the purchase of the properties to a company that will release the sourcecode.

Personally, I'm hopeful for the future of Daybreak, because as of right now it has a future and wasn't just shut down and DCUO/PS2 weren't just folded under SEN. Let's just wait a bit longer, alright?