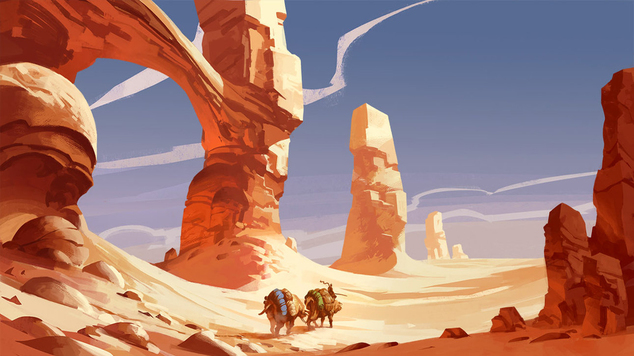 The best things in life aren't actually free - and neither are the best MMORPG experiences.

Family, friends, appreciating the raw beauty of nature, every experience in life costs something. It may not be money, but you are at least spending your time on these things. The interesting thing is, time is the most scarce resource any of us ever have, and the older you get the more of a reality that becomes. Time is precious, valuable and therefore the most expensive currency any developer could ever ask from us.

It might not be of much value to them, but it certainly is to us.

Developers understand this. That's why newer MMORPGs are shifting more and more towards "free" to play models that pander towards a new exchange. They need our money (to keep making games, and continue pursuing their dreams), and we want to use our time efficiently. As a result of those two things, nearly every successful free to play model you see will always contain some form of exchange where players are able to buy "acceleration" in some form or another.

Unfortunately, most triple-A quality games also have lots of powerful and influential investors directing how a project will go (and receive a return). Developers have been (likely at the will of those very investors) injecting time-sinks everywhere into games to create more incentive for players to "short-cut" tedious time-consuming tasks. For most free-to-play games, publishers make you pay by forcing you to sacrifice time that paying players don't have to.

Worst of all, this model of game-funding has caused content consumption to become a significant problem. When you have players buying their way through content, it gets consumed much quicker - faster even than developers can create it.

You have no idea how excited I am about this problem.

Developers and investors are finally reaping what they have been sowing. While I'm sure not all of it has been intentional over the years, ultimately the static nature of current MMORPG content is beginning to stick out like a sore thumb. Games lose hundreds of thousands of players mere months after their most recent updates. That is VERY bad for maintaining sales.

I know some people might think: "Nah, they've payed to accelerate their experience, so developers and investors have already got their return out of those players."

But not so fast. If you look at any successful MMORPG ever made, you'll realize that their profit margins are healthy in large part because players keep coming back and buying in. MMORPGs typically have a point of "critical mass" at or near launch where their sales and subscriptions are highest, but this three-month spike of income pales in comparison to the residual income of a long-standing subscription MMORPG like World of Warcraft or the original EverQuest that are more than a decade old.

Current MMOs (that aren't enjoying their longevity from years of sustained income) will never reproduce that kind of profit. Why? None of them can retain their players anymore. Player retention is the key ingredient to a successful long-term MMORPG. For any MMORPG of triple-A quality, longevity is the only realistic answer to such a heavy initial investment. Therefore, player-retention is the only reason that high-quality, large-scale, MMORPGs are even possible.

And a game without continuous content will not hold a player's attention for long... which is why the MMORPG genre is having such a huge fallout right now. With the current model of content creation for these games, they're just too high-risk to create anymore. Even Sony Online Entertainment (an MMORPG genre giant) capsized during this great depression; and ended up downsizing into the now semi-independent Daybreak Games Company.

There are serious problems in this genre right now, and they can't be fixed by simply improving the current model. World of Warcraft is doing it better than anybody, but even they're taking on water quickly (compared to subscription numbers from the game's prime).

That's why games like Landmark and EverQuest Next are veering sharply towards procedural generation, user-generated content, and more advanced AI. Daybreak has learned (the hard way), that they just can't keep pace with players anymore. The predominant model of this genre just isn't cutting it, and a complete overhaul is required for success.

More importantly than a system overhaul, the entire player-developer financial exchange has to be remolded too - as even drastically remodeled systems will eventually run into the same problems as older ones if developers are still trying to sell players time. They can't continue to set up game elements and content that are arbitrarily gated by levels or other time-related barriers in order to sell players accelerants.

That's not good design. It's a hostage situation (which some may argue is the most successful marketing scenario of all time). It might work, but it's a bit twisted.

What happened to the days where players were happy to throw money at developers via subscriptions because they actually enjoyed playing their games? Does anyone remember them anymore? I can hardly recall.

Back then, the experience itself drove us. We didn't need achievements, epic items, or ladder-rankings to satiate ourselves. The fun happened just by participating. We didn't need shiny objects to lure us in, the worlds themselves were alluring enough. The social landscapes of old were imperfect, but yet we couldn't get enough of them - bugs and graphics be damned. So many gamers came to play because it was just worth it - and I don't believe that's the case any longer. 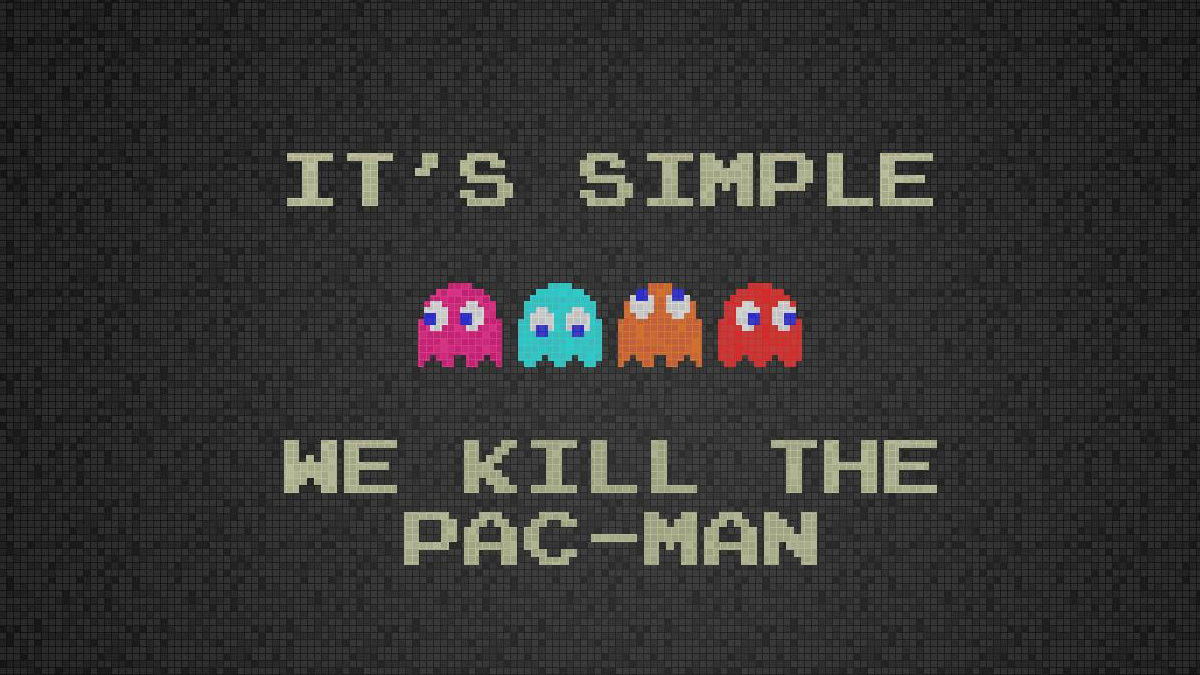 It's About the Future

That is why modern MMOs can no longer retain subscriptions and so many veterans of the genre consider that income model to be nearly extinct. Free-to-Play is not the future income model for every modern MMORPG. It is a stopgap measure to keep studios making money on games people prefer to skip through while the developers attempt to create something actually  enjoyable. They just don't know it yet (or maybe they do, I'm not that  innovative with my thoughts, after all).

MMORPGs today are mere shadows and dust of what they once were and what they could (and will) one day be again.

Subscription-based games aren't dead - they're just in hibernation. They're waiting out a cold and lonely winter of game-design and content-creation that has failed to become attractive enough to players that they might be willing to regularly contribute money for the experience.

This is the best explanation I can give to close us out:

Imagine that you regularly visit a movie theatre, except that at the door they don't charge you for the ticket and not only that, they inform you that during the credits of every movie, every guest is given a free gift. When you get inside you sit down and get to watch the first twenty minutes of the movie for free (which is usually pretty good) before they ask you for more money to watch the rest of the movie (otherwise you will have to leave and therefore not get your gift during the credits).

Once you agree, you are then "invested" in the experience to some degree. Only, after more of the movie goes on, you actually realize you really dislike the movie, but since you're now invested you want to stay through to the end to receive the promised gift. However, for just a very small price, they tell you they can just fast forward through to the end-credits to hurry up and give you your gift.

Now some of you might pay to skip through to the credits for the gift, depending on how valuable that little shiny at the end of the stick is to you. Others of you may not want to give the theatre another dime after the poor-showing (and probably don't ever plan on returning either). Still others of you may have not even made the initial investment to watch the rest of the movie anyways (whether you liked the first 20 minutes or not).

No matter which path you chose, ultimately it ends up being a far-more complex process than it ever needed to be to begin with.

Subscription games are like ringing up your credit card and the theatre charging you for as long as you're sitting down. Maybe you watch the whole movie, maybe you get up after five minutes. Either way, you're only paying for what you're using, with no hassle, no strings attached, and no complicated process.

Imagine my above scenario again except that instead of being in a giant theatre and watching a movie with a bunch of other people, the room is filled with a hundred small screens and you've got a remote to just one of them and everyone is skipping around in different places. That is what most free-to-play models end up being to me. All the pay-for-perk, acceleration, and other purchase-only-aesthetics usually just ends up being a distraction that is counter-productive to the fun of the whole experience.

I'm infinitely glad that some games still believe in offering subscription services. Unfortunately the majority of new game content (even for subscription-based titles) is becoming more and more influenced and designed for a free-to-play audience. Ultimately an erosion of the entire experience is inevitable, and that will not be good for MMORPGs; and if you don't believe me, just look around - it's already happening.

Illfonic's Revival intrigues me greatly, as they plan to have both free-to-play and subscription servers, but with both operating as separate versions of the game (and therefore much more immune to cross-contamination of the playing experience). Until today I didn't quite realize how revolutionary this concept will be for a triple-A quality MMORPG. Illfonic has even gone so far as to alienate itself from the genre and strike up a new acronym with their MEOW (Multiplayer Evolving Online Word), which will feature both free-to-play and subscription models that have significant differences.

It might not be the perfect solution (and only time will tell), but it certainly appears that the development team understands a large part of why MMORPGs today just can't hold themselves together any longer. I'm excited to see how this innovative new model pans out for both the players and developers. The concept feels good, but its impossible to judge the move without hindsight.

I can guarantee you though that major change is coming, as the MMORPG model we know either implodes, or a new online multiplayer experience crushes it with newfound success. One of the two will happen, and the cataclysm isn't that far away.