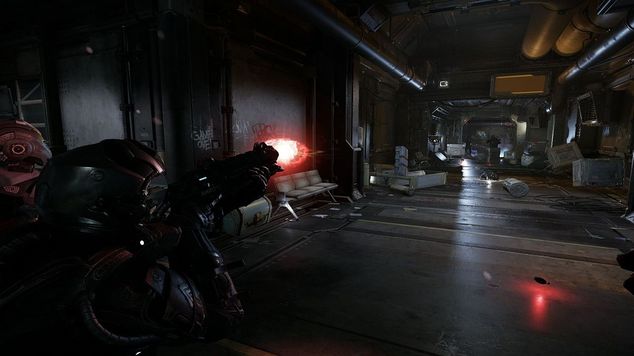 There is two realms of MMOs in this world and they’re defined by simply western and eastern markets. Games developed in the western world are very different than those developed in the eastern world, and there is not only cultural influences (style, themes, etc.) but also practical influences, such as monetization strategy. In the western sphere of gaming, we want to own something, we want to spend our money and get something tangible, whereas in the eastern sphere money is spent to advance or for time in a game.

This influences a lot about a game, such as how do you make it sticky and how do you encourage users to put their money in for the game. The issue is, though, is that the eastern market is booming. It has so many players playing various games, many of which are really old, or even really simple, and don’t appeal the same way to an American audience.

Here, in the western world, there is only one really, really strong western MMO right now and that’s Guild Wars 2. There is a lot of successfully, strong, and healthy MMOs with NA servers, but the only strong MMO recently developed here in the west is GW2. You can consider WoW as well, but consider most of its market share and even development is heavily influenced by eastern players (I even argue that Warlords hasn’t done as well as it could, because you wouldn’t want to pay hourly to play your Garrison). Yet, there is a few games that are in development that are really, really important and showcase that you can still make a game, here in the west, and develop it and make it playable – they are Star Citizen, Shroud of the Avatar, and Camelot Unchained. There are several games in development that were crowdfunded more recently, such as Crowfall, but the true test of not only crowdfunding, but the western MMO, rests on the shoulders of SC, SotA, and CU.

Yet, these three games are basically supported by the players, desperate to see them to come to fruition. For both SotA and CU, they’re both very healthy and are working very quickly to make a product that their backers will enjoy.  On the flip side, Star Citizen is at a constant state of controversy, and rightly so – it’s too big to fail. SotA and CU both are smaller projects, while Star Citizen is something that has never really honestly been tried before on the scale and fidelity that it presents.

I think a big issue that a lot of people have with the perception of people questioning its development is that anyone who questions it, wants it to fail. That’s not entirely the case – the future of the western MMO market rests on the shoulders of Star Citizen. If it fails, crowdfunding is done with. The reason people question it, prod at it, and ask questions that aren’t necessarily positive is that no one wants it to fail, and everyone wants to be able to pitch in and help avoid this fate. Looking at games like Pathfinder Online, it makes people very nervous. Having more than a million from just the Kickstarter alone meant that they started with quite the war chest from a neophytes perspective, but that’s nothing in the world of game development.

If any of the big three fail, then the western MMO market is going to take a massive blow. A large market share of players will refuse to crowdfund anything in the future and considering a game needs millions and millions of dollars in funding to get even a simple alpha or beta out the door, there won’t be the kind of money laying around to make something awesome happen.

It’s not just players, but publishers as well, along with investors. While it’s unreasonable to expect people to support a game before it even launches, it is reasonable to feel like there isn’t much hope in the industry when players support a game, but it still couldn’t be made.

Failure also isn’t limited to the idea the game is “vaporware,” but also the idea that it’s just not profitable at launch. If any of them launch, but become flashes in the pan, then that’s just as bad as if they didn’t launch, or could be even worse since it creates the perception that western MMOs just can’t become a thing anymore. Some fans of many crowdfunded games even go s far as to not play until they're at their near launch point, because they don't want to sour themselves on the harshness of the early alpha.

If you love it, put your money where your mouth is – these projects all need to succeed and even Pathfinder Online needs to as well. If you’re currently subscribing to Pathfinder Online – please don’t stop if you were going to anyway before the announcement, believe and believe until the very last second, because these games need to succeed for us to see the best possible future in western MMOs.