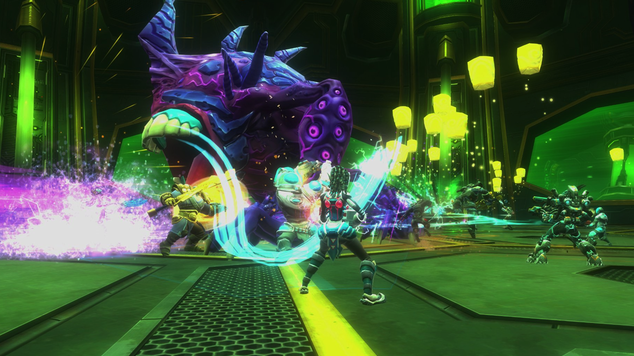 What Does "Hardcore" Mean To You?

I’m not talking about the adult entertainment industry but instead the massively multiplayer one. It’s a marketing buzz word bandied about as much as sandbox, yet it means something completely different to each individual. In truth, you don’t hear the word hardcore in relation to commercial massively multiplayer games any more and instead it’s pushed to the fringes of the genre as something only a select few individuals enjoy. That mindset has changed a little of late with the release and pre-launch hype surrounding WildStar. It was promoted heavily under the banner of being “hardcore” and yet the definition of what that was, was never really defined.

The general premise behind hardcore, certainly for WildStar, was as simple as ensuring the game is difficult but also that content, progression in content and itemisation wasn’t easily obtained. The holy grail of Raids and the difficulty of them (alongside Veteran Dungeons) helped prop up this perception of difficulty. Make no mistake, WildStar’s Raid and Dungeon content is ridiculously challenging. It requires high levels of coordination from all members of the party and due to its combat system, a degree of dexterity and agility with your character to overcome many of the enemies randomly placed telegraphs. It can be exhausting at times but highly rewarding and yet I wouldn’t state that this alone is enough to justify a hardcore tag.

Part of what makes WildStar hardcore are the processes in reaching Raids and Veteran Dungeons. While anyone can partake in the latter once they’ve reached level 50, it’s pretty hard to overcome them without fully Runed gear and a group that has the battle scars from repeated practice. I don’t know of any group that has overcome say, Skullcano, first time. Where Raids are concerned, not only do you need the practice from Veteran Dungeons (in order to fine tune your build and learn to easily overcome challenging telegraphs) but there’s also a gargantuan quest chain you need to complete in order to unlock it. 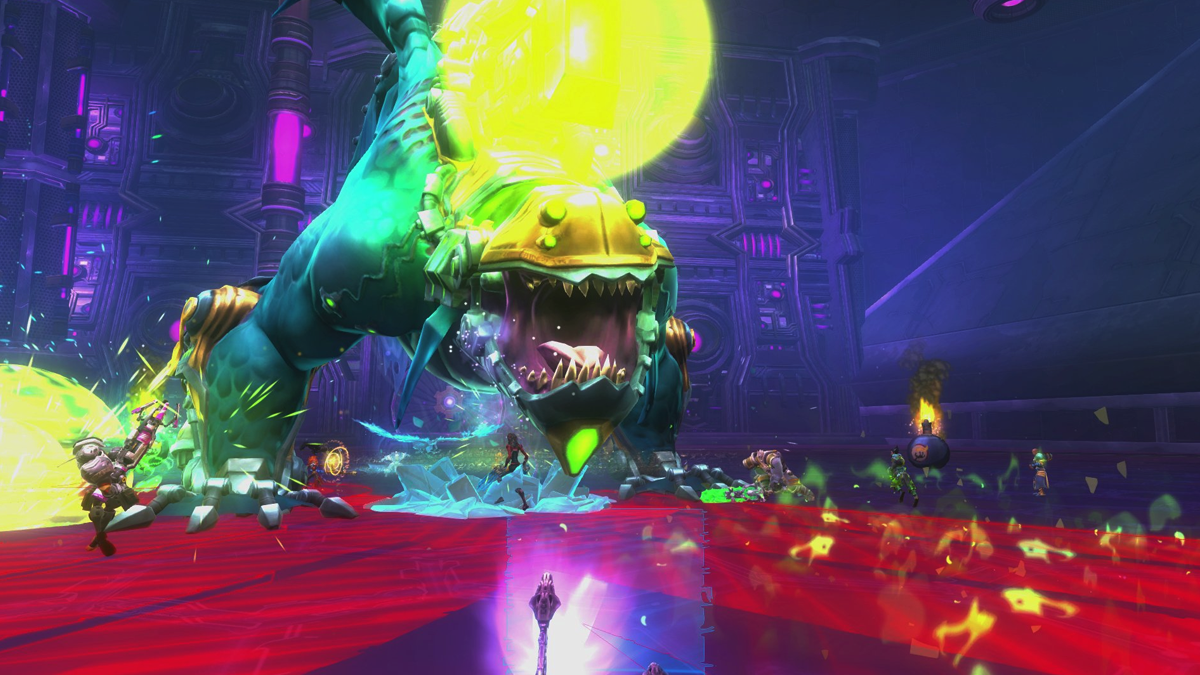 The Attunement quest involves you participating in almost all of the hardcore areas of the game, with the challenge being to not only complete the Veteran Dungeons or Adventures, but to complete them to a minimum of Silver standard (on a scale of bronze, silver and gold) while also seeking out every world boss. It’s time consuming, bloody difficult and most people will never complete it simply because it’s too much.

Although Carbine are taking steps to reduce the Attunement difficulty (lowering the Silver requirement to Bronze) it’s still going to be incredibly challenging for many. Though this type of time sapping content alone isn’t hardcore, I think it goes some way in fulfilling the general consensus on its meaning. Perhaps I’m a bit of an odd one but I wouldn’t actually place much of WildStar as hardcore. With the exception of the Attunement process, I think most of the game is just as accessible as its nearest rivals: World of Warcraft and Guild Wars 2.

For me the word hardcore in this context doesn’t necessarily mean gated content or challenging PvE but instead the philosophy behind the method of play. I’d consider Ultima Online, Darkfall or Eve Online hardcore products because of their emphasis on risk and reward not because they choose to provide content that requires a modicum of thought. In Eve Online the fear of loss is very real and undertaking much of its content requires players to take risks in order to gain wealth or reach far-off destinations. The fact the game has few boundaries make it hardcore because there are no artificial protections implemented by CCP in order to ensure the safety or play experience of its players (or very, very few). The majority of its content is player lead and as a result, activities happen organically rather than artificially.

In games such as WildStar, Guild Wars 2 or World of Warcraft, the only hardcore element is when they stack content in the fashion of the Attunement process or Legendary Weapon acquisition, because it becomes a matter of time. For many players, committing to a game where they need to invest hundreds of hours before they’ll even begin to scratch the surface is where hardcore likely applies. Much of the content in WildStar can be learnt parrot fashion and is easily overcome with a handful of attempts people don’t necessarily want the hassle of having achieved nothing of an evening besides wiping. While Raids are an exception to this, they’re primarily difficult because the risk factors of failure increase enormously when coordinating 20 or 40 people. With no combat Rez and WildStar’s telegraph system, the reliance on all players staying on their feet has never been more important.

Does Raids alone, combined with a couple of difficult Dungeons and a lengthy Raid Attunement process make WildStar hardcore? I wouldn’t say so. If they removed NPC security from all locations, allowed loot stealing from defeated players then and only then would I begin to buy into its hardcore tag. When 90% of the game is as easy as any other MMOG on the market, cranking up the difficulty in just a couple of areas still doesn’t make it hardcore, it just makes some areas of the game difficult.

My ramblings aside, I’m keen to hear your thoughts on what hardcore really means to you in a video game. Is it open world PvP with a full loot set? Is it just the games general difficult? Is it its philosophy? Let me know.