Column
Dead or Alive 5 Last Round 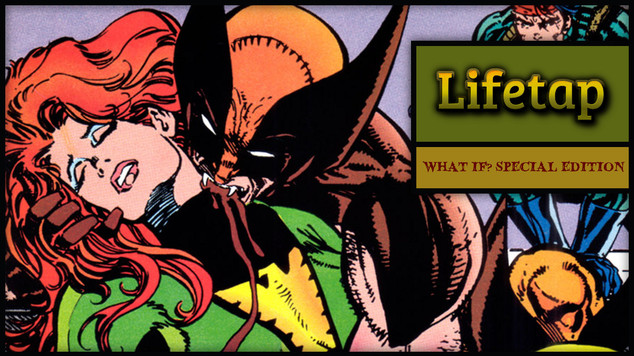 What if: Crystal Dynamics Made the Next Dead or Alive Game?
Rampant speculation abounds in the latest issue of Lifetap, in which Sardu fondly remembers the “What If?” Marv

There is no denying that the reboot of the Tomb Raider series by Crystal Dynamics resulted in an excellent game worthy of all the attention it received. While the tomb raiding aspect of gameplay was practically nowhere to be found and the game borrowed a bit too heavily from the Batman Arkham series, the result was nonetheless solid overall.

The conceit from the very beginning was that, having revitalized the franchise with a trio of releases beginning with Tomb Raider Legend in 2006, Crystal Dynamics reached a point where it felt things were getting a bit too stale by the time Underworld was released in 2008. It was readily apparent in Underworld that radical changes were coming, considering one of the franchise staples – Croft Manor – was blown up rather than being used as a proper level as it had been previously.

Heading into Tomb Raider, there was plenty of talk about wanting to make a game that didn’t involve making unlockable bikinis and breast physics. CD wanted to make Lara feel a bit more human and modernize her character for a new era in gaming.

This got me thinking: what if Crystal Dynamics got its hands on other longstanding franchises and decided it was time for a more “mature” reboot? A prime candidate would have to be Dead or Alive as it proudly features two of the core aspects of the Tomb Raider games CD sought to do away with entirely: unlockable bikinis and breast physics.

Applying a bit of the concept and magic from the Marvel Comics’ “What If?” series, I came up with a short list of things CD would no doubt change about DoA in its reboot.

1. Dead or Alive would no longer be a fighting game

First on the chopping block would be the original genre. Given the current trends in “me too” game development, it would probably end up being a world building FPS MOBA sandbox survival game.

2. The roster would dramatically change

Only a handful of the characters from the available roster in Dead or Alive 5: Last Round would likely remain. As a reboot, the clock would necessarily be turned back, so many of the current characters would simply be too young for inclusion. Their back stories would also radically change, and the whole thing would no doubt play out like a season of “Lost”.

Kasumi would wake up on Zack Island following a dramatic plane crash. Spooky mysteries would unfold as she struggles to survive in this harsh new environment. She would have to use her best crafting skills to build shelters and towers, and eventually recruit an army of creeps to protect her base. The island would be split into three lanes, and Kasumi would magically be able to create a wide variety of projectile weapons. Meanwhile, on the other side of the island, Bass and Tina Armstrong would be doing exactly the same... 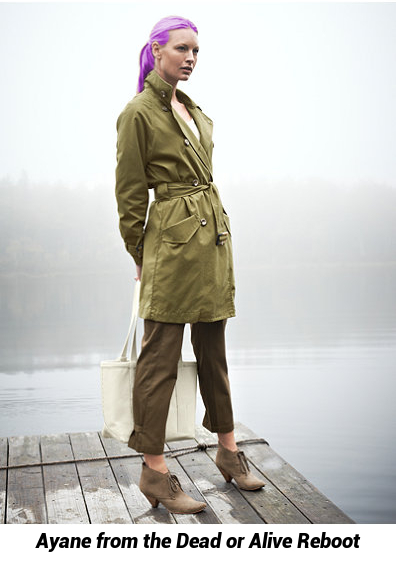 I know I said that the first thing on the chopping block would be the fighting game genre, but on second thought it would probably be any inclusion of bikinis. The franchise has already taken a divergent path from fighting games with entries like Xtreme Beach Volleyball, so a genre switch would be somewhat less impactful.

No, a surefire way to alienate an existing audience in favor of a perceived larger audience waiting just over the rainbow is to completely abolish all forms of unlockable costumes, especially bikinis. This new Dead or Alive is a mature take on the franchise, so all characters would spend the entire game dressed in outfits that look like they came directly out of an L.L. Bean catalog.

Remember folks, if it upsets some, it must not be enjoyed by anyone.

4. Combos would be replaced by horrible quick time events.

Perhaps the only thing that would remain from the original gameplay in DoA is the concept of button mashing. Only instead of being used to perform a seemingly never ending list of combo attacks, players would be subjected to the indignity of QTEs. These would naturally be injected immediately following a lengthy in-engine cutscene making it difficult to determine when exactly you’re able to regain control of your character.

Failing the QTEs would also naturally result in instant death, forcing you to repeat them dozens of times. Because that right there is some amazing video game design, and an art form that Crystal Dynmaics has mastered long ago.

5. DLC would remain, but only if it is released on day one

Let’s face it – the hallmark of the modern AAA video game is its ability to slice off a chunk of the core game and sell it as DLC right alongside the full game on release day. There is no better way to make fans happy than to expect them to pay the equivalent of a collector’s edition price for a roughly 10 hour game minus the usual perks and includes found in proper boxed CEs.

To make sure you properly add insult to injury, you also need to tether the ability to complete achievements to the DLC packs so that there is an added incentive for players to purchase the dreaded Season Pass.

For no real reason beyond the fact that I’ve been listening to Pleasure Principle nonstop over the weekend, I’ll close today’s issue of Lifetap with Gary Numan performing “Cars” live with Nine Inch Nails.

To read the latest guides, news, and features you can visit our Dead or Alive 5 Last Round Game Page.