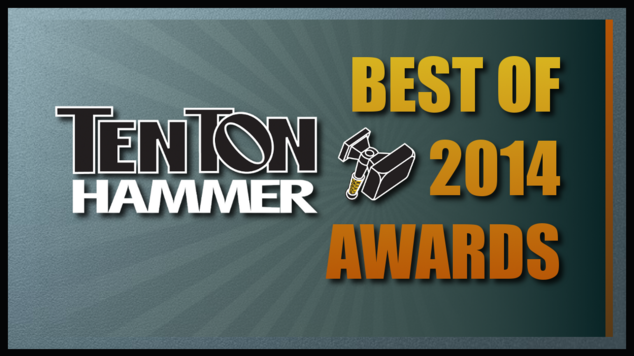 Ten Ton Hammer's Best of 2014 Awards
As 2014 winds to a close, the editors at Ten Ton Hammer are pleased to present our 10th annual Game of the Year

As 2014 winds to a close, the editors at Ten Ton Hammer are pleased to present our 10th annual game of the year awards!

As has become our annual tradition, our team spends most of the month of December locked in a secret underground bunker where we review what the year had to offer for massively multiplayer online gamers. Our Best of 2014 Awards represent the titles we consider to be the most impactful in their respective categories and genres. As with previous years, we've also included awards in categories or for titles that may not be core MMOGs, but we consider to be well deserving regardless.

A lot of excellent games were released in 2014, and while each have their merits, we were determined to scale things down to a list of those titles that left the most lasting positive impressions. Our picks for the Best of 2014 can be found below, presented in our spiffy new gallery format for your viewing enjoyment. 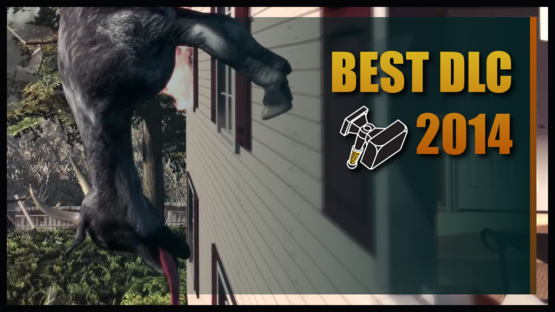 While massively multiplayer online games may be our bread and butter on Ten Ton Hammer, that doesn’t mean we haven’t been mighty impressed by the offerings from other genres in 2014.

Goat Simulator is one of those titles that immediately grabbed our attention for a variety of reasons, and then managed to take things to a whole new level with the Goat MMO Simulator DLC, earning it our award for Best DLC of 2014. 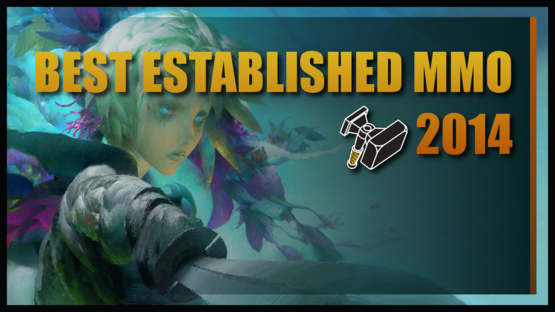 The winner of our game of the year award two years in a row, Guild Wars 2 remains one of the best MMOs on the market in 2014. Living World Season 2 is a shining example of how to inject meaningful, story-driven gameplay updates into an established MMO, and is just one of the many reasons why the Ten Ton Hammer editors selected Guild Wars 2 as our Best Established MMO of 2014. 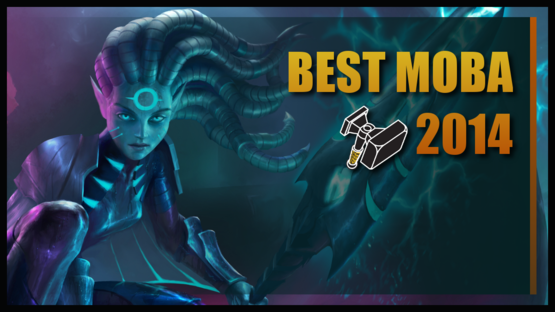 Following a strong showing at PAX Prime 2014, Strife hit the scene with a host of refinements and improvements to the standard MOBA formula. This more streamlined and accessible approach to the genre has served Strife well, as it quickly became a staple amongst the Ten Ton Hammer staff.

We expect big things from Strife moving forward, and consider it our top pick for Best MOBA of 2014. 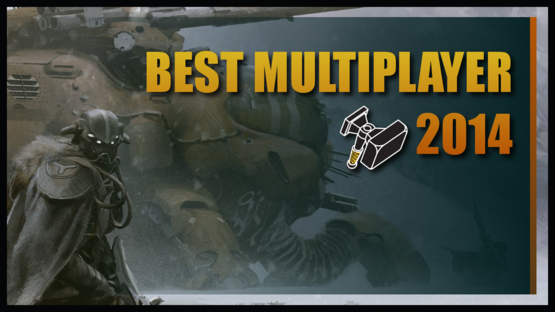 While we're still patiently waiting for a proper PC client for Destiny, in the meantime Bungie unleashed a console multiplayer title that commanded our attention. Many gamers may miss the glory days of the loot cave, but for us, worthwhile multiplayer is where it's at in gaming, and Destiny certainly delivers in that regard, earning our award for Best Mutliplayer of 2014. 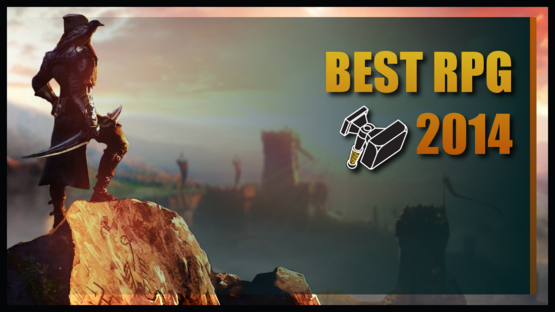 With Dragon Age: Inquisition, BioWare has crafted one of the deepest, most compelling RPGs in recent memory. The size and scope are impressive, as are the visuals and top-notch storytelling.

Dragon Age: Inquisition is the resulting effort of a development studio at the top of its game, and very much deserving of our award for Best RPG of 2014. 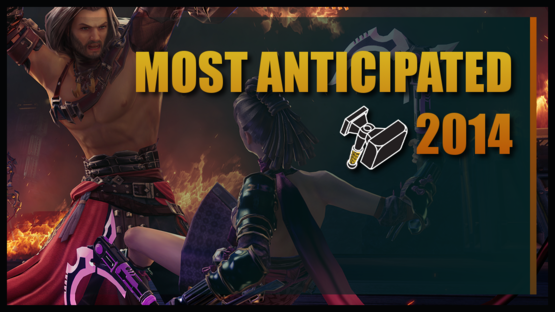 Skyforge landed our Best of Show award from E3 2014, and we've continued following its development as close as humanly possible ever since. A lenghty list of innovations and refinements of genre staples have certainly piqued our interest in a big way, and we look forward to watching the impact Skyforge has on MMOs in 2015 and beyond. 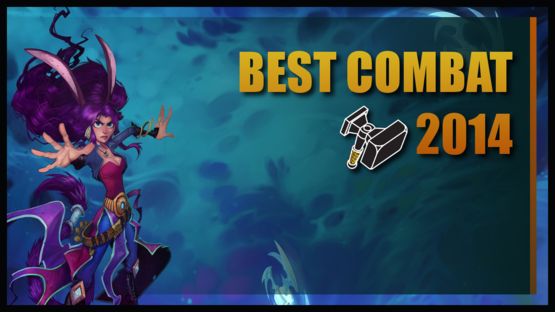 MMO combat systems have evolved a fair amount over the years, with few remnants of static tab-targeting systems present in more modern releases. Wildstar represents the best example of the current state of this evolutionary process, blending aspects of action gaming and a heightened sense of spatial awareness unlike anything else on the market. It's impact ripples across all aspects of gameplay, and helped turn what could have simply been standard MMO dungeons and PvP matches into something both vital and refreshing.

The combat in Wildstar is both addictive and fun, and is well deserving of our Best Combat of 2014 award. 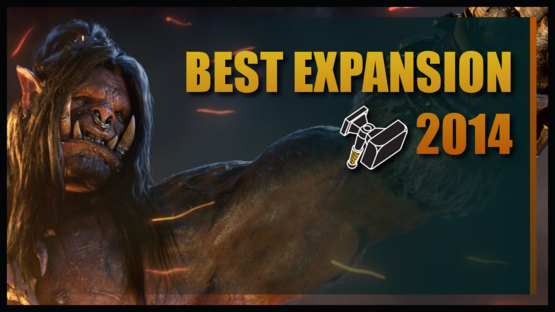 The MMO industry saw a lot of excellent expansions in 2014, but it's hard to ignore the overall impact of the Warlords of Draenor expansion for World of Warcraft. The addition of garrisons helped breathe new life into the ten year old MMO, and brought back some of the magic that helped put the Warcraft franchise on the map in the first place. Easily the most played expansion among the Ten Ton Hammer editors this year, Warlords of Draenor was our unanimous pick for Best Expansion of 2014. 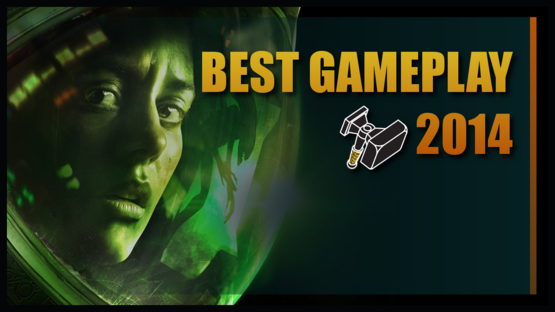 When it came to single-player games in 2014, few managed to cause the same amount of buzz amongst the Ten Ton Hammer editors as Alien: Isolation. Blurring the lines between survival horror, stealth, and action gaming, Alien: Isolation offers an impactful and gripping slice of gameplay unlike anything else this year. Considering how much focus is placed on combat systems and character stats in MMOs, Isolation served also served as a great reminder that a game can be just as immersive by placing the emphasis on survival over stat dominance.

The sum total of what Isolation brought to the table earned it our award for Best Gameplay of 2014. 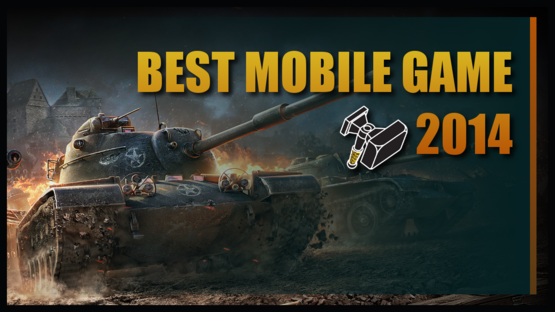 While the rest of the mobile world may be content to continue regurgitating gameplay concepts from the 1980s for a new platform, Wargaming is among the handful of development studios leading the charge to bring proper AAA gaming to mobile markets. World of Tanks Blitz swept up our E3 2014 award for Best Mobile with ease, and continues to be a leader in that space, earning our Best Mobile Game of 2014 award. 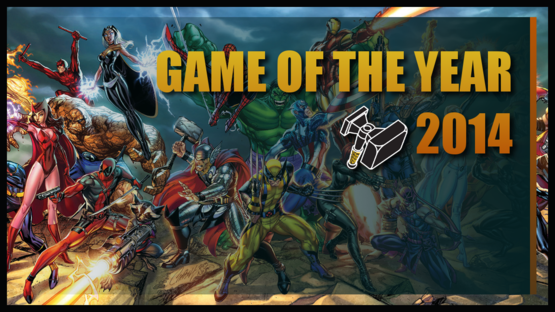 Selecting our game of the year always tends to spark plenty of interesting discussion and debates among the Ten Ton Hammer editors. While a number of titles were nominated early on in the process, one of them continually rose to the top and scored high marks in a number of areas.

Offering an unparalleled amount of raw gaming fun, deep progression systems, and a seemingly never ending stream of meaningful gameplay updates, Marvel Heroes 2015 is a game that continues to improve and impress at every turn in the road. While much of the core game remained intact following the rebranding this summer, Gazillion has left no stone unturned in its commitment to make Marvel Heroes 2015 the best it can be. It offers simple enough systems for even the most casual of online gamers to immediately grasp, and enough depth that it was easily one of our most played titles of 2014.

Congrats to everyone at Gazillion for an  excellent year, and for earning Ten Ton Hammer's Game of the Year award for 2014!