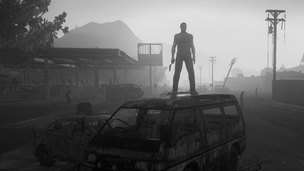 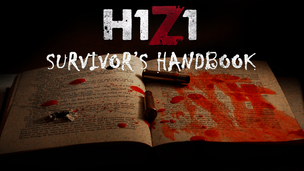 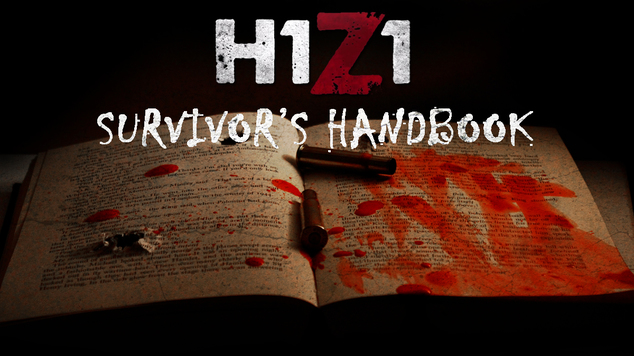 50 Shades of PvE - A Guide to Surviving PvE in H1Z1
Veluux examine's the PvE alternative rule-set for H1Z1.

Unfortunately for fans of PvE - the non-PvP experience in H1Z1 is quite lacking at the moment. While it is "safer" than the type of experience you'll find on a PvP server, it definitely doesn't come without it's risks. Exploits are getting fixed as quickly as possible, but the ability for players to negatively affect one another's experience is still quite high right now. So be warned that your mileage may very.

Now that we've gotten that initial warning aside, onto the actual guide!

Your primary concern in a PvE server is literally not starving to death. Since players don't really have any of the PvP concerns of other servers, they're most free to roam and loot and pillage as they see fit. In my experience, loot is much harder to find in these servers - particularly food. So establishing a base with animal traps is almost essential.

Aside from that, you really only have to worry about Zombies, wolves, and bears. Zombies still aren't much of a scare yet, and wolves go down pretty easily. It's the bears you really have to worry about - but there really aren't too many of them. You should also have plenty of extra ammunition (that's not being used defending yourself from players) and possibly even a working vehicle after you do a bit of progressing - so even bears can be handled fairly easily.

This is the real meat of this guide. Above all else, players migrate into PvE servers so that they can freely progress up the food chain of crafting and start basecrafting without worrying that other players will come along destroying everything. (Though through exploits with explosives, they still have been able to do some damage if they're truly dedicated to griefing.)

You're quickly going to find that players have begun claiming anything and everything - building shacks and foundations and shelters all over the place. Cities in particular get swallowed very quickly by player-constructed housing and claiming residences for themselves by boarding up buildings everywhere. That fact only further complicates the loot problem (as it takes longer to pick through houses that are loaded with obstacles).

When you do finally find a place to claim for your own, be prepared for people to start setting up shop right next to you - especially if you leave out animal traps or dew collectors that they can leach off of. If at all possible, try to keep those inside your fortifications. The same goes for campfires, furnaces, bar-b-ques, and anything else that another player can use which you've crafted.

Progressing Up the Crafting Chain

This is mostly a matter of collecting enough loot and using the discovery system to start unlocking all the recipes in the game. If you can start with a hidden stash somewhere, it makes for a nice way to store odds and ends and free up inventory space to collect other objects so you can start mixing and matching different combinations of items. As a primary note of reference, the majority of building components for bases have recipes involving mostly wood and metal objects. Planks, Nails, and Brackets are in just about every major building recipe with Sticks and Metal Sheets as other common components.

Once you've acquired enough of those materials, you can start crafting base basic building components (like a foundation, stairs, and a primary shelter). You can then experiment with base-building much more safely (by keeping a storage crate with your goods and gear safely tucked away behind locked doors). Most base construction components are modular to some extent (and the development team has mentioned that a complete revamp to base construction will come at some point in the near future).

You should be able to have some fun experimenting with different shapes and layouts between all your different materials. The team has recently even added the ability to start stacking components (like walls and shacks and things), so you can have a whole second level structure to your miniature fortress. For more details about the nuances of base-construction and layouts, be sure to check out our Chapter to this guide titled: Base Engineering for Dummies.

If you've gotten to the point where there really isn't much else to build or craft - then I suppose all that's left to do is load up an guns and explosives and start taking joy-rides around the map in a vehicle and wreaking as much havoc and destruction as possible. You might even try out a bit of griefing yourself; as that appears to be all that's really left to do as an "end-game" activity once you've had your fill of crafting, hunting, and killing zombies.

That's really no dig on the developers. This is an early-access alpha client. There is still a lot more gameplay to be added, so we really shouldn't expect a different result right now. This game was originally designed with a PvP setting in mind. From the unforeseen exploits happening in the early versions of PvE servers, it should be pretty obvious that this is an alternative rule-set that the core game wasn't exactly designed around. I know most PvE players won't really like hearing that, but it's the truth.

To be completely honest, there just isn't a whole lot to PvE right now. It's essentially a lesser version of the game at the moment. Almost like the regular game after having gotten it's wings clipped, as what truly makes H1Z1 tick at the moment is PvP. Until the other systems of the game get serious upgrades and expansion, especially the zombies and other AI components, PvE is probably always going to feel second rate and bolted on.

My advice to players seeking a compelling mutliplayer zombie survival experience right now is to search elsewhere. H1Z1 is still far too raw to be rewarding right now, especially for alternative rule-sets. Once they've gotten the core gameplay figured out, then PvE servers (and other rule-sets) should finally start getting some love. H1Z1 is in an early testing and development phase right now. The entire game is geared for people that want to have some fun, tinker, and help the developers produce an awesome horror-themed MMO. The reality is that the game has a long way to go - especially if you're looking for custom-tailored rule-sets outside of the standard game mechanics.