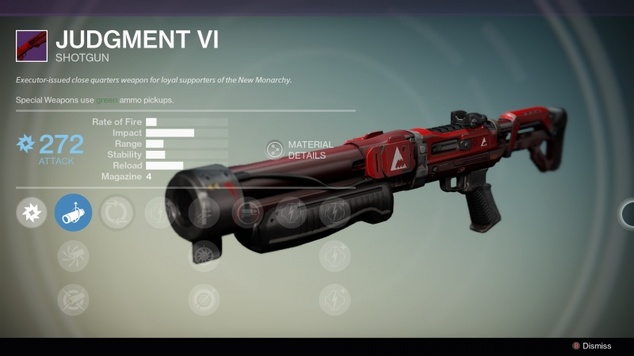 Best PvP Shotguns - Destiny
The best shotgun choices you can use to unleash a rain of terror in the Crucible.

Love them or hate them Shotguns are a powerhouse in Destiny’s PvP combat arena, the Crucible so finding the best one for the job should be priority number one if you’re wanting to up your K/D ratio. Stats you’ll want to look for in a good shotgun include a high impact and a high rate of fire. Range and stability aren’t as big of a concern because you should be close enough to smell your opponent before firing a shot, but you should still try to get as much of it as you can. Apart from that it’s all about getting the gun with the unlockable perks you want, whether it comes with them or you have to reforge it multiple times to get them.

Note: Don’t underestimate the importance of comfort level with your weapon. Each gun has it’s own quirks so find the one that’s right for you.

Grabbed during the Crotas End Raid, the SwordBreaker combines impact and rate of fire into a deadly combination. While its range isn’t the greatest, it has excellent stability and a 6 shot magazine for those drawn out firefights. It also comes equipped with the coveted Final Round talent that does bonus damage on the last round fired from the gun, a perfect way to seal the deal.

This legendary shotgun is already the pick of many dedicated Crucible players because of its hug impact and substantial range of 20 (substantial for a shotgun anyway). The Matador uses its power and range to one-shot blast enemies before they get close enough to use their own shotguns. Essentially it’s a shotgun counter for shotguns.

The weapon can be re-rolled for a chance at different talent unlocks. Some popular choices that work well with shotguns include Final Round, Shot Package, and Aggressive Ballistics. 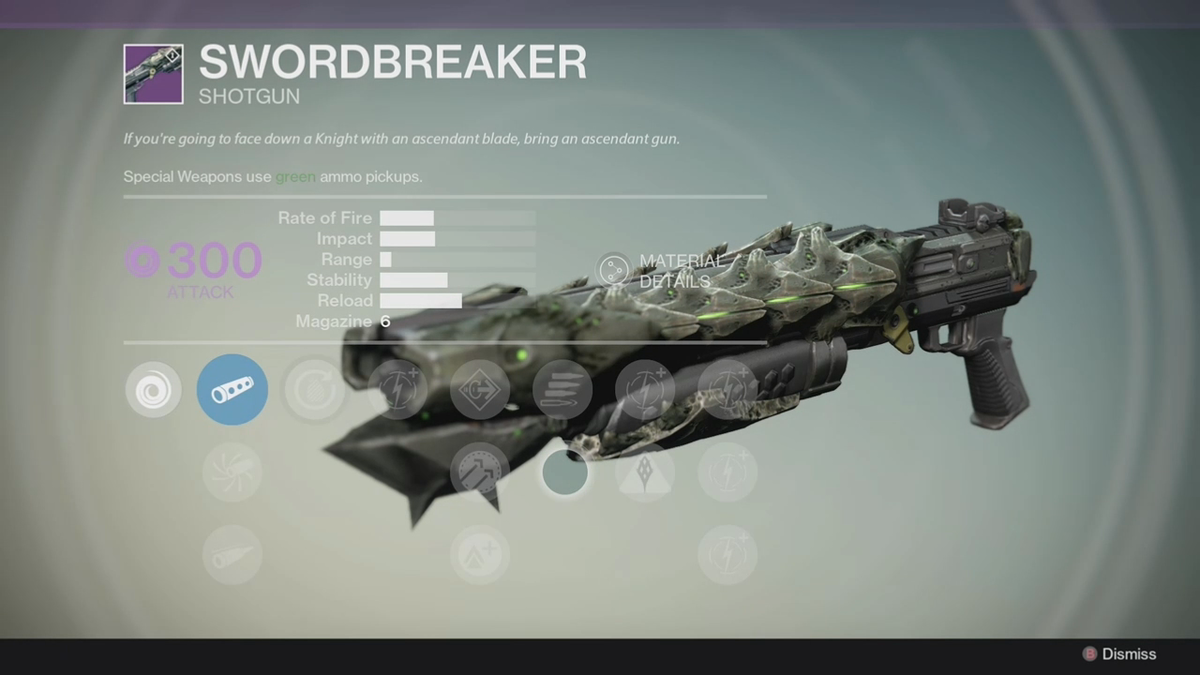 Almost identical to the Matador, the Felwinter has just as powerful impact and range but a slightly lower rate of fire. The good thing about this gun however, is that it can be acquired by playing in the Iron Banner, rather then hoping for a random drop that contains the Matador.

Because it is an Iron banner weapon it can also be re-rolled. See the re-rolling suggestions for the Matador 64 to get an idea of what works well on shotguns. Overall you’re looking to increase the power and range of the gun, so look to land perks that give you that on your rolls.

If you’re a high-ranking member of the New Monarchy, you can purchase this powerful shotgun directly from their vendor. This is a great alternative if you’re looking for a fill in while you try to get your hands on the Matador or the Felwinters Lie, because it is easily purchased with 150 crucible marks so long as you have the required reputation.

The gun’s impact is a 61, only 6 points shy of the Felwinter and Matador, and a slightly shorter range of 16 just 4 under the 20 of the top 2 shotguns. And while it’s magazine size is a paltry 4 shots, if you land Final round as one of your unlockable perks you’ll be firing that powerful shot much more often than on a gun with a larger magazine.