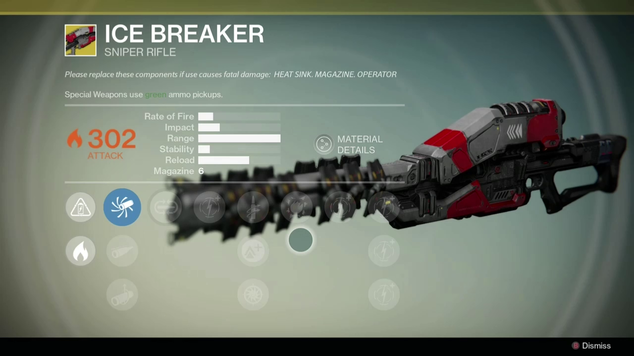 Sniper Rifles are a very popular pick in Destiny’s Crucible because they provide firepower that can one shot an opponent, and range that lets you hit them anywhere on the map so long as there is line of sight. Picking the best sniper rifle for the job can depend on a variety of factors, the least of which not being how comfortable you are with the weapon. Remember this isn’t the Iron Banner; numbers aren’t everything so try and find something that suits your playstlyle.

That being said, there are several different options that are clearly favored by the majority of Crucible players the best of which we will go over below!

One of Destiny’s most popular PVE snipers works just as well in the Crucible. The guns regenerating ammunition let you camp out for however long you want without having to leave for ammo pickups. The Ice Breaker is also one of the snipers capable of one shot killing a player with a revive shield by landing a headshot.

The gun is great for groups of enemies as well. The “Ice Breaker” unlock causes the targets you kill to burst into flames, dealing AoE damage to anyone nearby. 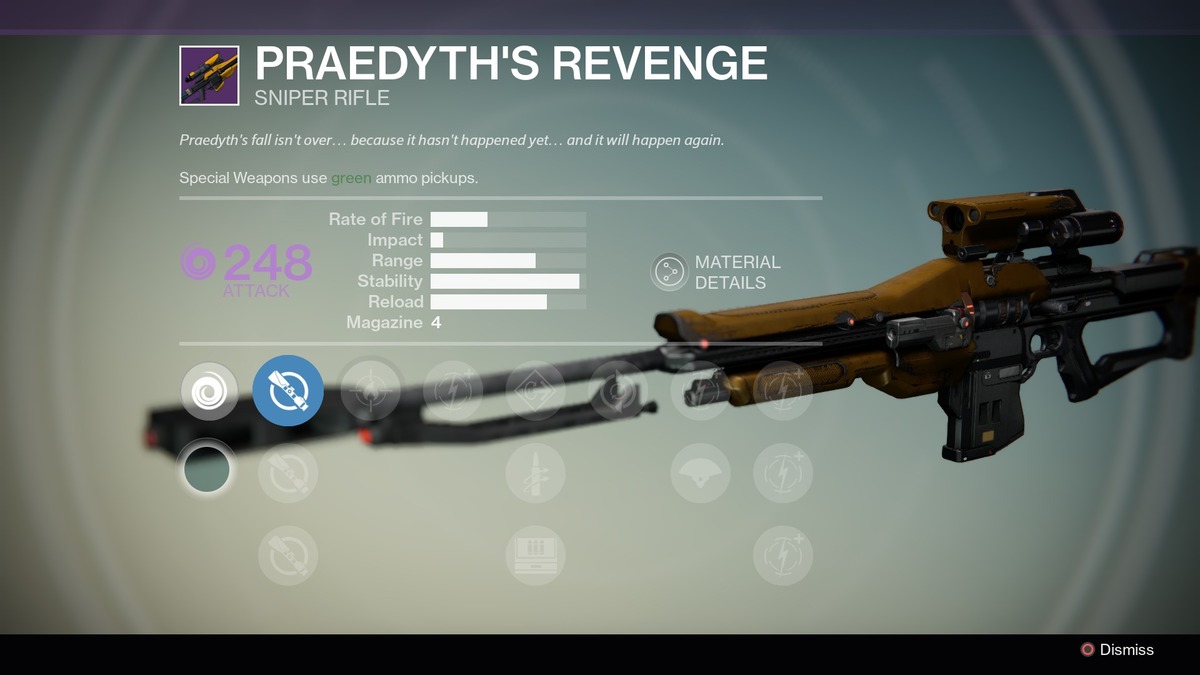 Pretty much a scout rifle with extra power, Praedyth's Revenge is deadly when used as a medium range quick draw sniper rifle. While it does have a lower than average Impact for sniper rifles, it makes up for it with a high rate of fire. Equip it with the short-range scope for the best results.

A popular sniper rifle because of its high aim-assist and large ammo capacity, this rifle will take most targets down in two hits. Received in the HoW, it can also be rerolled until you get the talents that you want, something that the Exotic sniper rifles lack.

Another re-rollable sniper rifle, this one benefits from it’s relatively high impact capable of one-shotting a revive shielded guardian. When paired with the Final Round Talent, the gun becomes a true powerhouse in the impact field. 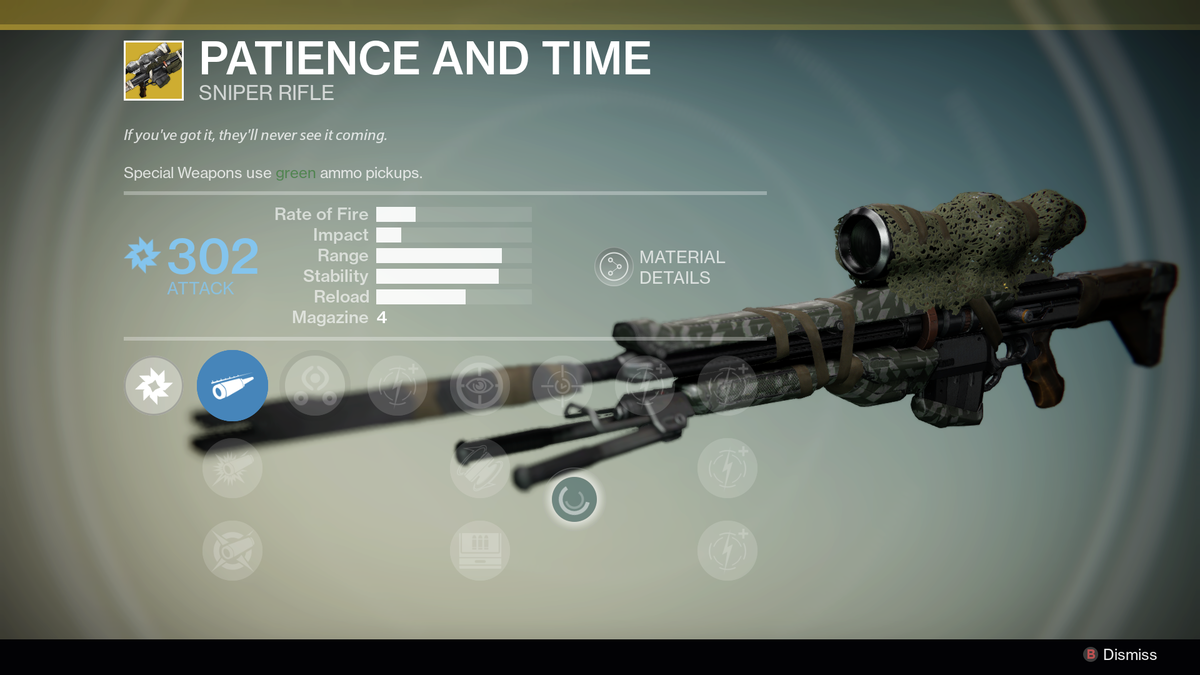 If there ever were a Sniper Rifle specifically built for Crucible camping this would be it. Two talents make the gun a perfect choice for PvP play. Third Eye, which keeps the radar visible even when you’re scoped in, and Patience and Time, which applies active camouflage to your guardian when you’re aiming down the sights.

Although it doesn’t boast a whole lot of impact power, it compensates for it with very high stability, range, reload, and a decent rate of fire.

The Black Hammer can be acquired from the Crotas End raid and is very good in the Crucible. It has a very high Impact stat, but a slow rate of fire and low stability. It’s high impact can deal heavy damage to any guardians even with just a body shot. Headshots are guaranteed to kill, even against revive shielded opponents.