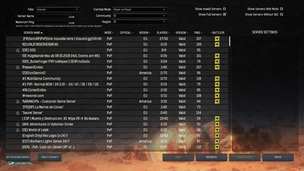 Conan Exiles: Which Server Should You Pick?
In this guide, we walk you through the server options in Conan Exiles so that you make the right choice.
Guide
Conan Exiles 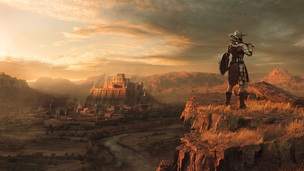 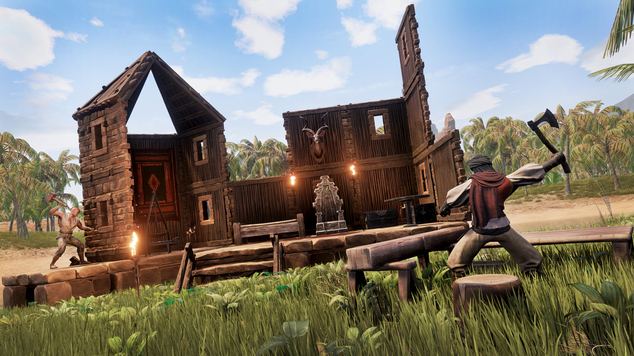 Conan Exiles: A Guide To Thralls
Here's all you need to know about Thralls and how to capture them.

Thralls are an important part of Conan Exiles, and on appearance, a seemingly complex system to understand. Simply put, Thralls are Non Player Characters (NPCs) which work for you at crafting stations, or by protecting your structures. Thralls are made up of a variety of races, across a variety of factions, and are found in camps throughout the world.

Despite the possibility of obtaining Thralls of different factions or races, neither affects their ability to work for you. With 11 Factions and 12 Races, there’s no shortage of possible Thralls to utilise. The main thing to be aware of, certainly when capturing them, is that some have better base equipment and prove easier to access. For example, Black Hand litter the desert areas but huddle in large numbers so can prove challenging to capture. In contrast, Relic Hunters are considered the strongest.

The process for capturing a Thrall is fairly simple, but not readily apparent. Firstly, you’ll need to learn “Thrall Taker” which allows you to craft the Wheel of Pain, as well as fiber bindings and truncheons. Once you’ve learnt this, you’re in a position to capture your first Thrall. 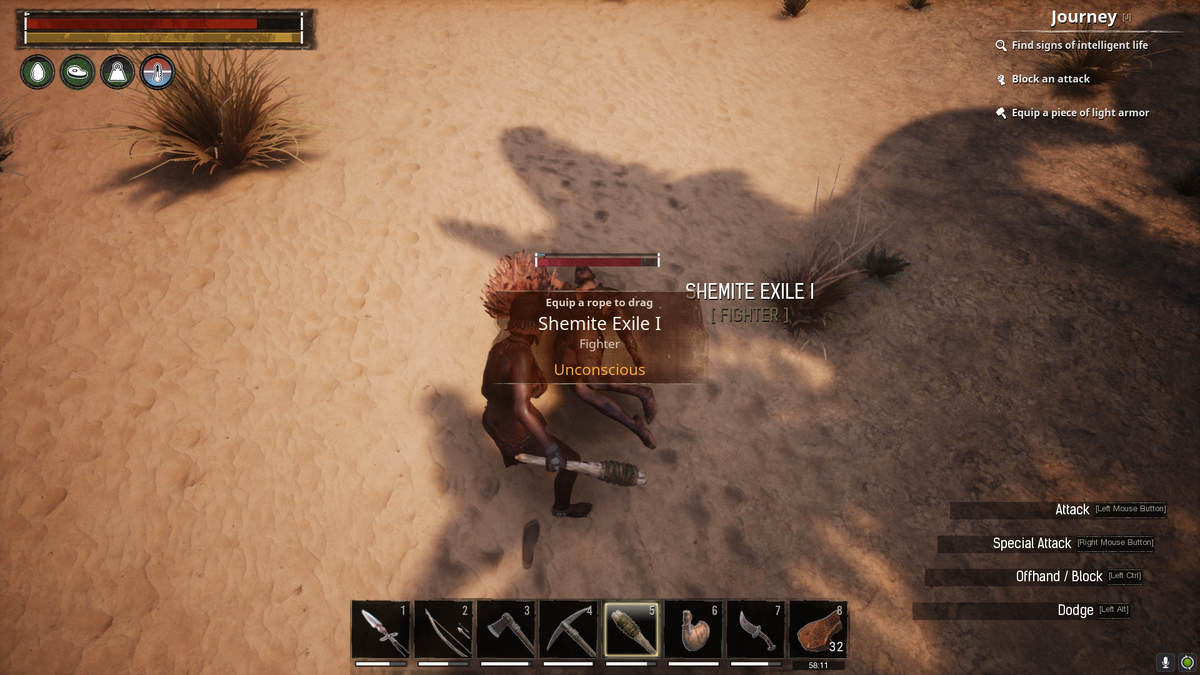 When you've knocked a Thrall unconcious, bind them up!

As long as the Thrall you want to capture doesn’t have a name, you’ll be able to make them your slave. Firstly, you’ll need to equip your truncheon and beat them until the blue bar above their health is depleted. Once it is, they’ll fall unconscious and can be bound and dragged back to your base.

To bind a Thrall and drag them, simply place your fiber bindings on your action bar, look at the downed Thrall, and press E. Doing so will tie you to them, allowing you to pull them where you like. Just be aware that when you’re pulling a Thrall, you cannot equip two handed weapons or swim, and are vulnerable while pulling them. 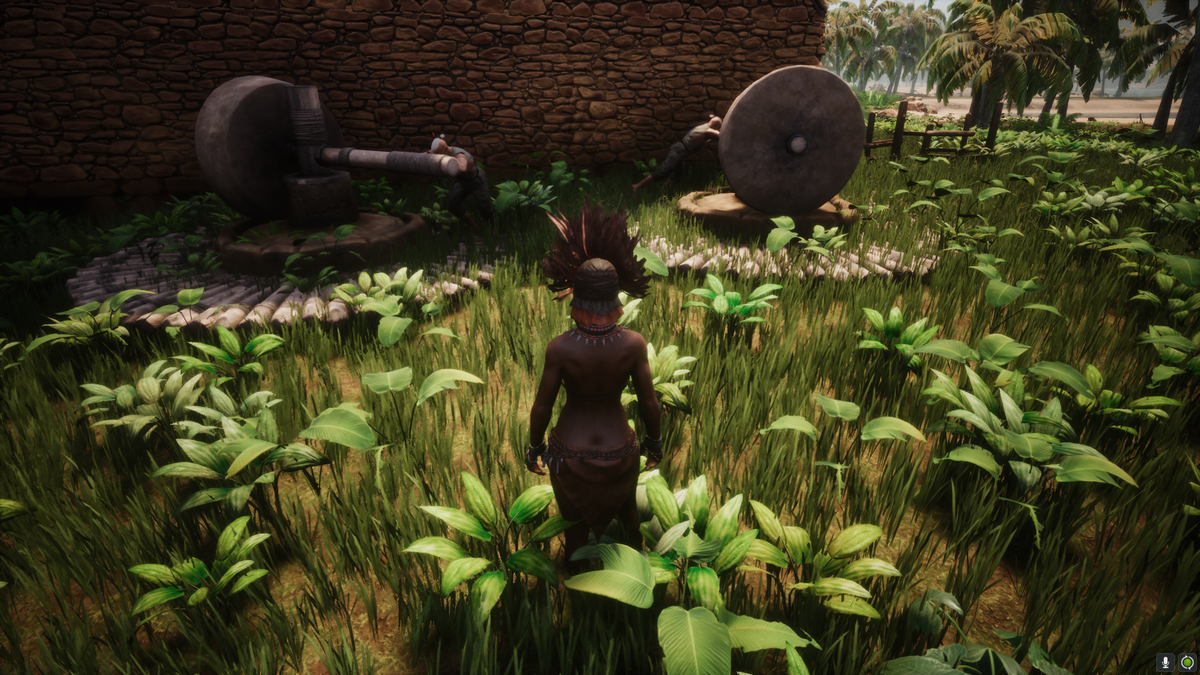 Be sure to have Gruel ready for your Thrall, so they can eat (poorly) while slaving away.

Without a Wheel of Pain, you cannot convert a Thrall to your cause. Setting your newly captured Thrall to the wheel will eventually break their will, giving your the ability to place your Thrall where you see fit. Although you’ll need to feed your Thrall Gruel as they plough through the earth (seeds + fibre on a campfire), they’ll eventually reach the point where you can pop them in your inventory as an item (yeah, it’s a bit crazy but works). Once you can do this, you can place them exactly where you want them.

Depending on which Thrall you’ve captured will depend on where you can place them. For example, if you’ve captured a fighter or archer Thrall (typically they wield a sword and shield, or bow) you can only place these on the outskirts of your land. In most instances combat Thralls aren’t amazing, but they do serve a purpose for protecting your buildings against lone players, or to act as fodder during a larger raid. In addition to this, most Thralls can be easily killed so it’s important to place them strategically so they aren’t easily sniped (check your server’s raid times).

Where other Thralls are concerned, some can be placed directly at crafting stations and have unique appearances to reflect this. Thralls also have tiers, allowing some to provide significant bonuses.

Each Thrall has 4 different levels, known as Tiers. The tier of a Thrall can be identified by the numerical value at the end of their name, and the higher the tier, the more potent their value to your crafting.