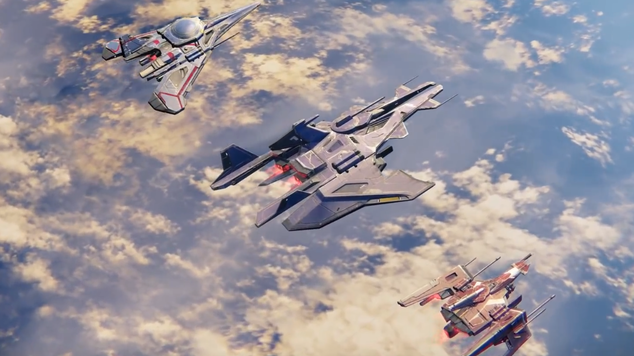 Travel in Destiny isn’t difficult and is explained in the process of the game. You have two primary modes of transit, the first is your jumpship, which acts as secondary storage and your way to get to other planets and locations. The second is your Sparrow, a bike that lets you roam around and move across large distances quickly.

There isn’t much to traveling in the game, you have one active method (your Sparrow) and one passive method (your jumpship), both of which are introduced during the early parts of the game.

Your jumpship is your home away from home and effectively your way to travel around. It can be upgraded with additional features, but the primary feature is that it’s a storage for your loadouts.

There are various different types of jumpships out there, but as of right now they’re all pretty cosmetic. You never really “load” into your jumpship, instead, it’s the pretty graphic that plays as you travel planet to planet.

As such, once you get your jumpship and the warp drive used to travel planet to planet, it’s not that interesting past there, unless you want to spend your glimmer.

While you can’t pilot your jumpship, you can watch it fly around during loading screens. Some players think these animations are unnecessary, but they’re more or less just the loading screen, so you can relax and unwind during your space travels.

To end any confusion, a “shrike” is a form of sparrow, but not all sparrows are shrikes, however, most people use the terms interchangeably. Sparrows and Shrikes aren’t Pikes, which are armored and weaponized Sparrows.

You’ll get your first Sparrow when you get your jumpship. When you land on the surface of any world, you’ll have the option of riding your trusty Sparrow into battle and use it as a way to get on the ground and move around at a faster speed.

You can summon your Sparrow in any area where riding is allowed with the console appropriate keybinding. Generally speaking, these “speeders” are for transversing large distances on the map, but are also handy for quick jaunts or tactical retreats.

Different vehicles can have different abilities and statistics, so they’re a bit more than cosmetic.

Talk to the shipwright in the tower to purchase and alter your Sparrow. You can change your equipped vehicle in your equipment screen.

You can trade your vehicles with other players, including jumpships and sparrows.

Pikes are armored and weaponized Sparrows and are only obtainable by hijacking one from the enemy.

Specific vehicles, like the Infiltrator, are only available in multiplayer maps.