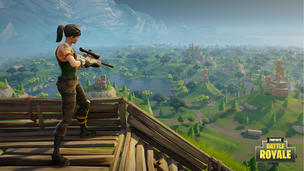 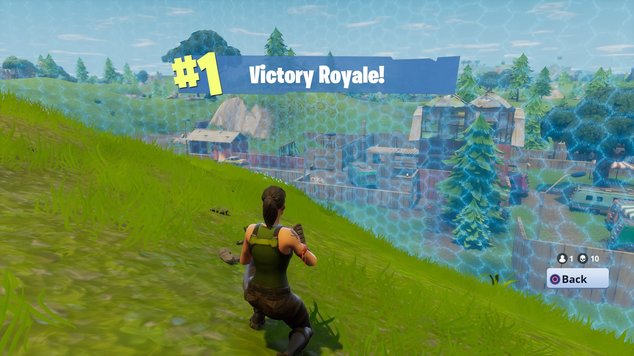 Fortnite Battle Royale: How To Win
Struggling to achieve Victory Royale and the #1 spot in Fornite? Here's our best advice.

Achieving Victory Royale in Fornite Battle Royale is challenging. It takes a lot of practice, many failed matches, and a great deal of patience. That said, there's certain things you can do that will drastically improve your chances of winning. As long as you follow the below tips, you should reach the #1 spot.

I know it’s tempting to dive straight out the Battle Bus and head to Loot Lake, but it’s often a sure-fire way of dying quickly. Most of these key locations have at least one weapon and if you’re only a fraction slower at landing than someone else, you’ll quickly be gunned down. Ideally you want to land away from the hot spots, typically in woodland, on a road, or one of the small shacks or gas stations that litter the map. While these may not always have weapons, they’ll often provide enough starter items for you to find your feet and avoid any early skirmishes.

Let The Rats Eat Each Other

You can often survive for long periods of time in Fornite just from avoiding other players. I know how tempting it is to attempt to kill an enemy player who potentially has lots of loot, but it’s far easier to simply avoid conflict altogether. If you can stick to the quieter paths and locations, while retreating from any firefights you see or hear, you’ll last a long time.When it then comes to late game, you’ll often have an abundance of gear that will put you on even footing with those remaining. In most instances, just quietly going about my business without going Rambo, sees me survive until the last five every single match. Don’t be in a hurry to attack other players: let them kill each other.

I’m amazed at how many people just randomly run around without any care for who might be near them. I really cannot stress enough: you should be crouching constantly, and only sprinting when you’re being shot at, or fighting against someone in close quarters. Considering you can still sprint while crouched (which makes only a little more noise than just crouching), you can get around the map quickly and quietly. Fundamentally, if people don’t know where you are, they can’t find you. It’s a simple concept, and yet it’s one that seems to allude many players.

You can get away with not building a single thing for the majority of a Fornite match. However, the smaller the zone gets, and the fewer number of players, the greater the need to build. When you’re down to the last five, you’ll absolutely have to build. Typically it’s not only because there aren’t enough buildings in an end zone, but also because you’ll need structures to defend yourself. Being able to build quickly in order to reposition, shield against a hail of gunfire, or to simply camp and wait for the opposition is integral to winning. If you can’t build quickly, you’ll most likely die. My best tip is to rebind the build keys to something other than F1 to F5. The default binds are fairly clunky and don’t grant fast access to what you’ll need. Once you’ve done this, you should spend as much time as possible practicing your building by creating different layouts and structures as quickly as possible.

I always lean towards moving late to the restricted zone space simply because if you’re last, you know that no one is behind you, and you can scout the horizon for structures that players have begun to build. While that potentially means less loot (locations will have often been cleaned up), it does put you in a solid position to simply wait and see what happens. When you’re last into the zone, right on the boundary, as long as you move near to some scenery you can buy yourself significant time and often pick off players who haven’t the care to look behind themselves. Although this strategy is risky if you’ve not got very good equipment, or you find yourself out of cover, it often works in your favor just to see the last few players begin to fight it out. You can then swoop in to finish them off, or collect their loot.

Watch Those Jumping Off The Battle Bus

Many players jump early, while others wait until the middle of the map. Only a handful typically leap off the Battle Bus at the very last second. Regardless of where you choose to jump (honestly, I’d always recommend you wait until last), always look at the sky around you rather than the floor. If you look skywards, or across the horizon around you, you’ll see who’s descending to the same location you are. If it’s looking like there’s too many, or one of them will land before you, it’s often best to completely change direction and fly away from them. While this may result in your loot chances being reduced, it does ensure early survivability. What’s also particularly good about watching the landing sites of other players is the fact it forces you to take uncommon routes that are quieter, and still littered with weapons and resources. These early skirmishes as players wrestle over a location quickly thins the herd: just don’t be part of it.

Harvest When You Can

When it comes to end game, you’ll need a lot of bricks and steel to guarantee your safety while building a shelter. Even wood, as common as it is, still has a great deal of value allowing for quick builds in a pinch. Depending on your location, you should regularly be harvesting resources. The downside to this is that acquiring materials makes a great deal of noise and does take some time. Ideally, you should only harvest when you know the area is clear of others, but do it little and often. As long you acquire wood, bricks and metal from trees, walls and vehicles as you move around the map, by the time you reach the end game - as long as you haven’t squandered materials along the way - you should have plenty in the bank.

It’s incredibly important to look for specific weapons during the course of a match. At the start, literally anything will do. However, there’s no mistaking that some weapons are undoubtedly better than others. The Tactical Shotgun is incredible all game (especially early, as it’ll kill players without shields in as little as two hits). Late game, the Grenade Launcher and Bolt Action Sniper Rifle prove incredibly powerful for destroying final structures, or picking off players running into the confined zone. If you can’t find these weapons, you should base your play on what you have. Ideally, it’s often worth avoiding fights until you can acquire them, unless you can snag a sneaky kill. If you can make it into the final five armed with a Grenade Launcher, Scar and Bolt Action Sniper Rifle, you really couldn’t be in a better position to win.

Possibly one of the most important pieces of advice I can give, is to obtain a shield as quickly as possible. By default, you can only gain 50 shielding, and need to find a Slurp Juice to increase this to 100. Simply put, a shield will save your life and allow you to trade against other players who have one, or easily kill those who don’t. Preserving your health if you don’t have a Med Kit or bandage is key to surviving until the very end.