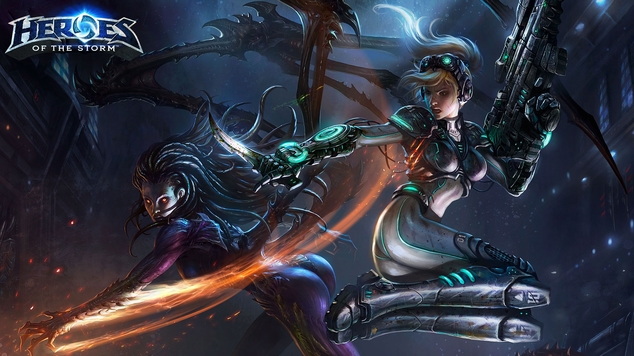 I often get asked how you should reach Grandmaster in Heroes of the Storm. Although there’s no simple answer and Hero League certainly requires a great deal of time and patience, there are things that you can do to significantly improve your chances of climbing the ladder. Although they aren’t foolproof, I’ve found the methods below certainly help to mitigate risk and place you in a much greater position to win matches. I should stress that much of the below will significantly reduce your Hero choice freedom and whilst it’s more than possible to win against any team with any composition (just about) I’ll reiterate that this advice is all about improving your chances of success.

The first and arguably most important part of beginning your time in Hero League is to understand the current “meta” and how the majority of players are playing. In this instance and at the time of writing sustain is key. With many Battlegrounds requiring long drawn out fighting (primarily as a result of Malfurion, Auriel and Luico) it's important that you can not only poke, but that you can use abilities as often as possible. Any Hero that has low cooldowns, AOE pressure and crowd control excels right now. Stuns are still invaluable, while large group disruption is also excellent (Diablo's Apocalypse into Ring of Frost, for example). Heroes such as Arthas, Kael'thas, Sonya and Ragnaros do well right now thanks to their combination of damage and sustain. In contrast, Heroes such as Tracer and Samuro have fallen massively out of favor as they've simply no means of dealing damage through a double-warrior, sustain composition.

Learn As Many Heroes As Possible

When I first began playing Heroes of the Storm I joined at a time when Sonya was considered very poor. Being a stubborn individual I wanted to prove doubters wrong and climb to Rank 1 (as it was then known) solely with her. Whilst it’s possible and I got close, it was not only hard work but my ignorance of other Heroes left my team having to work around me (rather than us working together) and resulted in me lacking knowledge on how to deal with opposing Heroes. Knowing how all Heroes function, what their strengths and weaknesses are or what their likely rotations are, is invaluable. Although you can get a feel for how a Hero plays from fighting against it, it’s not the same as investing your own time in said Hero. Is this time consuming? Yes, without doubt. However, it will pay dividends in not only your flexibility at the Hero select screen but will proof particularly useful when participating in team fights.

Building on the above, it’s incredibly important that when you go into Hero League that you don’t just play one Hero. I really can’t stress this enough. Players that first pick Nova, or last pick Murky when you already have three Specialists are a headache. Part of what makes a successful team is having a rounded composition that’s balanced and flexible in how it can attack. You should never go into Hero League with the mindset of “I’m only playing Stitches”. Instead, be open minded about what you are willing to play and engage with your team whilst picking. If you already have Lt. Morales as first pick, choosing a complimentary Hero to make use of her Stimdrone, such as Raynor, Thrall or Valla is a smart choice. If needed, you should also be willing to bring a Hero others in the team think will work well. Wanted Tychus? Take Malthael instead.

I really cannot stress this enough - try to secure meta heroes early. There’s no denying some heroes are stronger than others and as unfortunate as it is that some heroes drop out of the meta, it’s incredibly important that your team secure the “best” as quickly as possible. At the time of writing, the following Heroes are the backbone of most teams.

Whilst there are other Heroes (you can view my Tier List here) should these be unavailable, they are undoubtedly a set of Heroes that will give you and your team the best start. Securing as many of these is a must but always remember to have flexibility for counter picking. 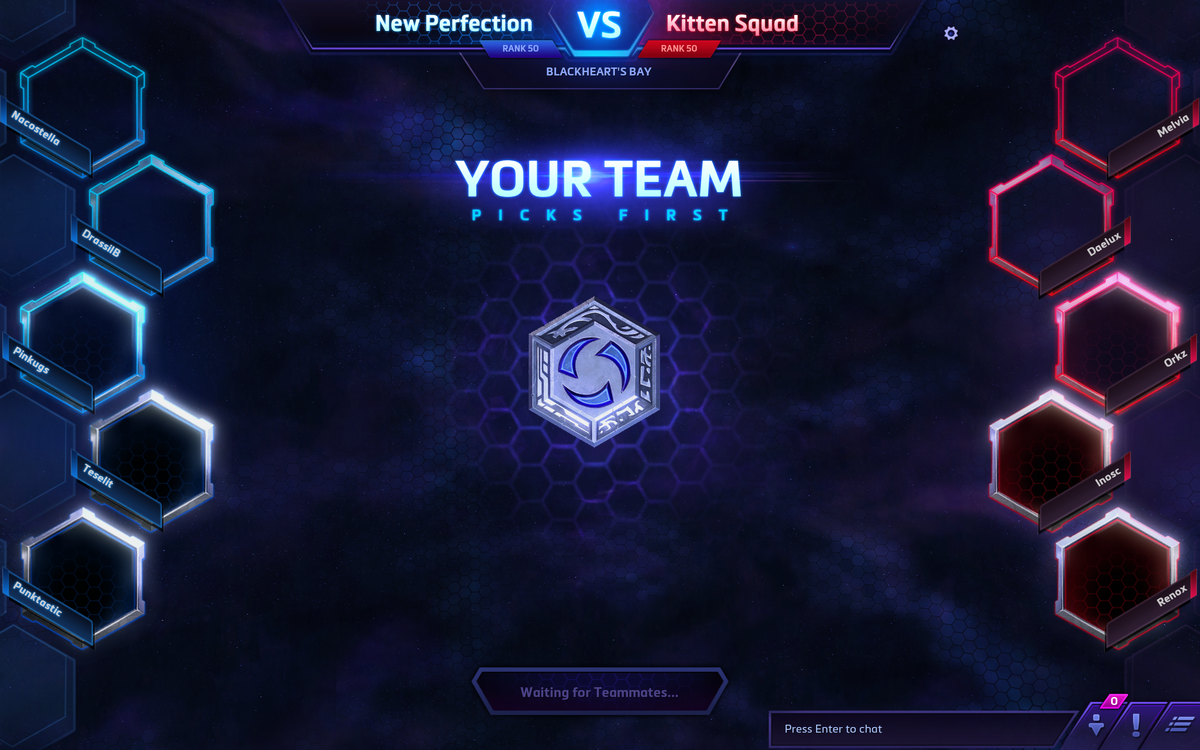 The Hero Select is an incredibly important part of Heroes of the Storm. Having a strong composition from the start, with the strongest Heroes, is a great foundation.

Accept You Will Lose

Possibly the best advice I can give: never expect to win every match. The key to climbing is to simply win more than you lose. If you accept that you can't control what Heroes your team picks, how they play or what they'll do in game, you'll also feel instantly better. My worst series of losses was 14 in a row; I simply couldn't win anything. I ended up falling down the ladders from Diamond 1 to touching Gold. It was awful and at the time, I got really stressed with my team mates and all their failings. After taking a break and realizing it isn't something I can control, I focused entirely on my own play, my positioning and rotations. It made a huge difference and in just a day I'd recovered all my losses and gained on where I started. If you can learn from your losses, you'll be much better positioning to climb.

Learn When To Boss, Camp or Push

It’s amazing to see, even at the highest rank possible, players still go for camps when the opposing team is dead. People still do it and yet it’s absolutely pointless, especially late game and if the opposition is respawning. For the time it takes to travel to a camp, capture it and the minions to walk to the enemy base, you could have quite easily burst through multiple keeps (especially above level 16). Knowing when to push, or take a camp or boss is key to pressuring the enemy. Camps and their minions aren’t really designed to be exceptional by themselves - even if they can cause trouble if left unchecked. What they’re designed to do, certainly from my perspective, is to stretch the opposition. If you’re sending wave after wave down the enemy lanes, they have to deal with them. This buys you time to move to different areas of the map, take a boss or single out a target. It would take an entirely new article to discuss the nuances of when to go for a camp or boss or when to push, so I’ll try my best to simplify.

Capturing a boss is a luxury and is not mandatory for success. The reason why most people capture it is because it has high health and buys lots of time. Late game, if you push alongside it, the boss can be a brilliant barrier as your team provide an escort and at level 20 it can absolutely demolish the enemy Core. Despite that, I see all too often players wanting the boss during early game, when the oppositions cooldown timers are mere seconds (rather than into double digits). Even with high damage teams, it can still take a good 15 seconds to burn it down. If there’s even a chance that 3 or more of the enemy team will arrive, it’s simply not worth the risk and you should do something else. If you’ve wiped them however and their cooldown timer is over 20 seconds (that’s a fair benchmark) - go for it.

Before level 10 I wouldn’t encourage going out your way to solo a camp. In fact, before level 10 I’m not even convinced you need them. Whilst they serve as a distraction, because everyone is laning so heavily during the early stages, they tend to be brought down incredibly quickly and do nothing as a result. Having said that, if you manage to kill a enemy who is laning against you, it’s sometimes worth quickly flipping the camp with your partner.

It takes a great deal of time and practice to learn when is and isn't good time to push. When the enemy team is dead it goes without saying - you push. It's the moments in between wipes that takes finesse and map awareness when the enemy is full strength or out of position. Post level 10 it's fairly easy to get a gate, towers and a keep down. Timing that assault, certainly on your own, is more instinct than something I could teach here. The best advice I can give when debating as to whether or not you should push:

1. If you’re at the enemies Keep, how long would it take you to destroy it?

2. If the enemy were to pounce on you from behind, whilst at the Keep, could you reach safety without dying?

If the answer to both the above questions leaves you in any doubt, or you fear that solo or in a group it’s too risky based on the enemy location, or the fact you don’t know their location, it might be worth doing something else. 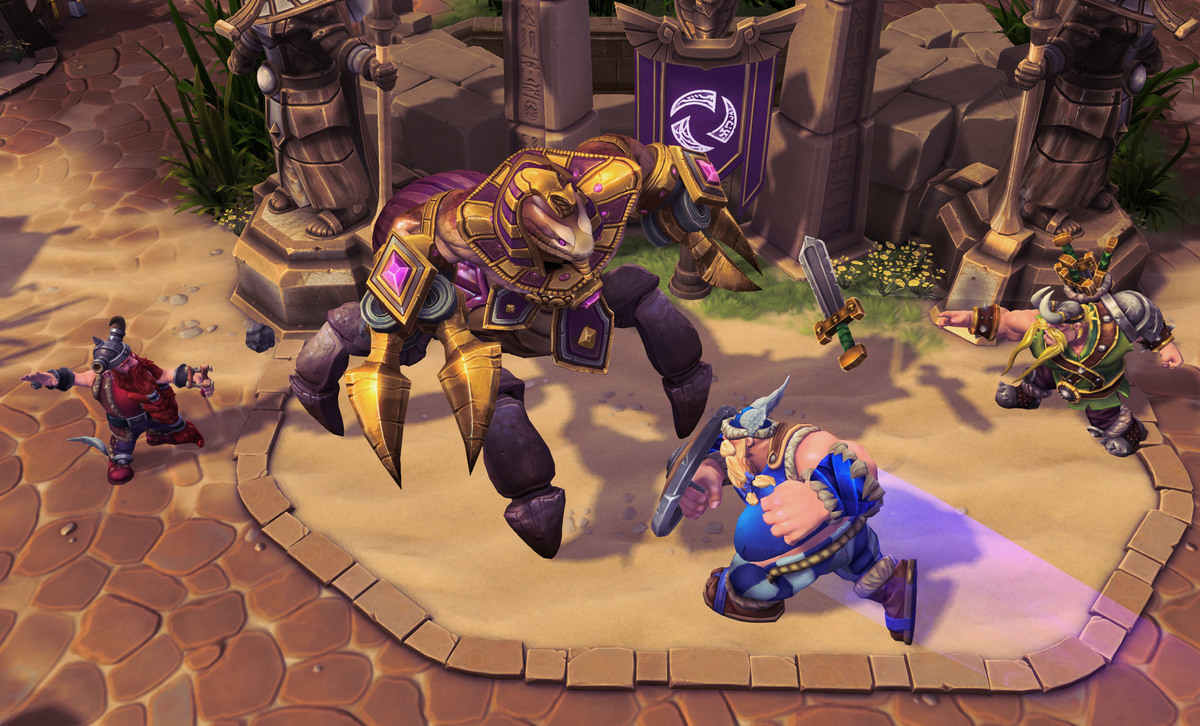 Securing a Boss provides an invaluable distraction but it should only be secured if there's little risk of failure.

I'll freely admit I've lost my temper when playing Heroes of the Storm and directed it at players who were clearly at fault (intentionally dying, attacking the tank instead of the assassin that's on 1% health) but it does very little to help the team. It agitates everyone, can make players play worse by being agitated and it makes you look a dick. I've found being positive in chat, right from the start, changes a mood instantly. Saying hello, being encouraging and positive throughout a match - even when things go wrong - makes a huge difference in the mindset of players. Only yesterday, my team was playing terribly and dying constantly through a variety of errors. I gave a pep talk after our wipe respawn, provides some tips, encouragement and a strategy. We ended up turning the match around in three minutes and winning, despite having not secured a single kill before then. Best of all, being nice will allow you to make friends who you can then pair with in the future.

Building on the above, I've lost count at the number of matches I've played where people give up within the first few minutes. A few careless deaths, in Heroes of the Storm, does not spell failure. Unlike many MOBA’s, HotS is incredibly easy to make a come back and experience gaps can be plugged with one successful team fight. In reality, everything hinges on levels 16-20 where death timers really make a difference. If you find your team is dying early game, quickly decide why:

2. Could you switch one Hero to another lane?

3. Can you assist them by waiting to gank?

4. Is it simply a case of over extending or playing too aggressively?

Once you’ve addressed these issues, regroup, formulate a plan through chat, and work as team to focus targets and soak experience. Just don't give up - if you make it to at least level 13 before your core is wiped out, you've every chance of a comeback.

Have a tip you want to share? Think I've missed something that could be valuable advice? Let me know and I'll add it to the list.