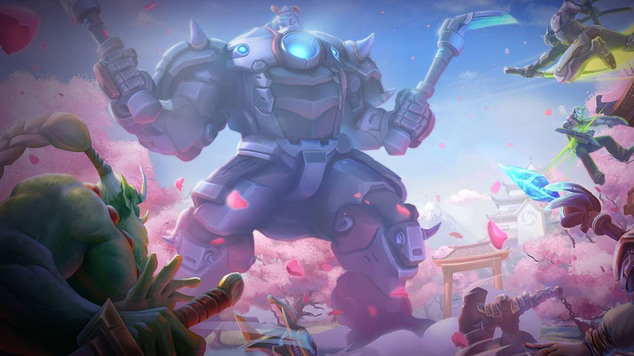 Heroes of the Storm: How To Win Hanamura (Guide)
Hanamura is a busy Battleground, but it's surprisingly simple. Here's my guide on how to win.

Hanamura is a relatively simple Battleground that, seemingly, is proving difficult for many players to understand and importantly, win on. In this guide I wanted to provide tactics I’ve found successful, while giving advice and tips on how to coordinate with your team to beat your opposition. The most important thing however and to stand any chance of winning, is to understand the mechanics of the Battleground itself.

There are four key components to Hanamura:

Based on the above, below are the primary things you should be doing to secure a win on Hanamura.

A massive part of Hanamura is drafting for two things: lane push and sustain. You need strong lane push so that you can quickly and easily destroy Towers and Keeps the moment you and your team have the opportunity. Naturally this means securing a strong Specialist. Unfortunately options here are limited, especially when the Battleground is small and you need to quickly bring fortifications down. Azmodan, Nazeebo and Sylvanas are, right now, the only options here that can truly cause problems in Hanamura.

If you can secure one of these heroes, you’re already in a good position. In addition to this, it’s imperative you draft heroes with access to high levels of sustain. Typically these are Support heroes with low mana cost/cooldowns and high provisions of continuous healing.

Fighting over a Payload is intense, time consuming and returning back to base when you’ve tapped a Fountain already simply takes too long. Ideal Support heroes to draft here include:

Finally and when it comes to damage, you need heroes that can not only hold a strong front line to bully the payload, but to also poke from afar while constantly pressuring the enemy team. Heroes who excel here are:

Despite the variables in hero suggestions above (and there’s by no means a guaranteed lineup) I’ve had particularly high success with all of them, in some form or another.

Those listed offer a level of damage, defence, sustain and front-line that opposing teams will inevitably find difficult to deal with. Undoubtedly there are always variables and you should still ensure you counter-pick, but at the very least securing many of the above will give you a good advantage. 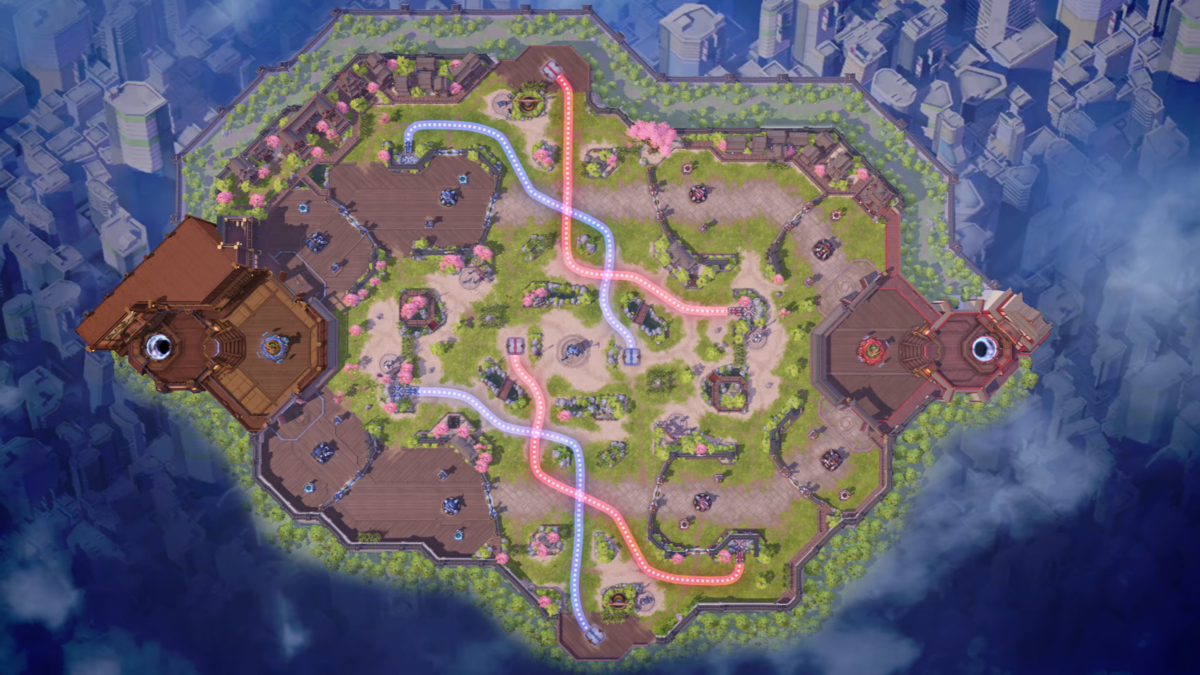 As Payloads are the only means of damaging your enemies core (unless you kill the Boss), it’s imperative that you escort them at all times. Ensuring each is delivered to its destination is fundamental to winning. Failure to deliver your Payloads, inevitably, ensures you won’t deal damage to the enemies Core and you will eventually lose. What’s important to note about Payloads is the following:

Unsurprisingly and based on the fact the enemy Core only has 7 health, you’ve only a handful of options:

It’s absolutely imperative that you agree, at the start of a match, the player who will always go for the first Payload. It will allow the rest of your team to contest (see below) while one player escorting is often more than quick enough. Even on a double Payload spawn, you should still aim for only one player to escort a single Payload, before moving to the second.

Ideally, you should allocate the player to Payload escort who is best suited to late arrival in a team fight and who can survive 1 on 1 encounters. Based on the heroes noted above, Dehaka, Leoric, Thrall and Artanis make excellent choices. However, I stress that you should only have them escort if you’ve a double-warrior composition.

What I should stress on Payload pushing is the fact you want to always be ahead of the enemy in terms of spawn timers. The sooner you deliver yours, the sooner your next will spawn and if you’ve stalled long enough (again, see below) this buys you considerable time to focus on contesting while one of your team pushes.

It’s absolutely imperative that you constantly contest the enemy Payload and importantly, the FIRST to spawn. You cannot cover all Payloads (especially if the enemy have two) so try to focus on one with 4 of your team. The idea is that you want to quickly secure your own, delay your opponents and then gain a spawn advantage. This then frees up considerable time to push lanes, contest further and do camps.

What’s challenging to judge when contesting is how long for, and when to eventually stop. The key thing to remember is that if you’ve secured the first Payload and delayed your opponents, all being well you should always have a delivery advantage. My best advice from then on is:

Finally, just remember that it’s near impossible to prevent the enemy from delivering some Payloads. What’s important is to simply deliver yours before your opponent.

It’s paramount that you take down enemy fortifications as quickly as possible. The problem is that this is often difficult to manage when A) you’re pushing a Payload and B) when you’re contesting a Payload. To do it effectively (and this is where Nazeebo and Azmodan come in) is to rush them with your team once you secure some kills, or when your team can still contest, but spare the Specialist.

This, similarly to above, is hard to judge. If you’ve wiped the enemy team, absolutely push for a structure. If you’ve killed one or two, still push for a structure. At the very least, you should be using the enemy's death timer to take down their wall and fountain. This, when they’re pushing their own Payload and when you’re contesting, is often enough to stretch your opponents and force them to back to their Core.

Finally and when it comes to fortifications, there’s two rules:

It might sound obvious, but I’ve lost count at the amount of people I see in Hanamura ignore the enemy pushing a Payload, with 2 health left on their core, only to do a camp or clear a lane. If you’ve recently lost a structure, you need to immediately look at your Core health and determine how many Payload deliveries you can withstand. If necessary, make it obvious to your team how many and what to do next (ideally contest if the next will see you lose).

Only Take Camps When You’ve Time

In all honesty, I wouldn’t go out your way to secure the majority of the camps in Hanamura unless it’s during the downtime between laning and a Payload spawning. Most of their items are pretty poor (with the exception of Support Camp) and while the Turret is annoying and the AOE heal valuable, none of them make or break a team fight. By all means take them when you have time, but never go out your way to secure one. Their value is limited and the time it takes to bring them down, unless you’re a group and can burn them down in seconds. If you are going to go out of your way to grab one, be sure that it's the heal.

When it comes to the boss (Mega Enforcer) it’s often not worth taking . Unless you’ve wiped the enemy team and their respawn timer is 20+ seconds and/or if they’re at the top of the map (and some are dead) attempting to push a Payload, just ignore the boss. Not only can it pull one of your team inside itself (putting you at HUGE disadvantage if the enemy team turn up) but its AOE damage field can see your team take massive damage. It’s simply too risky, for too poorer reward.

Camps in Hanamura include: