EQ2 Priest Alternate Advancement Updates
Wrapping up our updates on the EverQuest II alternate advancements for each class, the priest abilities have no
Guide
EverQuest II 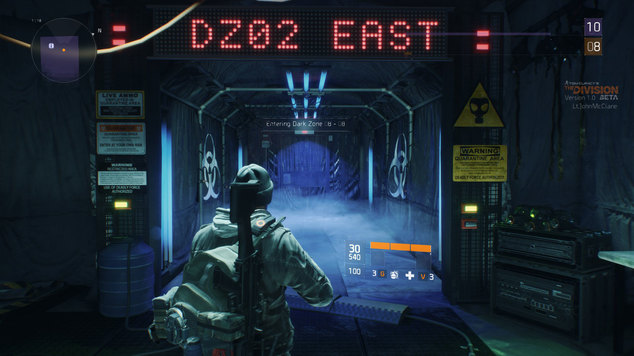 A review of the new and improved Qeynos Isle changes!

A little over a year after release, after I have taken newbie character after newbie character through the Isle of Refuge more times than I care to recall, I cannot say how thrilled I am to have heard of the changes that were occurring to the Isle. Not just because Im freakishly alt happy. But also because I always thought that the Isle could use a little more flavor, and a little more drama. Im happy to say, that the new version of the Queen's Colony, has both of those, making it a far more interesting place for new players to experience the amazing world of Norrath.

The first, and most notable change is the fact that we may now choose our class path upon character creation. This simplifies your new characters life progression. No more sub-class and class quests, and even more appealing is the fact that you start out looking like the class that you choose, with the more personalized spells and combat arts of your chosen class.

Having played a Monk through level 60, I decided to see how different it would be with that same class, a class that I was very familiar with. And so she was born.

I was dropped onto the Isle with some very basic gear already in tote. A Gi even! Which is something I hadnt seen

previously, prior to my level 20 chainweave armor quest. I was given typical Monk hand weapons, Monk combat arts, and a heal, and plopped down onto the isle near the tower.

I was first met by a rather large and handsome Kerran, dashingly clad in heavy armor, by the name of Murrar Shar. He tells me of dangers that have taken the isle, and he sends me off to first become acquainted with the local area, before telling me more. So I wander aimlessly viewing the unfamiliar sites, visiting places like the bank, the trading post, and the training grounds. Once my first task is complete, I return to the hunky Kerran, and he tells me more of whats been going on around the Queens Colony.

The colony once had a calm existence with the Sapswill Goblins, partaking in trade and allowing each other live on the small isle, in peace and harmony. Then some unknown occurrence happened causing the goblins to begin relentlessly attack the colony for no apparent reason!

Murrar, quite asutely realizing that I am rather useful, sends me to meet the brave Barbarian, Sergeant Haggus, who toils away endlessly at the barricade, keeping the colony free from the poorly behaved goblins. We chat a bit, I may have flirted a little with him, but I assure you, he never left his post. Hes clearly a man of duty and honor.

After wowing the mighty Barbarian with my uber Monkly abilities, he gives me another small task, and once completed, we then bid each other a tearful goodbye. Poor man, he may never love again now that Im gone.

Lions, and Tigers, and Bears? Err..That's not quite right.

Beyond the safety of the barricade, youll notice the mob changes to the isle immediately. There are falcons flying about, and deer pouncing throughout the Sunset Meadows, seemingly oblivious to the chaos of charging goblins.

I head to the north, heading into the ominous Tainted Forest, where defiled deer (Umm, has Asterothrax been here? Bad Aster! I told you that furry woodland creatures aren't meant for that!), some rather ill looking goblins, nests of nasty spiders, and cute little ghostly treants reside.

Clearly some sort of sickness has taken over, (And I don't just mean Aster's forbidden lubbins) and I, Super Savanja, was determined to find the cause of this plague.

Ill spare you all the minute details, as Im sure I am now a legend in the Queens Colony, and when you make your way through there yourself, youre bound to hear how this beautiful, daring vixen, saved the isle from certain doom.

I will tell you that the dangers of the Undead Canyon, the Abandoned Village, and Hope Falls are all too real. And while I charged in like the brave warrior that I am, I urge you mere mortals, to proceed with care.

Once you are done seeing all there is to see, and doing all there is to do in the Queens Colony, you make your way out to the docks and hail the Citizenship Registrar, where you immediately receive your Call of Qeynos spell, and directions to find your racial mentor within your new home village.

Arriving in Nettleville Hovel, and meeting my human mentor, Helain Conyers (it seems each race gets a different mentor), and having a little chit chat about some rather deep topics, Im once again, sent off on extremely urgent quests. Assuming that they had heard of my amazing prowess as a problem solver, I graciously accept the tasks, proving my loyalties to the Queen herself. I'm expecting and invite for tea any day now.

Putting away the superhero Monk duds for a moment.

I have completely enjoyed the new build of the lower levels. We are able to stay on the isle longer, I didnt make my way to Qeynos until level 8, and its become less tedious, and a little bit more enjoyable. I breezed through on questing alone, making me feel busy and goal-oriented, which is something that I very much enjoy. But beyond that, the quests flow. Almost like one long quest, that happens to be broken up into sections. They continue a storyline in a very neat and cohesive manner.

All in all, the Qeynos side Isle changes, class revamp, and early level Qeynos gameplay alterations, are a very positive addition. For once, I wasnt thinking Omg! I just wanna get off of this danged Island!!!, I was savoring my early levels, soaking up a little bit of lore, and remaining entertained and busy.

I believe that this will give Everquest 2, a whole new appeal, hooking the new players that just walk in the door, and continuing to amaze the ole regulars who just want to see something new.

As for myself, now that Im done saving the Queens Colony, I do believe I shall roll a devious lil dark elf and make my way to the Freeport Isle, to see what kind of destruction and devastation I might be able to bring there.

EQ2 Priest Alternate Advancement Updates
Wrapping up our updates on the EverQuest II alternate advancements for each class, the priest abilities have no