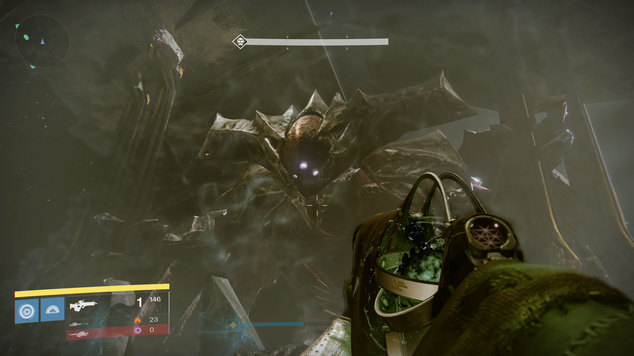 Killing Oryx in the Kings Fall Raid Hard Mode is one of the toughest tasks to undertake in Destiny right now. If you’ve beaten him before on normal and you’re feeling confident, get ready to be humbled because hard mode is a whole other beast.

For the most part the strategy is the same, but you’ll need to be a lot faster, more precise and better geared if you’re going to stand any chance against the buffed up enemies and mechanics. To start with you’ll need to make sure you and your fire team are properly prepared.

A light level of at least 310 is recommended for Oryx hard mode, and if you’re much lower than that you’re going to have a bad time. If you’re an extremely savvy player and know the fight like the back of your hand you may get by at 309, but the rest of you will want to be 310 or north if possible.

An excellent sniper rifle with good impact is a must here. We’re talking at least 300 damage and a high rate of impact. Black Spindle and 1000 Yard Stare are usually your best choices here. Of course, if you can get your hands on the Touch of Malice that’s a huge bonus as well. In fact some teams won’t even accept anyone without it.

As always, make sure you’re well stocked with ammo synths before you head into the raid. Some things to keep in mind are: 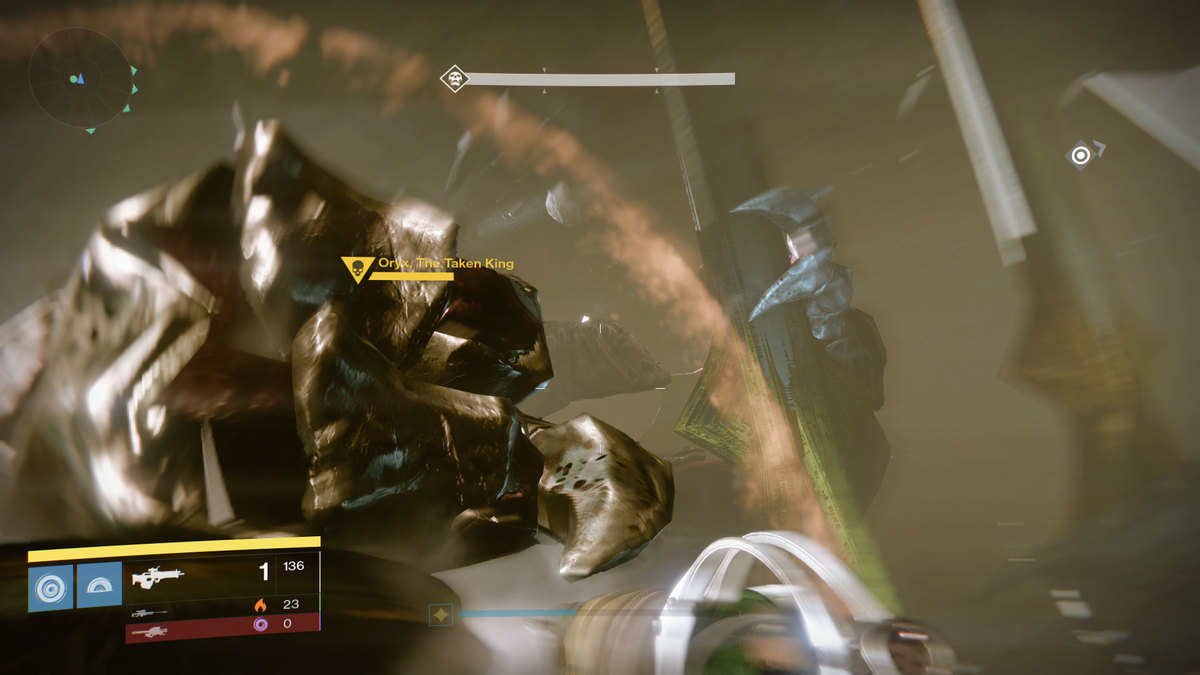 The fight is relatively the same with some new tricks that you’ll have to account for or you’ll be quickly overwhelmed.

Ogres spawn the same way as they do in the standard fight, but now each time you kill one it will spawn a knight in the opposite corner of the map. You’ll need to coordinate with your team on the other side to let them know when they can expect a knight to spawn.

Deal with the knights quickly or they will destroy the orbs. Luckily they are pretty easy to kill so make quick work of them before they have a chance to ruin your run.

The platforming and smash sequence is the exact same as the normal Oryx fight, only now you’re surrounded by tougher enemies. Pick your best platformer to do the jumping and minimize the amount of time you spend exposed on the platforms.

Running to the bombs to detonate them is the most risky part of the whole raid. The beefed up adds (especially the acolytes eyes) will make quick work of you if they catch you out in the open. Have the players that stay behind focus on clearing out adds. Also, try to clear as many adds as you can immediately after staggering Oryx and just before you run to the bombs.

Staggering Oryx will take all of your teams focus. Make sure everyone is reading to fire when his chest opens up. The Touch of Malice is extremely helpful for this part.

The rest of the fight is exactly the same as the original version, so if you’ve managed to master it on normal all you’ll need to focus on is getting your light level as high as you can to mitigate the damage coming from enemies.