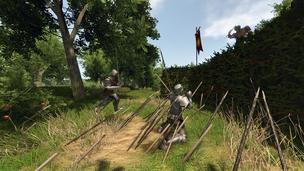 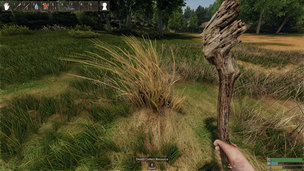 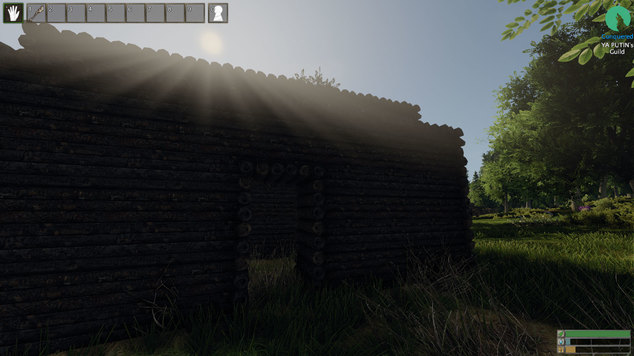 Crafting and building is an important of Reign Of Kings. You need to participate in both in order to survive, for a variety of reasons. Crafting grants you access to better harvesting tools, building components (such as blocks and doors) as well as armor and weapons.  As far as building is concerned, it’s a simple process of crafting enough you need to craft all the components you need for walls, doors and a roof. 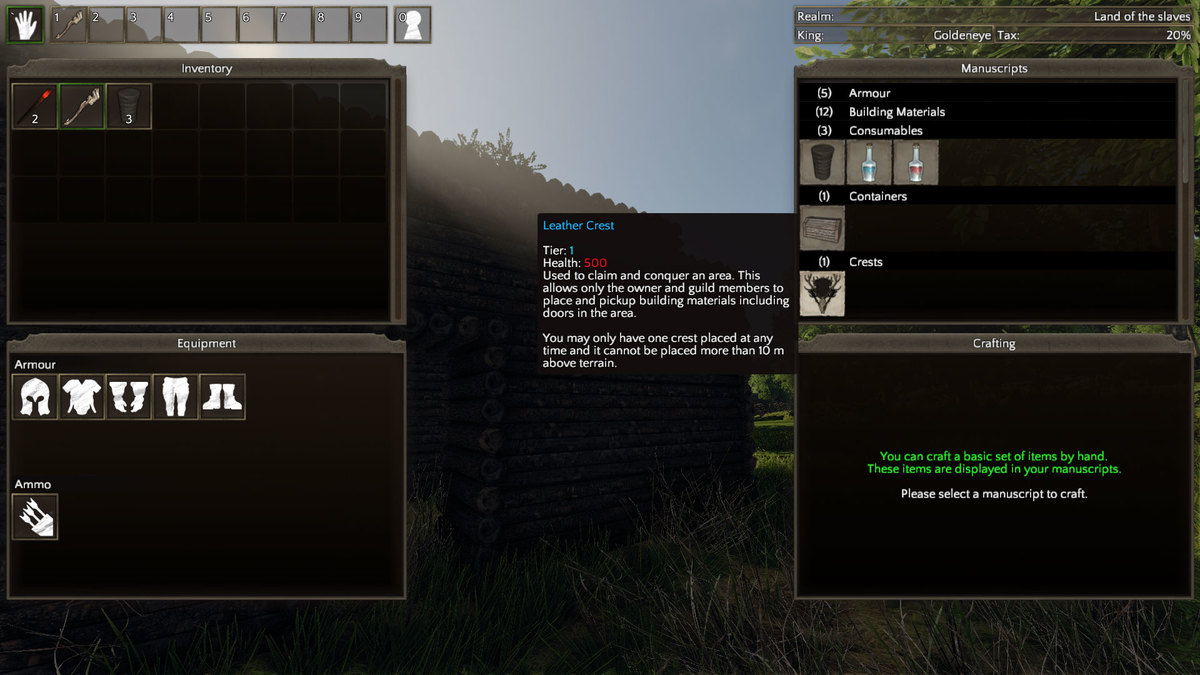 Before you begin to craft or build anything, you should stake your claim on a piece of land. This allows you to control it and set a boundary. By doing this players won’t be able to steal anything you build, though they can destroy it. As far as I'm aware, they can also, with time, take over your land if you leave it unattended. 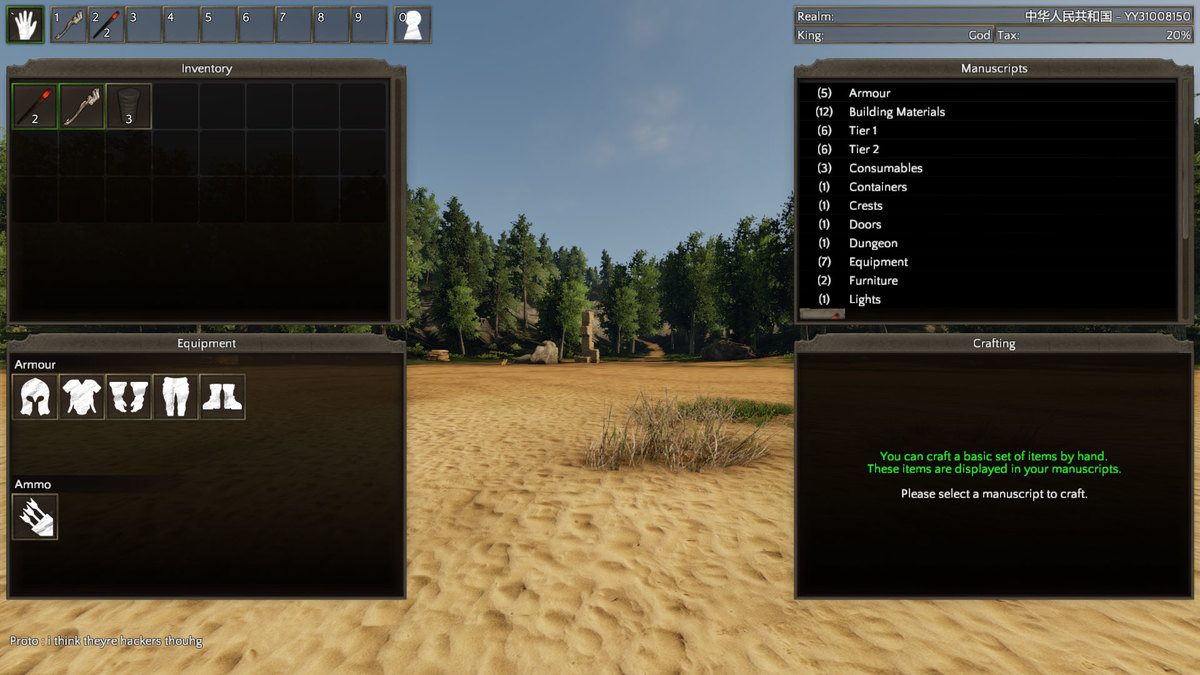 Crafting is a simple processing of finding the right materials and combing them. All players have access to a default set of a blue prints that they can craft at anytime, anywhere, just by bringing up the inventory. It’s a dropdown menu that will tell you exactly what you need to construct an item. Once you’ve made any item, it will then appear in your inventory.

For more advanced weaponry, buildings and armor, you’ll need to create a worktable. These are relatively cheap at a few hundred wood, but open up access to a much better set of blueprints. Like most crafting objects you create, the worktable (as one example) can be upgraded. By using it and if you have the right amount of resources, you can upgrade it to further expand your blueprints. 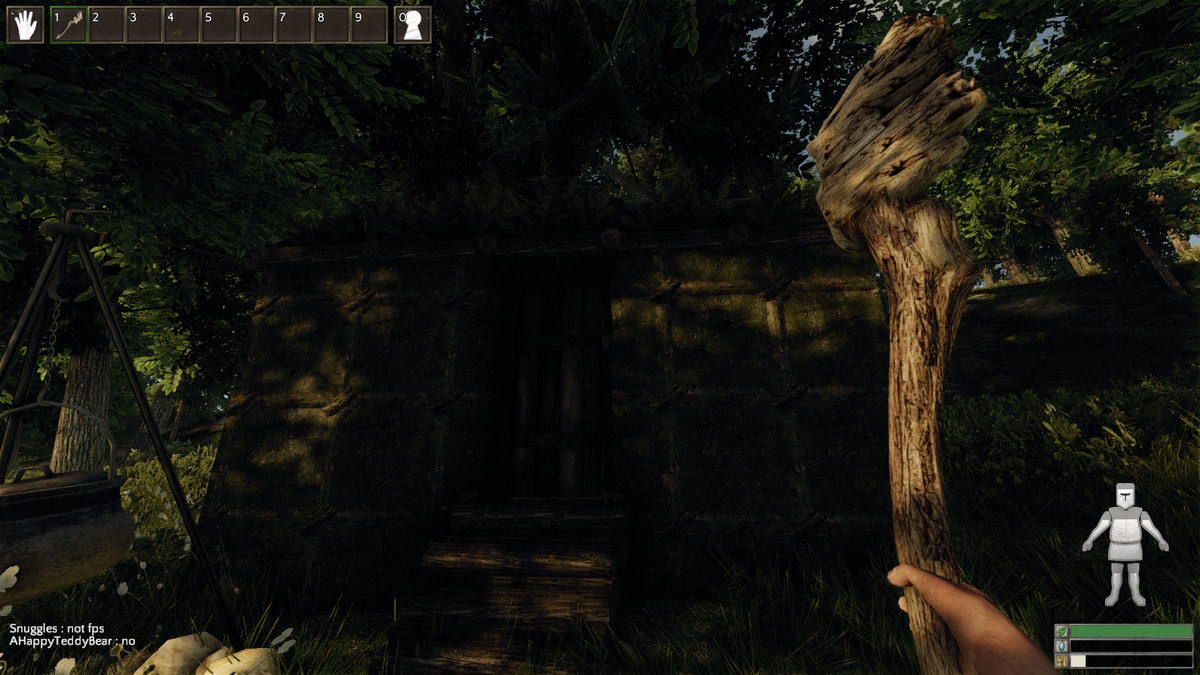 The first thing you should aim for in Reign Of Kings is a shelter. As we mentioned in our beginners guide, without secure shelter you’re vulnerable when you log off. Your body stays in the game world and can be attacked at any time. Admittedly it’s a bit of a slog to get your shelter first, but it’s simple enough.

Clay and Hay are easy to find, but they aren’t in abundance. In contrast, there’s loads of Sticks because you can just collect bushes that are littered everywhere. It takes 10 sticks to make one block and usually a single bush provides around 5 sticks. For a small shelter like I made (see image below) you’ll need several hundred sticks. I made my first house 5x5 so it was large enough for a simple bed, a window and a door. The idea behind it was simply as a place to log out. Although not entirely secure (doors have health of around 1500 hit points) it would be enough to prevent most players from getting to me.

To actually place building blocks once you’ve crafted them, add them to your hot bar and select the appropriate number. You can then place the blocks anywhere in the game world. To place another block vertically, you can’t place it above what you’ve already placed but instead you target the same block: the structure will then build vertically. To remove a block you’ve placed, just right click on it. If you want to change the angle of the block before you place it, there’s no rotate function so you’ll have to change your physical position.

As far as securing any property is concerned, you simply have to place in a door. These can be a little bit tricky so it’s best to remove one cube in width before placing the door in. You should then interact with it to enable the security settings.

At this point there's very little else to do in the game in terms of building or crafting progression besides using higher Tier's of building materials (stone for example) and upgrading your items. It's a long process and it does get slightly repetative however you will have to be on your toes and I really can't recommend enough how you should build your first shelter off the beaten track. I logged in today to find my house ransacked and me dead, despite locking myself in.

To read the latest guides, news, and features you can visit our Reign of Kings Game Page.