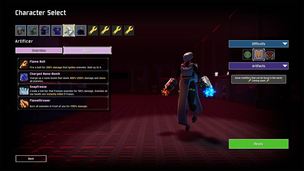 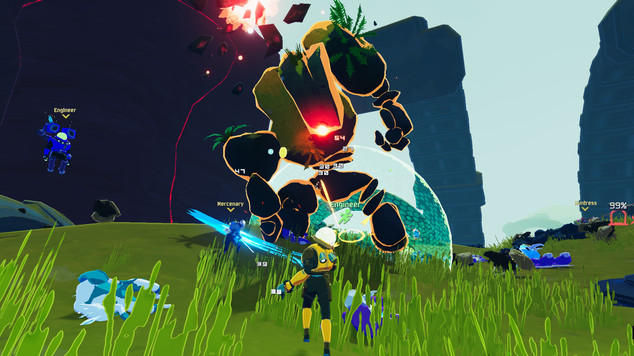 Risk of Rain 2: Tips For Beginners
Risk of Rain 2 doesn't explain a lot, but these tips should help you fight the swarm.

With almost 10,000 reviews on Steam, Risk of Rain 2 boasts a perfect 10/10 score. Despite such positivity, and if you haven't played the first, there'll be plenty you're initially unsure about. Here's a handful of tips that should give you a helping hand.

Unlike in other Roguelikes, Risk of Rain 2 and its item stack, with all bonuses from each combined together. If an item provides 15%  movement speed when out of combat, having two provides 30%. It's important to not only stack items in this fashion, but to try to focus on them. While lots of varied items is still viable, ensuring you stack as many of one time as possible gaurentees ridiculous potency and towards the end-game difficulties, lets you rip through enemies - and survive - for huge periods of time.

The slower you are at clearing an area, the harder the game will become. This poses several problems (and positives), as it means you'll encounter much tougher enemies before you have the number of items needed to be effective. At the same time, if you do slowly work your way through each area without dying, you'll amass plenty of gold to be able to open all the item chests you need. A good tip I've found is to find the Teleporter in your area first, and then farm around this for a short time. Once the areas difficulty is almost ready to move onto the next stage, trigger the boss so that each areas difficulty becomes relative to your items. Effectively, you move onto one new area, each time you go up one difficulty.

Certain enemies have an icon on them. It'll be a colour based on their element (red, white, blue, e.t.c) and reflects their improved strength over standard creeps. Typically they hit harder and have more health, and will leave an elemental effect on death (such as an ice ring) or hurl fireballs. Leaving them alive isn't a good idea, especially on a boss encounter, as they hit hard and sponge shots, and if they have line of sight, will kill you quickly.

Build To Your Strengths

Landing in the first area, your early items will often determine your loadout going forwards. Sometimes you'll scrape together a heavy AOE build,  one built on self-sustain, and in others one made speed and mitigation. The nature of items in Risk of Rain 2 means that you need to quickly establish what paths your first items have given you, and while there are limited means of swapping items out, it's not viable on a large scale.

Keep Moving and Use Line of Sight

It might sound obvious, but I've played with many people who don't keep moving, and who rarely - if ever - use the scenary to their advantage. Projectiles have no falloff in Risk of Rain 2, and enemies aren't overly smart. Ensuring that you keep moving at all times, while also using line of sight to deny powerful attacks, is key to keeping your health high. When your dodge is on cooldown, hiding for a brief second is absolutely essential, and not only buys you time on your cooldowns, but can often ensure that enemies funnel into a location that makes them easier to clear. Fundamentally, fighting out in a open field leads you very vulnerable, and can see you become swarmed from all sides.

Have a tip new players might find useful in RIsk of Rain 2? Let us know.

Risk of Rain 2: How To Unlock All Characters
Struggling to unlock the hidden characters in Risk of Rain 2? This should help.