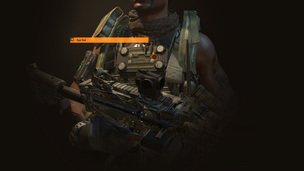 The Division 2: 10 Easy Dye Locations
Wanting to look fabulous in The Division 2? Here's what you need to know about Dyes and where to find them.
Guide
The Division 2 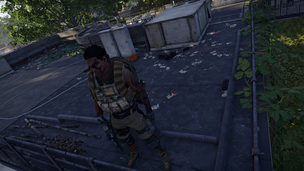 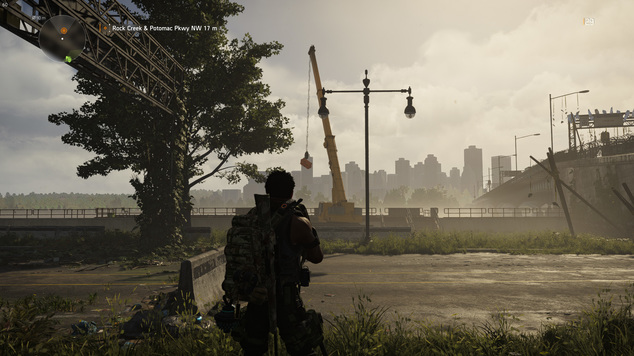 As noted in our Dye Locations guide, you only need to farm a couple of Airdrop containers to acquire all the Dyes you need (around 10 in total). However, with Airdrops on a 24 hour cooldown once opened, their farm potential is significant as they drop Legendary items. Completing this circuit provides a large amount of loot.

1: Just south of the Dark Zone East Checkpoint Charlie, there will be a padlocked gate, which you go through, up a ladder onto a lower roof. You then open a door to go inside a room which has another access ladder onto the roof, there's also a gunbox and Hyena locked box here.

2: North of Air Force One Crash Control Point, just near the tail wreckage.

3: South of Air Force One Crash Control Point, inside the Botanic Gardens building, caught on the roof.

4:  North East of Liberty's Call Safehouse, hanging from the corner of a building.

5. Back up and just to the East of Location [2], it's just inside the Metro building caught in the roof.

6: At the 1040 Safehouse in Federal Triangle, exit and take the ladder up onto the roof. The Air Drop will be directly above you.

7: North of Navy Plaza CP, head up the road and there will be a little alley you can walk down to the left, with a ladder taking you up to the roof, its hanging above.

7: South of Last Stop Safehouse, taking the exit out will take you up into the car park and its hanging in front of you between two buildings.

8: South of Number [9] and South-East of the Demolition Site Control Point, head into the atrium and the crate is hanging from the glass high above you.

9: In the centre of the building, take some stairs down into the Metro atrium and the crate is hanging from the glass high above you.

10: In West Promatic Park, East of the Washington Monument, stuck in trees.

12: South-East of the White House, just off Elipse Road NW, hanging in some trees.

13: North of [12], on the corner of Alexander Hamilton PL NW, hanging from the large white building.

14: North-East of the White House, caught high up on the side of a building.

15: Directly North of the White House, in the middle of the park, it's hanging from a tree near a statue.

16: North of White House, on I St NW, caught high on the corner of a building on the boundary edge, you have to jump onto a truck and some ledges to access the drop after you've shot it.

17: West of The Vault Control Point, in the street behind it, just over a gated area.

18: Over into Downtown West, South of I St North West, enter into the garage area within the building from the West side.

20: Still in Downtown West, South again and in the middle of the street stuck on some raised scaffolding.

21: South of the Haunted House Control Point, caught in the trees above the road.

22: Back over into the White House, West of the Ellipse Fuel Depot, the Air Drop is hanging in trees.

24: South East of The Archive Safe Room, by C. St Northwest & 18th St Northwest, caught on the corner of a building on some scaffolding. You will have to run half way up 18th St and climb up a ledge onto the building, and then run back down to the scaffolding to collect the drop.

25: Back to West Promatic Park, to the far East, just before the road, stuck in trees.

27: South-West from the Monument, also stuck in trees.

29: South-West of the Flooded Levee, hanging from a set of statues/fountain area.

30: Head South-West and over the water, and hug the boundary line. Hanging from a tree near a sewer entrance.

32: South-West from [31], in between the road map next to Lincoln Memorial Cir NW.

33: Into Foggy Bottom, hanging from a tree within a fenced area. You'll need to shoot the lock from one side, walk down the path to drop the rope, and then climb in.

34: Immediately South-West from the Taxi Graveyard over the road.

Ten Ton Hammer would like to thank Recon Gaming and Kerama-ran for providing some of the locations above.

The Division 2: 10 Easy Dye Locations
Wanting to look fabulous in The Division 2? Here's what you need to know about Dyes and where to find them.
Guide
The Division 2

The Division 2: 4 Hidden SHD Tech Cache Locations
Looking for those hidden SHD Tech caches that aren't on the map? Here are their White House locations.