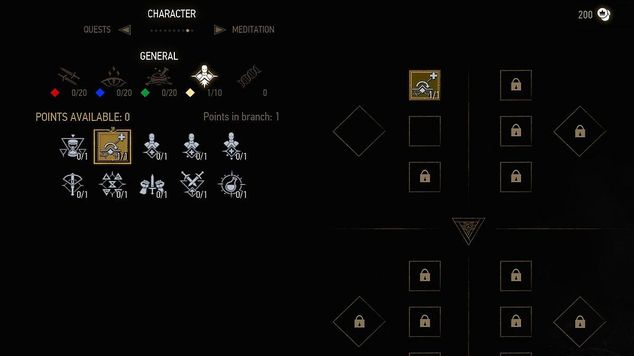 Witcher III Ability Point, Mutagen, and Statistics Guide
We go over ability points, mutagens, and leveling up in Witcher III, including how mutagens impact ability poin

In Witcher III your level determines a lot of your success in battle, but so does the amount of ability points you have farmed. Abilities increase your various active combat roles and alchemy, while your level increases your various statistics.

Leveling Up - The Basics

Like any RPG, you gain experience to level and when enough is reached, you'll level up. You gain experience from a variety of actions, from conversations (and using signs), to killing enemies (more XP if they're higher level than you, less XP if they're lower), and primarily from quests. The vast portion of XP you'll receive in the game will come from questing, so to that end there isn't any leveling secrets. Playing the game will increase your level.

There are maximum of 70 levels. When you level, your statistics will increase and you'll gain one ability point. This means you'll get 69 ability points from leveling up, but that isn't the only source of ability points for Geralt to find.

You can respec your ability points by quaffing a Potion of Clerance, as shown in the in-game hints, available from various vendors. 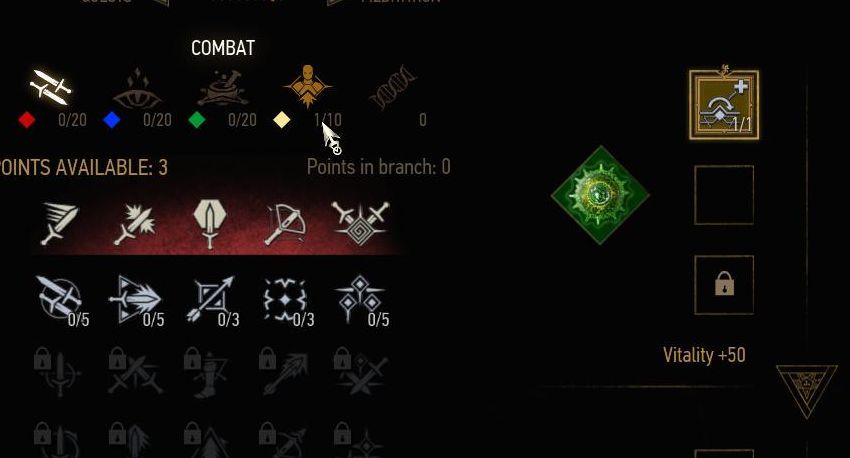 Mutagens are dropped from enemies and at the end of the first prologue you'll get your first. If they match the color (effectively the type) of active ability slotted in the three slots beside it, then you'll receive a boost to that mutagen.

My suggestion is to just load up on red mutagens in each slot with red active abilities (red - combat, green - vitality, blue - signs).

The only statistic to worry with is vitality (increases health), which is increased through leveling and abilities and stamina, which increases your endurance. Armor decreases damage taken and DPS is determined by sword.

There are three ability trees and a fourth general tree (which I find to be powerful early on with its active abilities).

General Branch: All active abilities and no benefit putting points into it.

That about covers ability points and statistics in Witcher III. Happy monster hunting!