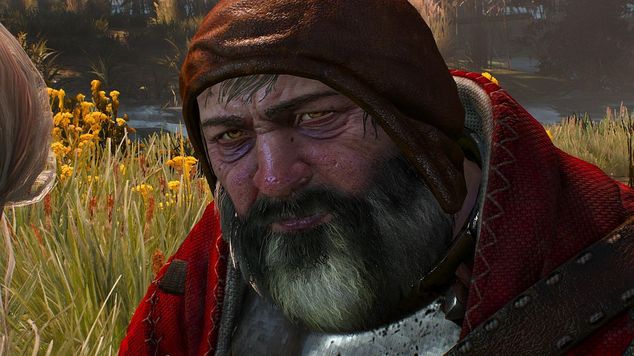 Witcher III Achievement Guide
This complete guide to Witcher III: Wild Hunt achievements lists every achievement (including the hidden ones)

It's time to farm those achievement points in Witcher III. Achievements are earned after you complete a task. We list achievements in three categories, easy, medium, and hard to denote how easy they are to complete. You should be able to complete the easy achievements within a few minutes of trying, the medium achievements may take longer, and the hard achievements require a lot of grinding or skill.

***SPOILERS***
No spoiler warnings here, all hidden achievements are covered - if you don't want to be spoiled about the game, then avert thy eyes now! Achievement categories are my opinion, but all game achievements are listed on this page (you can use Ctrl-F to find one).

I categorize easy achievements as things that either happen naturally from playing or take very little time to complete.

A Friend in Need: Rescue Dandelion in the main story quest.

All-In: All you need is to LITERALLY play 3 hero cards. Forfeit a Gwent match until you have 3 hero cards in your hand. Place three of them down in one round and voila, you win. You don't even need to win the round.

Bookworm: Read 30 documents in the game (books, journals, etc.). Read them in your inventory.

Butcher of Blaviken: Kill at least 5 opponents in under 10 seconds, this should come automatically playing, it did for me. Otherwise, find weak enemies and use a bomb to destroy them.

Can't Touch This!: You need to kill 5 enemies in a fight without taking damage or casting quen. Actually quite easy, use a bomb to take a few of them out and then dodge, roll, whatever it takes to have them avoid hitting you. Drowners are really good for this. I got this early on in the game.

Fire in the Hole: Destroy 10 monster nests using bombs. Time consuming, but probably done early on as you run across a lot of them.

Fist of the South Star: Fistfight someone without taking damage. You can get this in the early fist fighting quest or during any brawl.

Friends with Benefits: Return to Keira Metz and do her secondary quests until you make a decision. See our endings guide for more details.

Geralt and Friends: You only need to win a round with neutral cards in Gwent.

Let's Cook!: Learn 12 potion formulae. They can be bought or looted.

Lilac and Gooseberries: Find Yennefer of Vengerberg, this is completed after you finish White Orchard and slay the gryphon.

Necromancer: Awarded once you finish the main quest Nameless.

Passed the Trail: Finish the game.

Something More: Finish the Isle of Mists and find Ciri.

The King is Dead: Defeat Eredin, or basically, finish the game.

Xenonaut: Finish the main quest Through Time and Space (when you visit Tir na Lia).

I categorize medium achievements as being rather involved, requiring you to do something that's not part of the main story, or being slightly time consuming.

Brawl Master: Finish all of the fistfighting quests.

Globetrotter: Find 100 fast travel points in the game. Just explore and you'll get this one.

Kaer Morhen Trained: You need 10 counterattacks without being hit or parrying. Find a slow enemy like a human and have only one left. Then just parry RIGHT before they hit.

Munchkin: Reach level 35. Time consuming, but likely to complete during the game.

Mutant: Reach level 28 and then slot in 4 mutagens.

That Is The Evilest Thing...: Cast Igni on someone then throw a Dragon's Dream bomb at them 10 times. Rather easy, just need the Dragon's Dream Bomb.

Triple Threat: You need to kill 3 opponents in one fight with three methods. This is kinda hard, kinda not. Just find a group of drowners or nekkers and kill one with your sword, another with a sign, and another either with the enviroment or crossbow.

What Was That?: You need to throw a bomb, counter, cast a sign, and attack within 4 seconds. Easier said than done. It's probably best to counter first, then attack, sign, and then throw a bomb. The counter is the one that's the hardest. The bomb and sign both have long cast animations. You can attack right after a counter, so no matter what I suggest countering, then attacking, then doing the other two.

I categorize hard achievements as taking a lot of time and being a bit more complicated than medium achievements.

Armed and Dangerous: Complete one of the Witcher school scavenger quests and equip all of the gear from it (Viper, Cat, Griffin, and Bear).

Assassin of Kings: You'll need to finish the secondary quest Reason of State. See our endings guide for details on how.

Brawler: Defeat Olaf in Skelliga, part of the fist fight series (you can find them on the notice board). Olaf is on An Skellig east of Urialla Harbor.

Card Collector: Acquire all Gwent cards that aren't from expansions. Literally, catch them all. You can jux yourself out of this one by not accepting the cards from Zoltan's quest. You're going to have to fight literally ever innkeeper and NPC that awards a card, buy all the cards you can, and do all the secondary gwent quests.

Dendrologist: Acquire all the abilities in a specific tree. This is time consuming more so than it is anything else. Use a Potion of Clearance when you have a ton of points to get it. You only need one point in each ability.

Environmentally Unfriendly: Kill 50 (!!!) enemies using the environment like bees nest and swamp gas. If you see gas anywhere, weaken an enemy then ignite the gas to grind at this one.

Even Odds: Easy to jux yourself out of doing. You need to kill two contract specific enemies with just your sword with no oils, potions, mutagens equipped, or using signs / bombs.

Full Crew: You need everyone but Letho to help at Kaer Morhen. This means you need to finish Brothers in Arms in full and have made proper choices to keep the various people ready to assist you (see our endings guide for more details, but specifically, you'll need to have done the primary zone secondary quests like assisting with the various Skelliga affairs to get this).

Geralt: The Professional: Finish all contracts in Velen, Novigrad, and Skellige. Do this before finishing the game.

Humpty Dumpty: Drag enemies to a cliff at any possible chance you get and blast them off. Do this 10 times.

Kingmaker: Finish the an Craite quests you get once you arrive at Skelliga (see our endings guide).

Master Marksman: Kill 50 enemies with Crossbow headshots. Get the skill that makes your crossbow slow more time to make this easier. Waken em and finish them off with a headshot. More time consuming than hard. Mostly good for humanoid enemies, since their heads are easier to hit.

Pest Control: Destroy all monster nests in either No Man's Land (Novigrad and Velen) or Skellige. Time consuming.

Run the Gauntlet: Finish on Blood and Broken Bones! or harder.

The Enemy of My Enemy: You'll need to upgrade Axii until you have its alternate form and then force one enemy to kill another. This is a bit easier than it sounds, just time consuming. Find some Nekkers or Drowners and kill all but two, then take one of them down in health and cast alternate Axii on the other one. It should finish it off.