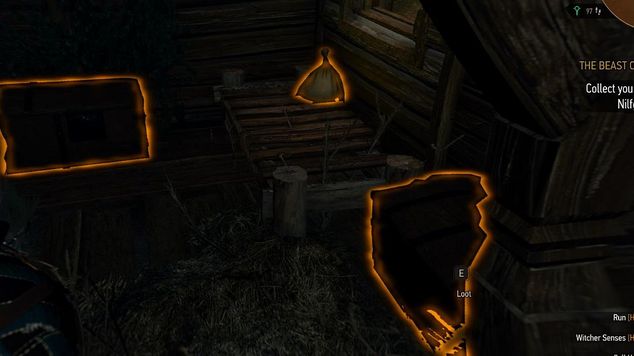 Witcher III Money, Crowns, Orens, Florens Farming Guide
Whatever you want to call the money in Witcher, you need lots of it, and this guide goes over the details you n

Getting crowns, orens, or what we all call gold can be hard and at a specific point in the game you'll need 1,000 to continue (a stopgap to urge you to do side quests). There are a lot of sources of coin, some easy, some hard, but we'll go over the various ways to fill your pockets full of crowns (Witcher's version of gold, coinage, money, moolah). We'll start with some tips and then some money making activities.

First, most goods are around 50 crowns, each. Alchemy ingredients, etc. Armor early on is around 50 to 100 crowns each. Now, this may not seem like a lot, but the average quest reward is 30 crowns and if you go the nefarious way (extortion, etc.) you'll receive maybe 50. As the game progresses, so do the rewards, but nevertheless, you're going to have to be thrifty.

Don't buy anything you don't have to from a merchant. The first side-quest you get in earnest is to make a swallow potion. Most of the ingredients can be bought, for several hundred crowns (you'll most likely have to buy the dwarven ale at around 48 crowns). Now, you can farm each of the ingredients. The plant is outside, in abundance, while the drowner brain is near the river where the game mentions. This saves you a ton of money, which makes the quest worthwhile for the coin. 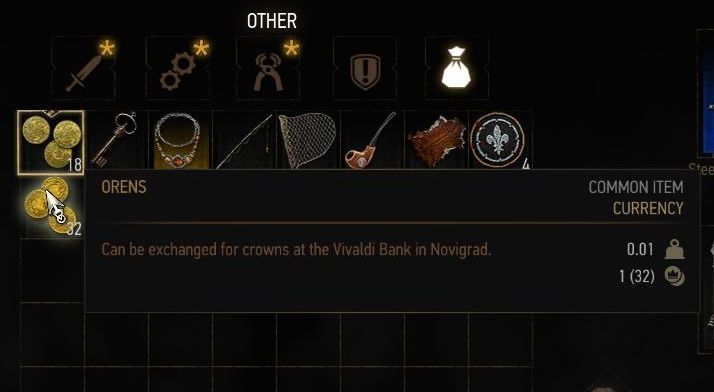 Sell everything, but understand the living economy. Where the item is made is important, along with the merchant you're selling it to, along with their location. The merchant, the merchant's location, and the item's location are play into how much it sells for. For instance, only sell herbs to a herbalist, as they're going to give you the best value. Likewise, armor to an armorsmith, etc. Remember coin goes to the bank in Novigrad to turn into crowns.

Wandering merchants can often buy EVERYTHING off of you and you're going to want to sell, sell, sell. If you don't have a use for it, get rid of it. Once you have about 1,000 crowns in your pocket, you're be considered well enough off for most of the story (as the rewards keep coming).

Now, to talk about easy crowns. Now, I haven't found a good grind spot as nothing really respawns fast enough to keep replenishing, but here are some major tips. There are abandoned houses all throughout the land. When you walk into them, turn on Witcher sense and then loot, loot, loot. Your inventory will fill up fast of various valuables and crafting materials. These can be sold for a high price if you don't need them and if you do need them, well, you just saved yourself some coin.

If you don't farm crowns in the world, either through quests or looting, you're going to have a hard time. Just the story missions alone isn't enough to advance. The secondary missions are part of the game as well.

Don't loot things that guards are guarding or that belong to other citizens (in front of a guard), otherwise you might have a bad time.

The easiest crowns are going to be smuggler / treasure chests. There are littered throughout the world. If you see a ? in a river or in the middle of nowhere, it's either a monster nest or some kind of cache. Inside is going to be coin and goods with a rather high value.

Secondary quests are also big money makers, because you have the option to usually extort or they take you to locations you can loot (abandoned houses, rivers, etc.).

Contracts are not associated with secondary quests, but interestingly enough they're also a good source of coin for the same reason. For instance, the one that involves killing the Noonwraith (which btw read the bestiary to kill as the game instructs and it's weak inside of a certain sign (no spoilers)), takes you an abandoned village with tons of loot and a nearby herb merchant if you clear out the ghouls.

So to recap, you can earn money easily the following ways:

That should sum up your money woes. Remember, a thrifty Witcher is a smart Witcher. Don't buy anything you can salvage, craft, or loot!