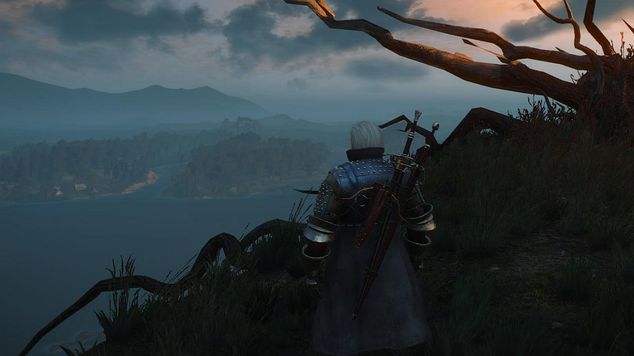 Witcher III Potion and Decoction List & Guide
If you can quaff it this guide has it, a complete list of potions and decoctions known to us in Witcher III. Pr

There are a lot of potions in Witcher III, so I figured it'd be helpful to have a quick rundown of them. Any potion can be active while another potion is active, but they all increase toxicity. Too much toxicity and you start to die, although some skills trigger at various levels of toxicity. You can see your toxicity under your health bar (it's the green bar). To learn how to craft potions and restock them, visit our Alchemy guide.

Most potions come in regular, enhanced, and superior forms. Superior potions usually bring along another effect.

All of the formulas should be located on a herb dealer, herbalist, or alchemist. Some formulas are from random herbalists, while others you'll find on Skellige only. There is a quest required to unlock a lot of the formulea, which I'll go into in a second, but there is also a lot of vendors in the area who sell say decoctions (at the Druid's Camp nearby). 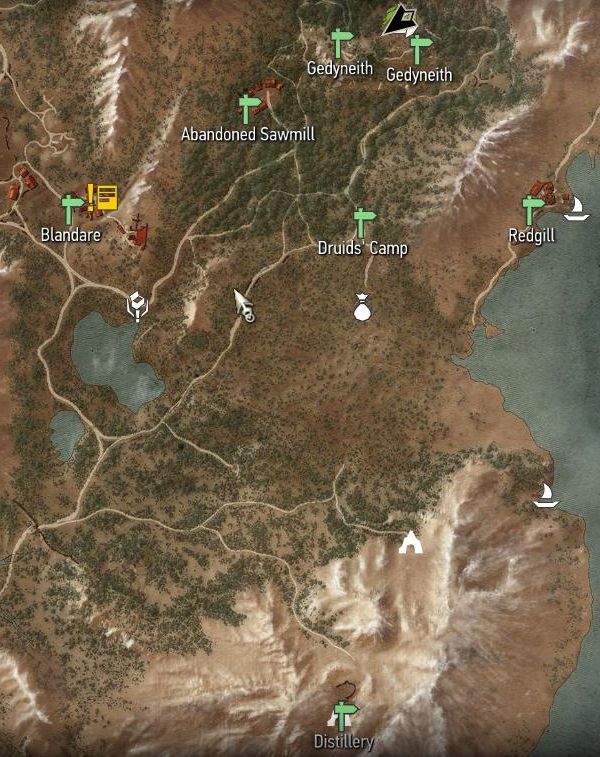 A druid has most advanced recipes, formula and torn pages, but you have to do his quest first. You'll find the druid north of Gedyneith. He's not the one with the silent druid, he's the one that refuses to teach you anything unless you perform three favors. Do the three favors:

Dauntless - How to Unlock and Equip Weapon Mods

Favor 1: Obtain some pimpernel. Step one is to locate the plant, at which point you'll meet a tracker who then whines about people going crazy from it. Follow the trails a short distance until you meet a Succubus and Ramund. Make a choice - fight the Succubus (she's powerful) or side with her. Neither has consquence to note, but if you side with her she'll take you to her liar and give you the pimpernel (if you fight her you have a great chance at a Succubus mutagen).

Favor 2: Go to the distellary, it's near the pimpernel spot (and has a fast travel sign too!), defeat the cyclops, then climb the nearby ladder to loot some mash. Then go into the house and read the instructions on how to brew liquor. First, put the mash into the big metal machine thing (you'll need to move the mash from your inventory to the machine, a pop-up will appear after you've read the instructions). Then light the flame under it. Then use the right lever, then the left, and then loot the spirit from the barrel. 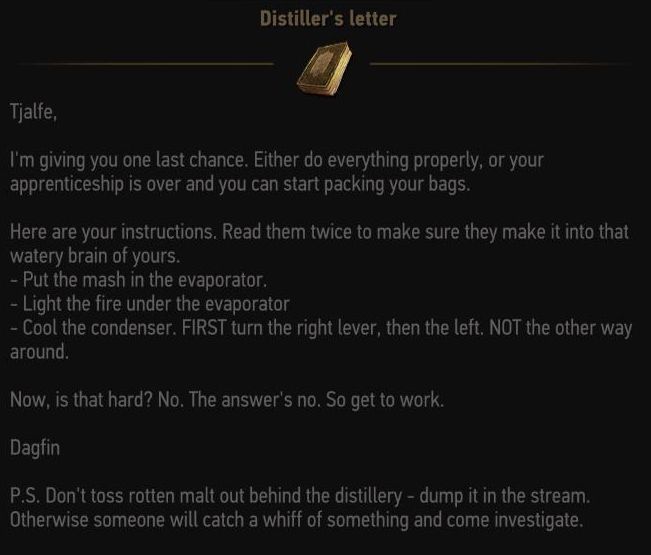 Favor 3: Go to Blandare. This one is quick and you can fast travel either to the Druid's Camp and walk or fast travel to the town if you've been there. Once there, talk to Fritjof and folllow him to the altar, where you'll need to kill some foglets. Afterward you're done.

Once you return to Gremist, he'll give you a ton of materials and then sell a huge amount of formula you wouldn't have access to otherwise. 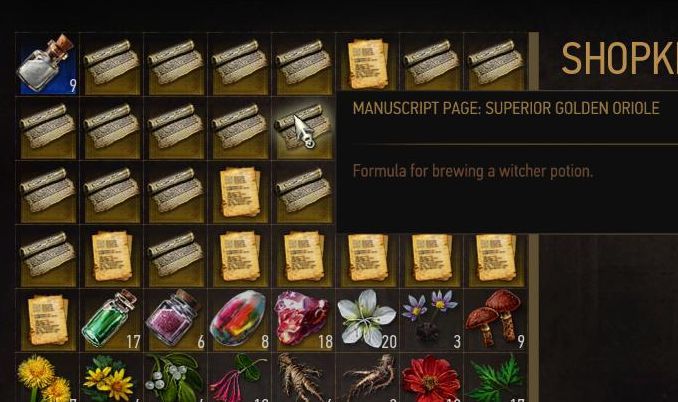 Black Blood: Does damage to any vampire / necrophage that hits Geralt.

Blizzard: Slows down time after Geralt kills anything. Useful in large brawls (like toward the end of the game) but useless in 1v1 fights.

Cat: Allows you to see in the dark. Enhanced Cat lasts longer and makes you immune to hyponsis. Meditate or drink the honey to remove.

Full Moon: Increases your maximum health - great to use before a boss fight.

Golden Oriole: Removes any poisons and makes you immune to poisons. Poisons never bothered me so I never found a use for it. Superior version allows poisons to heal you.

Maribor Forest: Gain adrenaline points faster. Another potion that's great to use before a boss fight.

Swallow: Heals you, pauses in combat unless you have the superior version.

Tawny Owl: Increases stamina regeneration. Superior version lasts all night long (meditate before a fight to set it to night for best use).

White Honey: Removes all toxicity and cancels potions. Great for removing cat without having to meditate.

These require specific mutagens and the formula (formulea) and are much stronger, but with way higher toxicity (normal potions are like 20%, these are 80% no matter the potion). They also last 30 minutes. Most of these formulea are a bit harder to find than the potions, but a vast majority of them are still sold by alchemist throughout the world or often nearby certain enemies (like early in the game when you come across your first foglet, there is usually a chest in that hidden area of the cave with the formulea in it).

Ancient Leshen: Each sign cast increases stamina regen until the end of a fight.

Archgriffin: Strong strikes consume all Stamina available and remove 10% of the Vitality from an enemy after normal damage.

Basilisk: Adds a random effect at dusk or dawn.

Cockatrice: One additional charge per potion, oil, and bomb.

Ekhidna: Anything that consumes stamina regenerates your vitality.

Grave Hag: Each time you kill something it increases vitality regen for that battle.

Nekker Warrior: Your mount won't panic and you do 50% more damage.

Nightwraith: Maximum vitality is increased with each foe you kill, until your meditate or fast travel.

Troll: Regenerates vitality during and outside of combat.

Werewolf: Running, sprinting, or jumping doesn't use stamina out of combat.

Wraith: Whenever you take a hit that does more than a third of your health, it automatically casts Quen.

Wyvern: You increase attack power with each blow until you take damage or a fight ends.