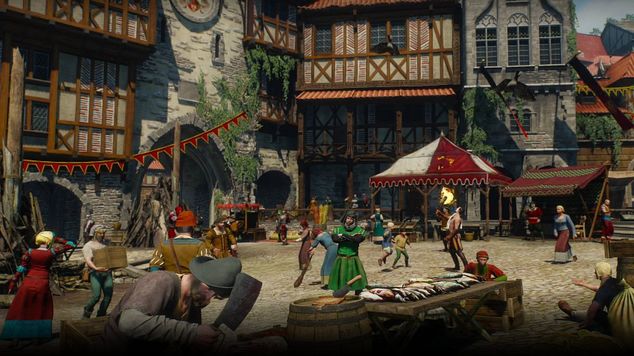 The Witcher III has some interesting system requirements. While nowhere near the first game to have some rather high minimum requirements, it does require an Intel i5 3.3GHZ or higher and a Radeon 7870 (or Nvidia GTX 660) or higher, along with six gigs of ram and a 64 bit operating system. I'll list the complete mins in a moment, but let's just say that even my aging machine that's just a few years old might not be able to hold up to these standards (haha who am I kidding I'm a nerd and am still skirting by).

If you start playing and experience lag or if you're wondering if your PC is ready, then this list should help pinpoint what's the major malfunction, assuming it isn't software (always close browser tabs and other running programs if a game is lagging it up).

Here are the minimum and the recommend requirements (straight from the developer):

As you can see, there are a few areas where you're probably going to trip up:

If your CPU isn't an i5 or i7 something, or a newer FX series, then you're probably going to have a bad time. Anything produced in the last five years that isn't a budget chip will probably get by here, but as modern games like Project CARS are starting to prove, if your process isn't at least 2.8GHZ or higher, you're probably not playing most modern PCs with any of the settings above low.

To skirt against the minimums, I would say if you have 2.8GHZ or more behind your processor, you're probably going to have a playable experience. 3.0GHZ or higher is probably required to have a fluid experience.

The most important upgrade you can make for performance. If your video card isn't listed as something better than the above then the cheap option would be a Radeon R7-265 for AMD fans and a GeForce GTX 750 Ti for Nvidia fans. I'm listing both because they're both budget cards you can pickup for around $130 (make sure they have 2GB) to around $150 and will set you at or around the recommended specs and far enough above the minimum that you should be good for a few years.

These are just off the hip recommendations, video cards are complex, but needless to say if you're not making it by any means on these lists, anywhere from $100 to $200 will put you in line.

Everything else is just whatever, if you don't have a 64-bit operating system then check out to see if you can convert (most Windows 7 and 8 keys work for both 32 and 64 bit operating systems and 64 has been standard for a long time now). Ram is cheap, as usual, if you don't have enough, even though I'm sure you could get by easily on 4 if you just close other programs.

For hard drive space, if you don't have 40gigs available, then well you need to probably start deleting stuff or buy a new hard drive. You can get the standard 'ol regular HDDs for around $50 for 1TB, $85 for 2TB, and a plethora of other options, while 64gig SSDs are like $60ish now as well (if you want literally just a drive for a game).

That should do it, have fun in the Witcher III!