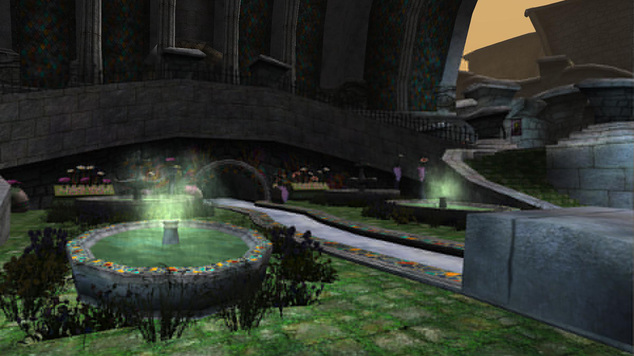 For those who aren't aware, EverQuest (yes, the original) is still going strong and is releasing its 22nd expansion today, November 18th. The servers are slated to be up and ready at noon Pacific time. This expansion features another run of new content, including instanced versions of the Plane of Hate and Plane of Fear.

"A goddess wakes and gazes into a looking glass. The reflection of her true nature fractures and breaks. Even as the looking glass shatters and the world around her dissolves, Anashti Sul only looks deeper still into the fragments as they drift away. When her fractured mind glimpses her surroundings, she discovers that she is adrift in an unknown time and place where gods and goddesses maintain direct influence over Norrath. A hunger for power wells within her, having passed many an age with no power at all and an upstart sitting in her place. With a whole new realm before her, she resolves to rule again!

Anashti Sul's passage through a rift into this reality caused her to split into the two most dominant aspects of herself - life and decay. Fully aware of each aspect, she knows that both must command a plane of power lest she weaken entirely and crumble into the nothingness of The Void. And so she crafts a plot to infect the planes of Norrath with a war that threatens to collapse the balance of all life! Are you brave enough to face the might of a goddess who is ravenous to rule? Will you prevent the chaos she would unleash in all of Norrath?"