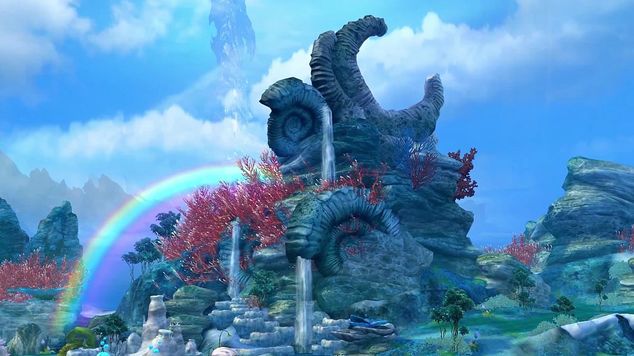 Aion's upcoming expansion, Aion: Upheaval, launches June 17th which is less than a week away. For now, until it's in the hands of the players, you can't really do much but wait, but NCSoft provided a neat sneak peak of the upcoming new zone, Enshar.

In the video you can see some of the new NPCs, the landscape, and more. The video follows, along with details of this update:

It looks gorgeous. If you're not familiar with the upcoming expansion update, check out the features:

Looks exciting! I don't play Aion myself, but the video is very pretty and it looks really exciting to play. The Stigma rework is a major quality of life improvement for a lot of players, so it may be time to check Aion out if you were a fan. I do believe it's free-to-play, so check it out anytime.