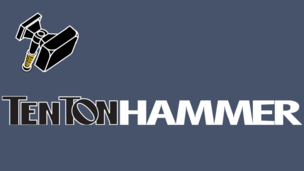 Article One Brings New News on World.com Patent
<p>Worlds.com has been in the news a lot as of late. They are currently engaged in a legal dispute with NCSoft

Worlds.com has been in the news a lot as of late. They are currently engaged in a legal dispute with NCSoft that could potentially impact every MMORPG on the market. Worlds.com alleges that it has patent rights for enabling users to interact in a virtual space. Worlds.com alleges that Guild Wars and NCSoft's other online games infringes on their patent. However, NCSoft isn't the only one in the Worlds.com's crosshairs. Activision Blizzard, makers of World of Warcraft and Linden Labs, makers of Second Life, may also see some legal disputes in the future.

Article One Partners, a global community working to legitimize the validity of patents, recently claimed to have identified prior art that can show the Worlds.com patent to be invalid. This could be good news for MMOG developers as if the patent is found valid, not one, but all MMOG developers could potentially find themselves paying a healthy sum for simply having an interactive virtual environment.

Article One Partners, LLC, a global community working to legitimize the validity of patents, announces the outcome of a Patent Validity Study on Worlds.com U.S. Patent No. 7,181,690, for enabling users to interact in virtual spaces. Worlds.com has alleged that the patent is infringed by NCSoft and its Guild Wars games, as well as others that use avatars in virtual worlds and massive multi-player online games. With verification of outside counsel, Article One Partners has identified prior art that can show the Worlds.com patent to be invalid.The winning Advisor has asked to remain anonymous.

Tales of Fantasy Opens Guild Recruitment for Alpha Test
<p><em><a href="http://tof.igg.com/" target="_blank">Tales of Fantasy</a></em> is about to begin alpha testing