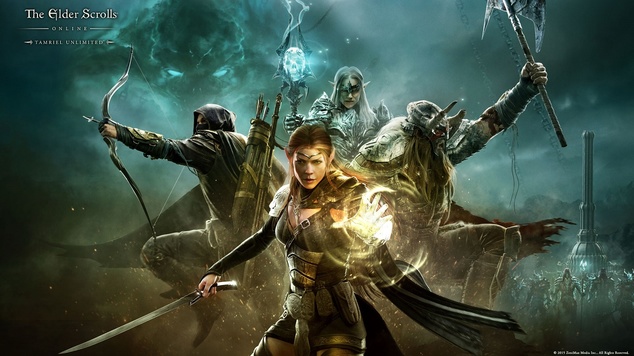 Today Bethesda has announced that it will be relaunching The Elder Scrolls Online as The Elder Scrolls Online: Tamriel Unlimited, which will mark its change to not only a buy to play game, but also signify its upcoming launch for next gen consoles. Tamriel Unlimited will become available March 17 for PC and Mac, and June 9 for Xbox One and Playstation 4. An optional subscription service, ESO Plus, will also be available. The subscription, which will grant players access to DLC, as well as currency for the in-game store, called the Crown Store. If you've heard rumors about this relaunch going pay to win, let's just get that out of the way right now. For those who have watched the livestream, it was stressed repeatedly that even with a new in-game store, there will not be a pay to win advantage. Even the health potions available in the Crown Store are not as potent as the health potions you can either craft yourself or buy from other players. Speaking of buying things, anything bought through the Crown Store is not tradeable, meaning that there is not going to be an easy change Crowns into gold mechanic unintentionally introduced.

I've been working on this all day, and through two unforeseen issues that I've never experienced, I've now lost this story twice. Hopefully that means it's committed to memory as we go through what was in today's stream, which will be available for Twitch replay. At the end, there was a minor Q&A session, where the hosting devs tried to field some questions from participants. While we don't know whether or not that shirt will be available in game, we did learn a few things about the upcoming console launch. Yes, you will need to have either an Xbox Live or Playstation Plus subscription in order to play The Elder Scrolls Online: Tamriel Unlimited. This is because these services are needed in order to access multiplayer through the consoles and has nothing to do with decisions from Bethesda or ZeniMax. The team has said that if you've played other Elder Scrolls games, you'll already be familiar with the controls, since The Elder Scrolls Online: Tamriel Unlimited will function similarily. Each platform will have its own servers. There will be betas for consoles, but they are not ready to give a date yet. Currently, April is the target. Please don't kill me or the devs or hope we burst into flames if April happens and there are no console betas. If you had previously asked about getting your character transferred to console with a new game purchase, Bethesda said that they are still honoring their word and will be contacting you in the future about whether or not you still want to opt into that choice. 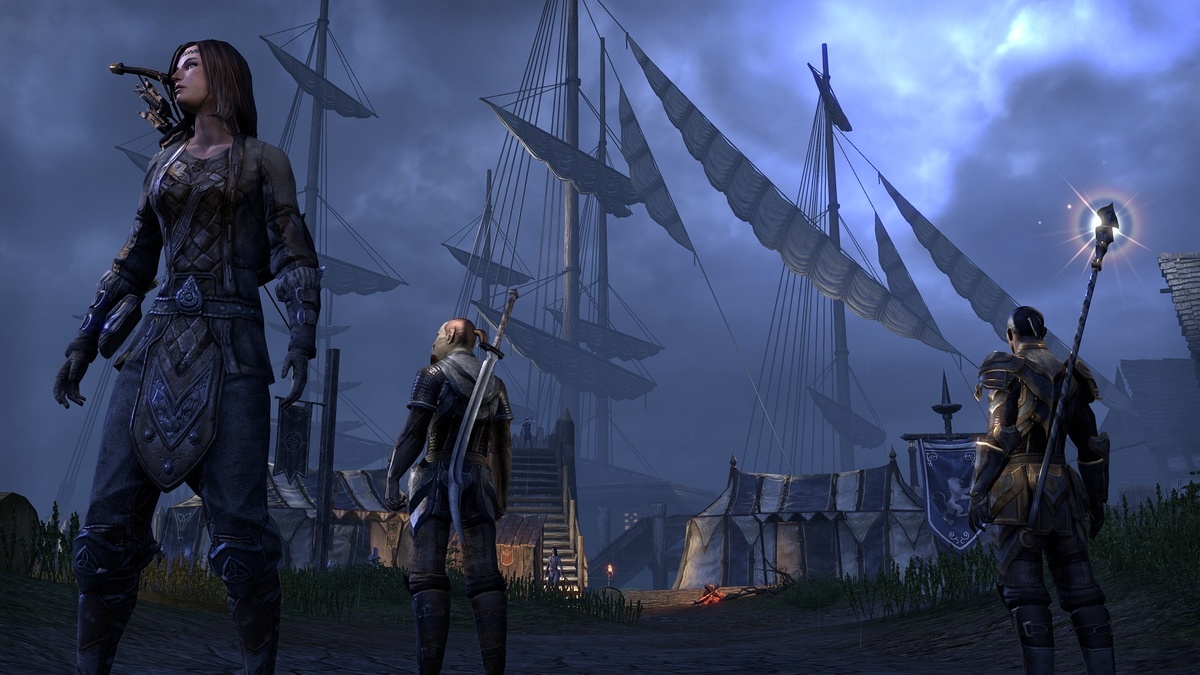 Let's talk about ESO Plus some more, since this will be a huge change to the game. Currently, if you own a copy of The Elder Scrolls Online, when the game relaunches to add on Tamriel Unlimited to the name, your version will automatically update to that version with nothing further needed on your end. If you haven't been a subscriber, you'll still get switched over. If you have been a previous subscriber, you'll get 100 Crowns for each month you've previously subscribed. Everyone will get 500 Crowns for purchasing the game. Anyone who subscribes under ESO Plus will get 1500 Crowns per 30 day subscription (4500 for 90 day subs). Active subscribers will also have access to all DLC available. Those who do not subscribe will have the option to purchase any DLC. Subscribers will also enjoy a 10% bonus to XP, crafting research and inspiration, and gold acquisition. Regardless of whether or not you do subscribe, The Elder Scrolls: Tamriel Unlimited will launch with the full, complete game as it is currently, but also including update 6.1, which will be available soon on the Public Test Server for current subscribers (because the buy to play changes do not go through until March 17).

Now let's talk about that store. Watching the stream, I never once felt like Bethesda was trying to pull a fast one on us. I think they're taking a smart approach to in-game stores, similar to how I feel ArenaNet did very well with the store for Guild Wars 2. I already mentioned health potions in the Crown Store not being as good as the ones players can make. There will be other convenience item potions available in the store, but those can be bought in game, also. Most of what will be in the store will be appearance items: costumes, vanity pets and mounts. Mounts available will not be any better than other mounts you can get in the game. These appearance items will be added to a collections area in game, which will be account wide. If you buy yourself a rad chef hat to get you in the mood for cooking, any alts you have will now have access for that rad chef hat. Since these items will go into a collections area, they will not take up inventory space. I like the way they're approaching not only the way they're doing the optional subscription, but how the store will function. Overall, I feel these changes will do very well for The Elder Scrolls. 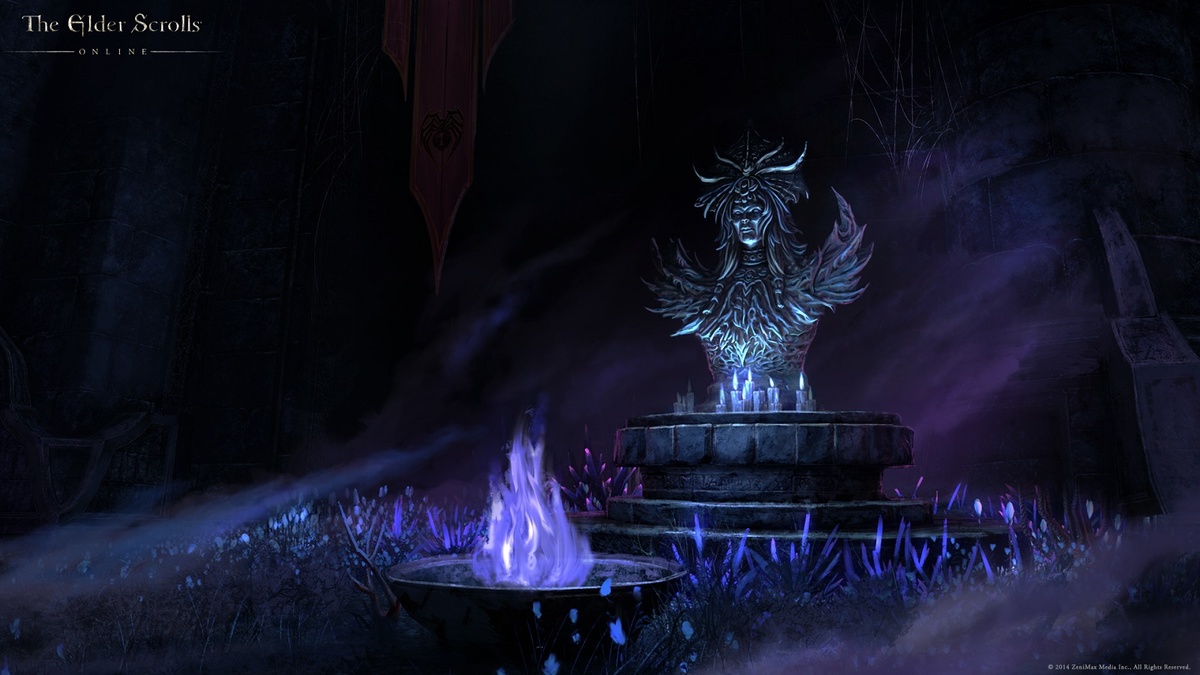 If you didn't get a chance to watch the livestream, you missed the new trailer, The Confrontation. Because the video is behind an age gate (The Elder Scrolls is now PEGI 18/Rated M), we cannot directly embed the video, but here is a link that will take you there! The new cinematic trailer is rather gorgeous and will definitely get you in the mood for all of this awesome news. Unlike, well, any other gamer I know ever, I've never played one of these games, so I don't know what to expect here. I played a little beta for The Elder Scrolls Online, but it wasn't my thing at all. Now with the subscription being changed to an optional addition (that sounds quite worthwhile), I'm heavily considering pre-ordering a copy. The Elder Scrolls Online: Tamriel Unlimited is available for pre-order for all platforms it will be playable on.

For more information regarding Tamriel Unlimited, head on over to the official website where the team has put together an FAQ regarding any questions the community may have, like whether or not that amazing shirt from the livestream will be available in game. Okay, so that's probably not in the FAQ – yet – but it was asked during the stream. Devs are on it.