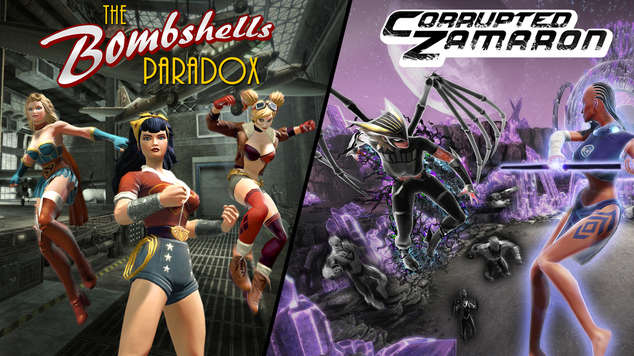 In this eight-person Operation, players will travel through a rift in time and space to the world of the DC Bombshells to battle the "Bombshell" Talia al Ghul. In her attempts to alter their timeline and change the outcome of World War II, "the Lady al Ghul" has created a tear in reality that must be fixed! Players must stop her and set the universe back on its correct path.

"The Black" has re-emerged in the universe and has targeted the Predator entity inside the Central Power Battery on Zamaron. Because of this threat, Indigo-1 of the Indigo Tribe has now joined the War of the Light. In this duo, players will help Carol Ferris defend Zamaron from the Black Lanterns and will purge the Black Lanterns' Corruption from the Battery.