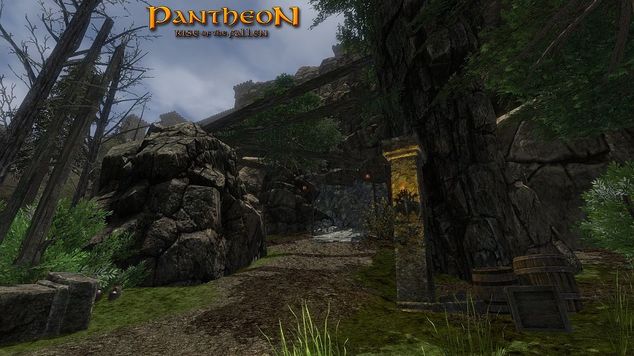 Brad McQuaid of Pantheon Speaks on the Industry and Smed Stepping Down
Smed will probably remain in the news all of this week from stepping down as Daybreak's President. Brad McQuaid

Brad McQuaid said a lot of things I'm interesting in hearing over at the Pantheon site. I'll just link the on Smed, because I'm not informed enough to comment on it and you can read it for yourself if you're interested in his opinion. I can't honestly have an opinion because my interaction with SOE / Daybreak games have been shallow, enough to speak fluently about them, but not enough to call myself an expert. However, Brad had some words to say about what is and isn't an MMO that I found interesting and really resonated with me:

But the more social gamer, the player who enjoys playing a role in a team, who wants an MMO to become his home and to play for  months, even years... the gamer who embraces the communities that form because of the interdependence seen more often in earlier MMOs.... I can understand their frustration with this shift.   But there is a solution.

He goes on to say:

I guess what I'm ultimately trying to communicate is this:  it's good and healthy that MMOs are being built differently, appealing to the large number of players more newly attracted to the genre.  There is no 'one' way to build or design a massively multiplayer game.  And there shouldn't be.  Debate as to whether these newcomers are the only true audience now, or arguing that the 'old school' games were better, or more truly an MMO, is really unnecessary and unproductive.

I agree, so very much, everyone plays MMOs and just because an MMO is different then what you like, doesn't make it bad. A lot of players of older games I see constantly refusing to accept new games that are coming out designed for a more casual crowd, like Skyforge, and constantly talking about days of old when games were harder and much more time intensive. I put my hours into Dark Age of Camelot, I pretty much sacrified a year of my life to that game plus some to have well over 7 level 50s on different servers and to level up my realm ranks, which I'm not even sure how far I got into that, but needless to say it involved a lot of sitting on the portals.

I think the post is interesting and Brad, whose Pantheon is to bring back old school MMO gaming (as far as I am to know), is rather cool for talking about how not every MMO needs to be old school. He makes some other interesting points as well, like how there wasn't much choice in the "good 'ol days" and you were confined by technology in a lot of ways, mirror a lot of my own personal opinions.

Anyway you can read this blog post over on the Pantheon site.