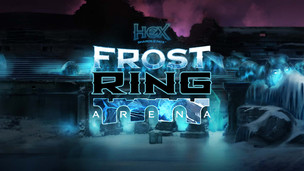 If you like collectible trading card games and MMOGs, Cryptozoic Entertainment may have something right up your alley. Cryptozoic, known for a number of published board and trading card games, including the World of Warcraft Trading Card Game, have launched a Kickstarter campaign to crowd fund HEX: Shards of Fate, a new Massively Multiplayer Online Trading Card Game.

If funded, HEX will utilize the storytelling aspects of an MMORPG with collectible and tradable game cards. The game will allow players to make their way through a dynamic MMO world filled with dungeons, raids, and even gear that can help power up cards. Cards can be obtained by fighting in the world or by purchasing Booster Packs.

Cryptozoic is looking to raise $300,000 to develop the game. Thus far theyve already managed to acquire $78,000 in pledged funding in the first day. You can check out the Kickstarter pitch video after the break, which is one of the most amusing ones that I have seen put together for Kickstarter to date. I can promise that if you hit play, you wont stop watching until its over and all the while youll be asking yourself  wait, what just happened?

Visit the Kickstarter page to learn more and for a list of backer rewards.

Rewards for HEX: Shards of Fate

Irvine, Calif.  May 8, 2012  Cryptozoic Entertainment, developer and publisher of board and card games, has launched a Kickstarter to seek final polish funding for their upcoming project, titled HEX: Shards of Fate. Cryptozoic describes HEX: Shards of Fate as the worlds first Massively Multiplayer Online Trading Card Game. The Kickstarter project is now live at http://www.kickstarter.com/projects/cze/hex-mmo-trading-card-game, and includes an amazing tiered system of rewards for project backers.

"Since our company was formed to translate the world's most popular MMO into a trading card game, it only makes sense that our next major project would be combining the worlds of collectible card and massively multiplayer games," said Cory Jones, president and chief creative officer, Cryptozoic Entertainment. "HEX: Shards of Fate is an ambitious project that goes beyond either of the genres and Cryptozoic has the right mix of video game and CCG vets to bring it to life."

A completely unique gaming experience, HEX: Shards of Fate was created from the ground up as a digital trading card game, free from the restrictions that come from being shackled to physical trading cards. HEX: Shards of Fate combines the amazing community and storytelling aspects of a massively multiplayer online roleplaying game (MMORPG) with the compelling collectable and strategic game play of a trading card game (TCG) to create an entirely new gaming experience. Players will make their way through the dynamic MMO world featuring champions, dungeons, raids, and epic gear. Cards can be found while battling within the world or purchased in 15 card Booster Packs.

The magic of HEX: Shards of Fate comes from the digital nature of the game. Not only are players in-game avatars able to level up across a range of stats, but the cards themselves have unique attributes as well. Each card has a double back which reveals digital challenges and achievements for that card. Cards also have socketed slots for adding gems that fundamentally change how the card plays, allowing players to modify and individualize their collection to suit their play style, with billions of potential results.

Kickstarter supporters of HEX: Shards of Fate will be provided with a variety of unique collectable rewards including Beta invites for early access to the game. Depending on their pledge level, backers can receive exclusive cards only available through the Kickstarter campaign, customizable sleeves, starter sets, booster packs, in-game bonuses such as increased loot drops and special equipment, exclusive access to tournaments and much more. At the highest level, Producer Tier backers will receive executive producer credit, a vanity card and the once-in-a-lifetime opportunity to create their own personalized trading card.

Cryptozoics goal is to have the beta begin in late summer 2013, including Player versus Player (PvP) gameplay, tournaments and the first set of collectable Booster Packs, along with single player arena battles and character modifications.  In late fall, Cryptozoic will unleash HEX: Shards of Fate in its entirety, including dozens of Player versus Environment (PvE) dungeons with epic bosses, hundreds of Booster Pack cards and extensive customization elements for characters.

To learn more information about HEX: Shards of Fate and Cryptozoics vision, please visit the KIckstarter page at http://www.kickstarter.com/projects/cze/hex-mmo-trading-card-game.

Founded in 2010, Cryptozoic Entertainment, Inc. is a premier developer and publisher of original and licensed board games, card games, comics and trading cards, including the World of Warcraft® Trading Card Game, Food Fight and The Walking Dead Board Game. Following a philosophy and core principle of "Fans First," the dedicated gamers and fans of the Cryptozoic Entertainment team are focused on producing fun and amazing products along with epic events that bring all gaming fans together as part of the Cryptozoic community. For more information, please visit http://www.cryptozoic.com.

For gaming news from around the Internet delivered direct to your mailbox, sign up for the Spark Weekly Newsletter.