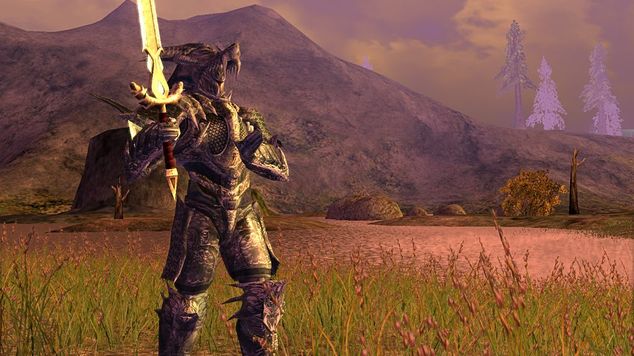 Darkfall Duping And Aventurine Inaction?
Darkfall has once again been rocked by another duping scandal and this time it was caught on video. Can Aventur

I try to avoid MMORPG scandals because they’re surprisingly common but seldom publicised because it’s bad for the genre and its bad for the game. Players will always try to find exploits and if they can get away with it, they will. More often than not though, they’ll be caught. Over on Sandboxer.org there’s an article that caught my eye this morning discussing Darkfall and a player, known by the name Juice, duping items.

Although there’s video footage of two players watching Juice allegedly duping, it transpires that Aventurine banned and then unbanned the perpetrator. When Juice was killed by those filming, he was carrying a horde of loot that no sensible Darkfall player would ever carry.

The article goes on to state that:

“The video was damning.  It showed 2 players clearly one being an alt account putting globules into, and removing globules out of a levy in effect duping, or at least trying to dupe.  The accused duper had 5 pairs of requisitioning gauntlets on him, and over 400 globes when he was killed.  Typically in Darkfall players would never bring over 120 globs to a levy.  Players would certainly never bring 4 pairs of full dura high quality leenspar gauntlets with them to a single levy.   To put it in perspective, it would be like an Eve player purposefully going into pvp with 100 million isk worth of raw materials on him when he knew he could easily avoid it.”

Needless to say the video was quickly uploaded to forums, the community got royally pissed off and Aventurine took action by locking the forum threads and banning the user. They later reversed this decision on the basis that they didn’t find anything incriminating:

“As we didn’t locate any duped items in his logs, we changed the suspension to a temporary, weekly one for trying to reproduce a bug with the sole purpose to exploit the economy.”

Considering Darkfall has a sketchy history on duping, this isn’t the sort of press coverage that Adventurine want. However and to play devils advocate, the video doesn’t explicitly show him duping it simply shows what appears to be an attempt and him carrying a silly amount of goods. I still think he should serve a long term ban for the attempt but considering he is alleged to have transferred all his items to friends before any action was taken, he’d easily be able to get back up to speed.

Although there’s links in the post that suggest droves of players are leaving Darkfall because of this latest issue, I really can’t see it. People get annoyed, they take a break and come back. I remember my friends and I once found a bug in Neocron where you reached the maximum amount of money (32 million credits) and transferred all of it back to your friend using the trade window. When they accepted, you’d still have the 32 million and they’d have it to. It was such a simple exploit and as far as I know, was never fixed despite being reported.

I hope Darkfall recovers from this but I suspect like many niche games there will be more exploits found in the future because the development teams just don’t have the resources to find them all.