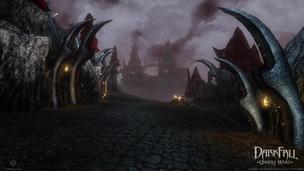 Darkfall Team Threatens Cheaters
After a relatively hectic beta and an almost "rules free" launch period, the Darkfall developers have finally b

Unattended macroing could get you kicked anywhere in the world depending on the situation. You engage in it at your own risk.

Any use of third party programs which modify or alter the game including cheats, hacks, mods, bots will instantly result in a permanent ban. There will be no appeal. No excuses such as I was just testing will be accepted. We will detect and enforce aggressively.

Want to learn more about Darkfall? Make sure you check out our preview!